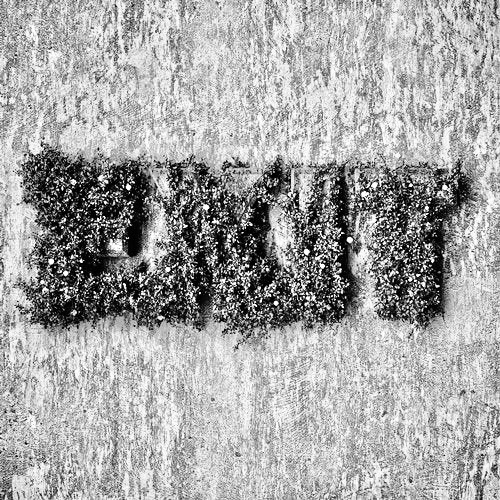 Assuring confidence through virtuoso collaborations, Dario Sebastian — Ditian for short— delivers his first solo EP, striding between electronic music’s technicality and sentimentality. The digger persona has burrowed his tracks deep beneath the ranking soil of renowned labels, such as Innervisions and Exit Strategy. Ditian has received recognition and support from Âme, Dixon, Frankey & Sandrino, Trikk, Mano Le Tough, and Tale Of Us. The Argentinian DJ/ Producer’s recently instituted ‘Paranoia’ on Sum over Histories label and has been (re)cast on the two latest Secret Weapons compilations with tracks ‘Fine Day’ and ‘Far From Here’. Ranging from Hernan Cattaneo to Dixon, the IT-tech uproots relationships within the extensive underground electronic system; networking between varying crowds and presumed tastes. Following Nandu’s most recent interludes on Exit Strategy, Ditian’s releases his EP on the label; meandering along a deep house/techno vibe and allowing futuristic trajectories to scuff away neurotic anxieties. Throughout the four-track EP, Ditian synchronizes analogous tempos and flickers around similar percussive elements. Offering a stroke of insight into his present direction, the complementary nature of the tracks represents a cohesive resonance and coalesce energy.

To introduce the EP, Ditian steers a man obsessed with time in — supposed — linear direction. The combating elements chug along disappointing perspectives, neatly laced by yours truly. Whip-lashing synths conjure an attack intensity – consoling when embraced and punishing when resisted. As if adhering to societal expectations, the layers thicken in complexity and intensity. Defining and refining wrinkles around a smirked mouth, the track’s direction briskly detours off a dynamic cliff edge. The deep breakdown spits out mentalities into an unforgiving raft, yet the tide’s main riff maintains a moderate and controllable rhythm. The undercurrent’s clean snares and twangy hi-hats tag-team around the track’s percussive loop. Strategizing to stay afloat, the rolling drums resuscitate breaths of relief, bringing over the realization of the hegemonic distortions – cemented in rules and rusted with fear.

Unlocking the next level, ‘Brutalism’ permits a discreet bliss, as if learning the rules just made it easier to break them. The banging drums help unify the supplemental particles and consolidate the dark hues of a storm cloud. Leaving waterworks cleansed and rejuvenated, the track glistens with bright keys and a celestial melody. Brutalism is a raw architectural technique that boldly paves in monochromatic concrete and flashes invulnerability. Balanced elements hold the same amount of horizontal space and permit ornament impressions to chip away. Muffled claps design a crisp groove that is powerfully simplistic and strikingly omnipotent. Amid mundane perfection, the keys increase in seriousness and the structure in vigor. The electric guitar marks mid-track as well as a notable place with the EP. Shedding parasites that once sought refuge underneath calcified scales, the track stretches with possibility and tightens with youth.

‘Chromatic Minimalism’s rhythm cements itself into a colorless mosaic of reflection while shrilling AI sounds loop in a reverb of rhetoric. This track would be well suited for an underground warehouse party to help escape the chaos “upstairs”. The percussive-heavy cascara sets the tempo while the futuristic robotic samples evoke a modern complex. Chromatic minimalism is an alternative way to produce photos in photography. By focusing on few colors — when rendered — their pigments transcend their form, resulting in an illusion of the senses. Typically function typically follows form, that is, aside from modernist architecture. Winding in an impetus of hard-hitting drums helps to enliven pitches that lay outside the gamut. Mutualizing off one another, rattling tambourines circle the ear and successive vibraslaps swirl inward. Once the tinny cowbell strikes, a balance is restored amongst the track’s present-day abiotic factors.

‘Time Is An Illusion’ meets a celestial eye to Brutalism’s elements, meanwhile the delusion of a predestinated path is lost through blinded sight. Ditian has versed himself in remixing vocal samples such as ‘Fine Day’ for Secret Weapons Part 11 and other melancholic vocals from respected artists such as Bob Moses, Jamie xx, and Moderat. Provoking a mental disassociation, the vocal sample in ‘Time Is An Illusion’ is also featured on DJ Koze’s ‘XTC’ and proven to secure dance-floor phantasms. The vocal’s brevity expands and contracts in accordance with the rhythmic fluttering of the mind. Linear and luminously aloof, the elements reflect the relative division between the shimmering past, the captivating present, and the sedating future. Eventually time’s intrinsic bomb ticks and clicks down heart-beats to an inevitable silence. At 5:20 a spotlight is shone on a murky and incredibly deep melody, adding in some of Ditian’s previous airy sounds with Kevin Di Serna in ‘Crystal Forest’.

Falling underneath the melodic house/techno umbrella, Ditian’s tinkering robotic synths drip and drop around celestial grooves. Projecting a fluid placidity, tinny shakers clatter against striking synth-solos and flow in a bold tranquility – present and unforced. The EP’s percussive loop in ‘Broken Scenario’ battles the elemental layers of uncharted ruins. Next up, ’Brutalism’s high pitched keys help lighten the weight while the electric guitar’s intensifies gazes. Furthermore, the robotic samples and brassy cowbells in ‘Chromatic Minimalism’ twist and turn around the EP’s contemporary circuit. And in due timing, ‘Time is an Illusion’s deep sequences dance around the clock while the EP’s only vocal imprints an eye-closing melody to bask in. Tempering with nostalgic and futuristic tones, Ditian’s EP captures aligned essences with his recurrent melodies. Thus far, Ditian’s potential to independently construct wave mechanics has proven successful and further demonstrates his ability to parcel sound particles throughout time.

Ditian’s ‘Time Is An Illusion EP’ was released on August 15th on Exit Strategy.