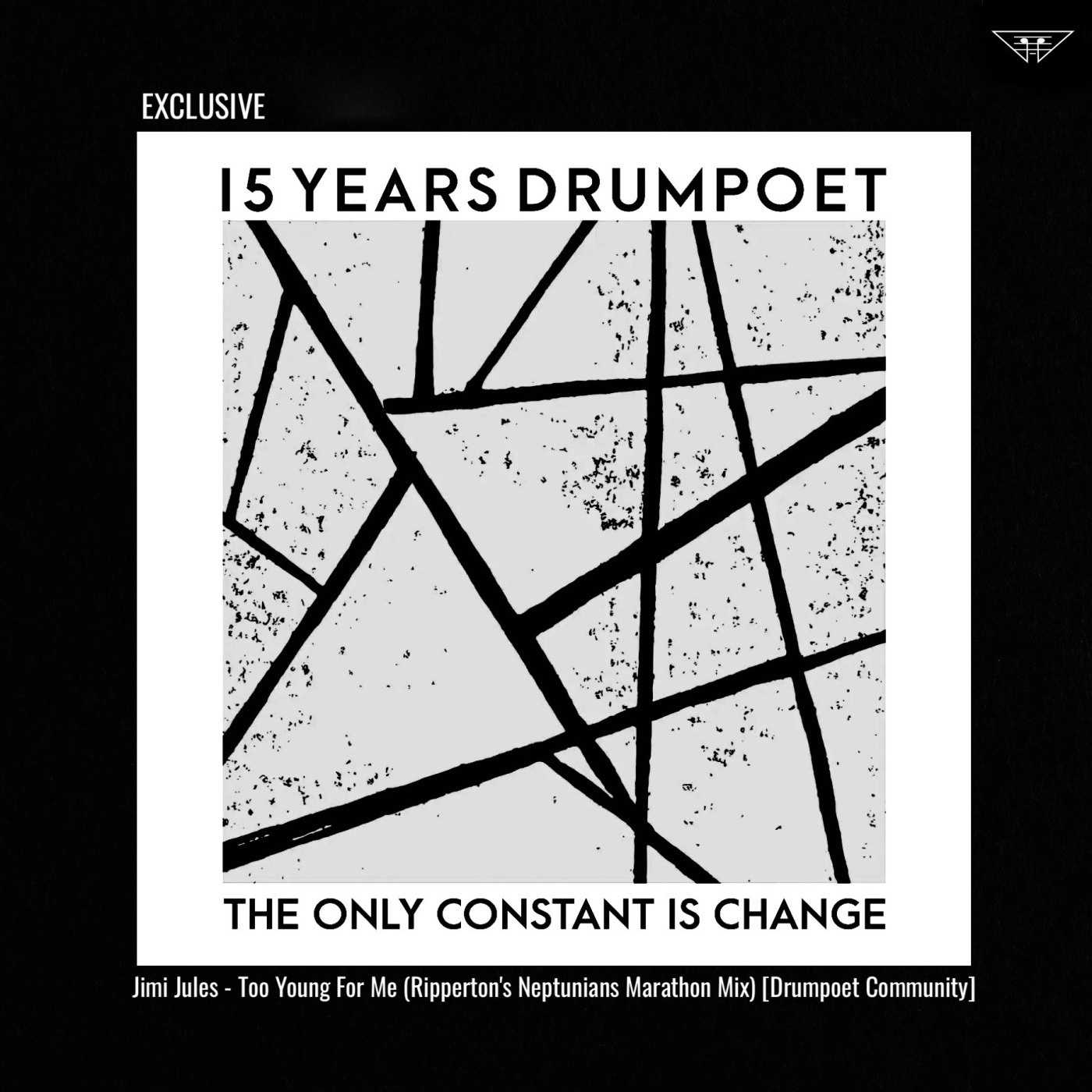 Swiss label Drumpoet Community celebrates its 15th anniversary with various releases from artists who have played a significant role in the label’s history and beyond. After first festivity outings from Lauer, All Is Well, Manuel Tur, Roman Flügel or Kalabrese, the time for a retreatment of Jimi Jules’ track Too Young For Me (feat. Jaw), which was originally released on Jimi’s Equinox album on Zukunft in 2016, from long-term friend and considerable artist Ripa alias Ripperton. With releases on ESP Institute, Maeve, Compost or on his very own label Tamed, just to name a few, Ripa’s made a name for himself that goes beyond the so called underground but despite his (international) success has managed to stay true to himself as well as his musical roots and implemented a sound of his own throughout the years of his career. A raw and stripped back bass line sets the foundation of Ripa’s remix approach for Too Young For Me, which is added the original vocals and a simple yet subtle array of chords creating some warmth, and almost funky harmony in the overall pretty techno-ish coming in track. Less is more in this case and Ripperton masters this approach in the best way possible to create a remix that truly deserves to bear the name.

Jimi Jules’s Too Young For Me (Ripperton’s Neptunians Marathon Mix) will be released on Drumpoet Community on Juli 1st, 2022.