Residing in Barcelona but musically growing up in the Parisian scene Molly recently contributed two tracks to Fort Romeau and Ali Tillett’s Cin Cin label to round out the latest split EP ReRoute / Mr Ro Land with Joseph Ashworth. Despite discovering electronic music a bit late Emeline, Molly’s first name, boasts quite an impressive yet selective discography with her Waves EP on Giegling, out in 2018, being metonymic with her big break in the scene. Before the artist had released music on her own imprint RVD as well as Lisbon-based label Groovement or Aku. With her sound described as deep and connected to the House-genre, Molly also has a preference for deeper and more dubby Techno tracks as she says that soon will see the light of day. Until then the artist provides us with the latest information about her EP on Cin Cin, speaks about the perfect timing in her career, her academic studies and her former job at Rex Club.

Entering at a younger age would have been a nightmare for my parents.

Torture the Artist: Bonjour Molly, thanks for taking to the time to chat with us today! Can you describe your surroundings and name the last thing that made you laugh?

Molly: Bonjour! I’m actually at home, in Barcelona, hosting some good friends for the weekend. The last thing that made me laugh? I would say the talk I had with my friend, about a man he was dating yesterday… he always has crazy stories. <winks>

Torture the Artist: As you’ve stated, you discovered electronic music a little “late”; although 23 years old is still early. From an alternative perspective, why do think entering the scene at that age was maybe “perfect timing”?

Molly: Well, most of the DJ’s that I know were into electronic music at the age of 16-18. That’s the reason why I say that I discovered it pretty late. I discovered the music and clubs at the same time. I was going to a lot to concerts and really wasn’t aware of the club scene, as we know it now. I came to it at the perfect time, for sure, because I was already an adult. I had made my mistakes. Entering at a younger age, I feel, would have been a nightmare for my parents.

Torture the Artist: Let’s talk about the present, you have a split EP with Joesph Ashworth to be released on Fort Romeu’s label, Cin Cin. Could you give a little background of how the EP came to fruition? What did the collaborations (if any) look like with one other?

Molly: It all started when I received a message from Fort Romeau, saying really nice words about the track I released on the DIAL 20th anniversary compilation. We started to talk from this point and he asked me for some music… after sending him a couple of tracks he offered to release them. It was so unexpected and I was very happy to finally be able to work with him.

Torture the Artist: Your tracks on the EP titled Mr Ro Land and You Shine, both flow rhythmically deep; where did you produce these pieces and where do they take you personally? With this, is there anything else you’d like to share about your process?

Molly: Both tracks were produced in Corsica, where I spent the lockdown… I had to go through different mind-states, like all of us I guess, and was testing some new stuff, exploring new directions. These are the tracks that came out. I did not have my hardware with me so I had to improvise, buying lots of VST (the Arturia ones are great by the way) and deal with what I had. It was pretty challenging but I’m happy that they found a great home with Cin Cin.

Torture the Artist: When listening to the EP in entirety, how do you feel the two sides complement one another, versus if they stood alone?

Molly: Actually yes! I find both complement each other well. They have the common factor of their deep sounds… I like the concept of a split EP and getting to feature alongside another artist that you respect!

We need to feel attached to the ground and nature more than ever.

Torture the Artist: What are some more recent inspirations (musical or not) that have fueled your contemporary soundscape?

Molly: With this COVID situation, I have to admit that I’ve listened to very little club music and am more into ambient/organic sounds. It has something to do with what’s happening for sure. We need to feel attached to the ground and nature more than ever. For instance, I’m preparing some music for a Yoga/ Meditation retreat, which fits perfectly with my actual mood.

Torture the Artist: To our understanding, you have switched around the order of your name a bit. Can you tell us a little more; why did you choose to shed your first/last name for your alias?

Molly: Well, recently I started to release under the moniker “Emeline”, my real name. I had some deep techno tracks that I wanted to release one day and I found the perfect label for it: AEX. My music seems to always be classified as “House”, by those that like to put artists into boxes. Personally, I like lots of music and different sounds, from Techno to Ambient, and I do produce in between those two genres. Because many link the name Molly with the “Deep / House vibes”, I together with AEX, decided for these tracks that “Emeline” was more appropriate. And so this is the beginning of my new techno project. 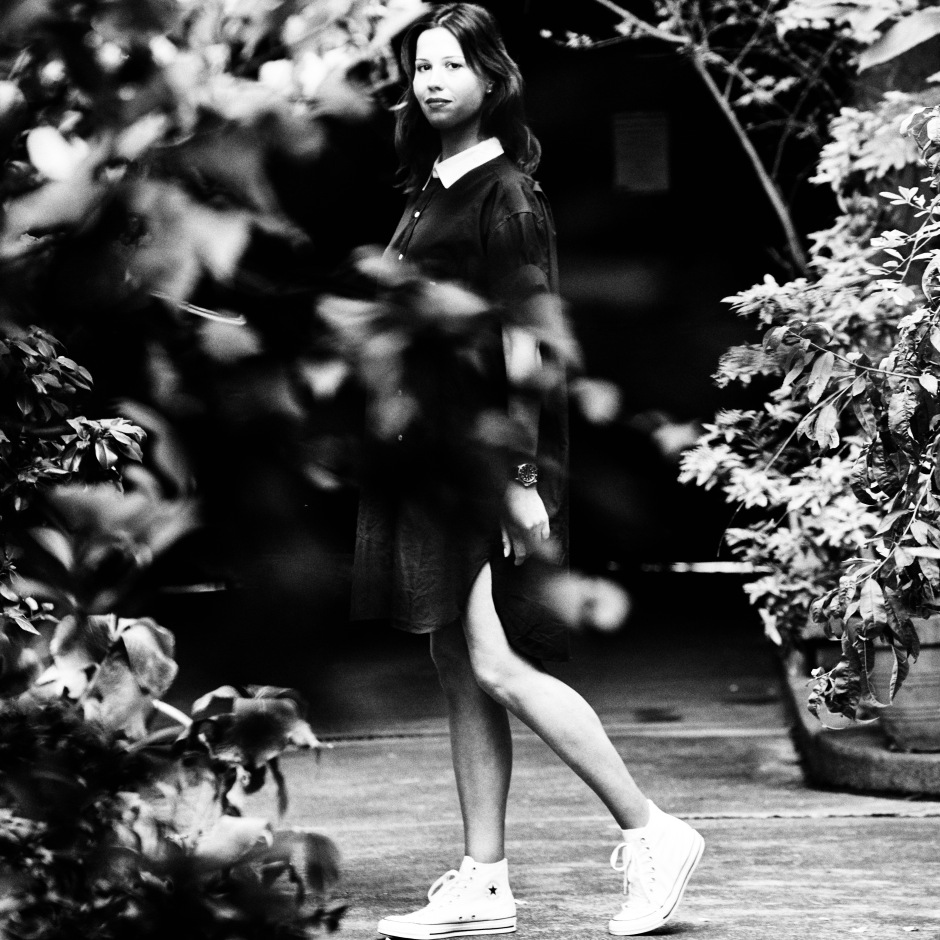 Torture the Artist: By what name do your friends/family know you? If you were hosting dinner for close ones, what would be your favorite dish to make?

Molly: My friends and family know me as Emeline or Molly. I answer to both names when they call me. If I invite people for dinner (and I like cooking), I would start first with a Ceviche, followed with a “Julienne de légumes with Cod filet“, cooked in miso bouillons. I love to cook fish, it’s my favorite!

Torture the Artist: Your label RDV (Récit de Voyage) exhibits talented friends whom you have met along your path(s). How do you choose to compile artists for each release, is there a thread that interconnects them, are they connected linearly throughout life’s timestamps?

Molly: Actually no, nobody is connected. Or maybe very few of them. It’s only the artists I meet during my travels. People that I have a good connection with. Some of the artists I’ve never met before, but we connected with the music. Music is an international language, and when you run a label that is proven even more. When the music talks to me, when the music tells a story, then it’s for me. That’s the reason I picked this label name. 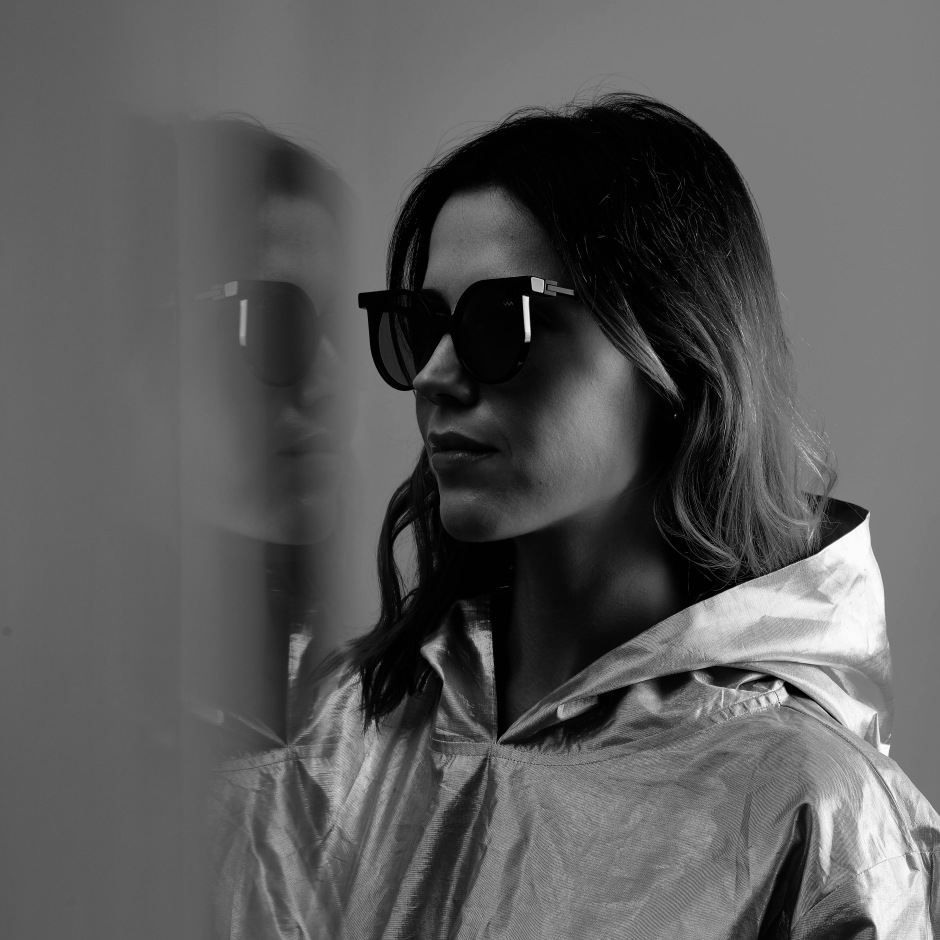 Torture the Artist:When you had your Rex Club hat on — as Communications Manager — you had been deejaying for quite some time, yet most DJs you knew had no idea you played. Did you feel that being a female in the scene was a partial player for withholding this information; or was it perhaps that instead of promoting yourself, your (humble) personality is what kept your “hobby” personal?

Molly: It has nothing to do with the fact that I was a woman. At all. It was simply because I wanted to keep my work and hobby separate. I don’t know if that’s being humble, more that I like it when things are done in the right way. When it’s deserved, and not to be too pushy. So I worked hard for that. Of course, a lot of people said and will say, that I was playing only because I was working there, and only because I was lucky to be there (people always talk anyway), but it took me some years to play there and I never programmed myself. I wanted to be ready for it. So when I was hosting artists I would never feel it appropriate to talk about me, deejaying, as I hadn’t even considered myself as a Dj, even if I had been playing for a while already. I always wanted to leave that as a surprise… This is how I proceed. I’m not the kind of person who puts myself upfront, in the spotlight. I’m also a little shy too.

Torture the Artist: We know that you educate young women on electronic music, encouraging them to find their way in the studio and behind the booth. Can you share insight into how it advanced your overall vision?

Molly: Well, that’s right … When I started deejaying, there were not so many women in the scene and most of the time we were not really considered by men. I had to learn many things by myself, and lucky me, being at the Rex helped me a lot to understand many things too.

But for those who evolve alone in their room, it’s more difficult. I want to show women that deejaying is not exclusive to men, that producing is not exclusive to men. I have been teaching electronic music production to teenagers for two years now. To teach them some of the skills they’ll need. It was also a way for me to show the young ladies that a woman can deejay and produce music too. I’m planning to continue this year too, but with younger kids, between 8 & 10 years old. I think it’s our role to transmit to the new generation if we want to see our society evolving. 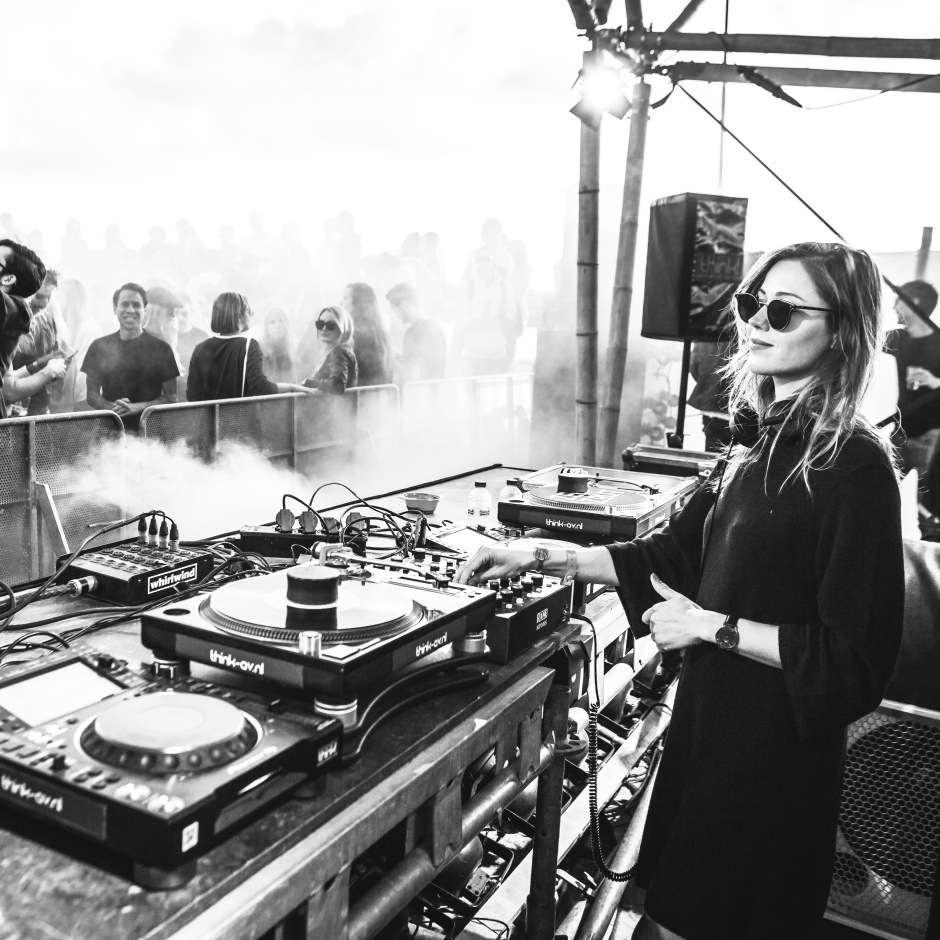 Torture the Artist: You have quite an impressive academic background, from communications to law, were you ever inspired to study music amongst other studies?

Molly: I never had the chance to study music, it was not in my considerations when I was young. I was heavily into sports. The yearning to study music came way later, and that’s why I’ve been learning music and taking piano lessons for the last two years… I always say that it is never too late to learn music and to play instruments. <winks>

Torture the Artist: What is something that you don’t take for granted — in your personal life or otherwise — and how has it filtered into your career?

Molly: Good question. Nothing is taken for granted for me, personal or professional… That is the reason why I’m almost never satisfied and always want to push things forward. I think we should never take things for granted. Always push ourselves to reconsider things all of the time and at the same time push yourself to move forward.

© other pictures in chronological order Romin Favre and ZeeZout