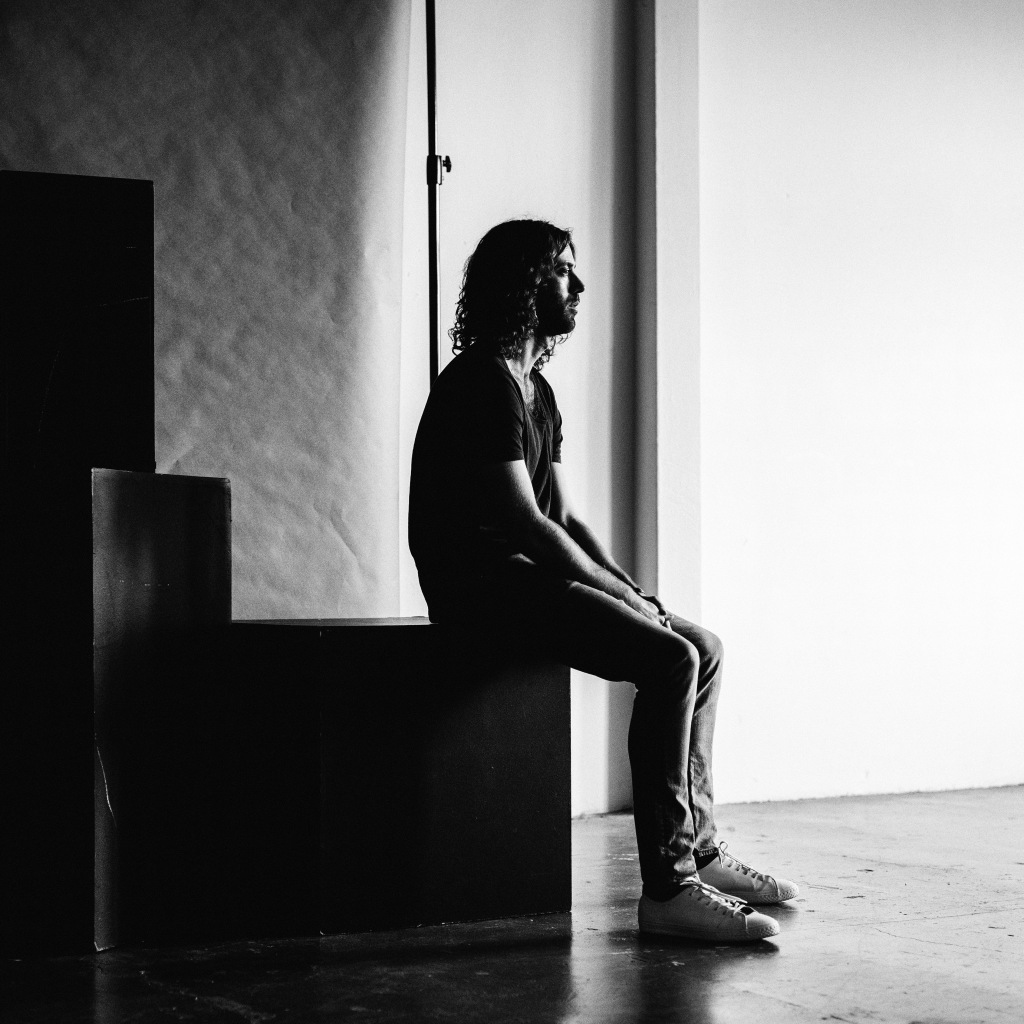 ‘We Love…’ at Space marked Ian Blevins‘ entry into the electronic music circus and ever since the British DJ and producer has spoilt its crowd with few but meaningful music on labels such as ESP Institute, Not An Animal or Futureboogie. Now Ian teams up with London based label Chapter 24 and contributes his longly neglected yet classy track ‘Tuesday’s Child’ to the label’s ‘Seven Stories: Tragedia‘ compilation. Longly neglected, because the track has been slumbering for some time on his hard-disk but now luckily is released. Shortly before the release and Ian’s gig in Manchester Torture the Artist had the chance to chat with the artist not only about the track’s long awaited release and how things came together with Chapter 24 but also about the early days of his career, distributing flyers on Ibiza, the pros and cons of his new hometown Berlin and much more.

Torture the Artist: Hello Ian, where do we catch up with you and what’s on your schedule for today?

Ian Blevins: Hello there. You catch up with me in a cafe near my home in Prenzlauer Berg, Berlin. I’m wearing a light jacket and its freakin‘glorious.

I’m off to play ‘Nite School’ in Manchester so listening to some music before I steadily make my way to the airport in a few hours.

Torture the Artist: Your track ‘Tuesday’s Child’ is about to be released on London-based label Chapter 24. What’s the anecdote that comes with the track title?

Ian Blevins: This would have been made a few years back, on a Tuesday funnily enough, post Ibiza and pre-Berlin, when I was back living in the North East. This was a time when I was making a lot of music and there’s still a lot from that period I really like. This is one, so I’m very happy to see it released.

Torture the Artist: Does the track originate from one of your jam-sessions and how did it make its way back to England, literally speaking?

Ian Blevins: As mentioned before it’s from a time where I was making a lot of music and making it quite quickly as well. I generally don’t think I do, which is why I think if I make something quickly it’s flowed quite well. This was one of them.

The reason it has found its way over the sea, and back again, is that I began speaking with Marcus at Chapter 24 about doing a remix for Kieran Apter, which is forthcoming. I know Kieran from working at ‘We Love…‘in Ibiza where we’ve both stomped the streets of that island dishing out flyers at one point or another. After I began working on that I sent Marcus a few older tracks I thought may fit or be good for the label. They, Chapter 24, chose ‘Tuesday’s Child‘ and asked to add it to this compilation. Which is where we find ourselves today. I think that’s what happened. It does sound about right.

It’s often an embarrassment of riches when it comes to events to go to on any one night.

Torture the Artist: As for as of now you call Berlin your home. Fairly speaking, the city never sleeps and gives home to dozens of artists and clubs. To what extend does the aforementioned support your lifestyle as well as your musical ambitions and what’s a downside of it?

Ian Blevins: I think to be close to these places and have the opportunity to attend so many musical events is great. Not only that but to be surrounded by so many likeminded people, no matter what their background is very inspiring.

The downside of it is getting enough sleep and not being able to do everything you want to. It’s often an embarrassment of riches when it comes to events to go to on any one night. Learning you can’t do everything and that you need time to look after your health is very important. Especially when you get over 30.

Music aside, I absolutely love the city itself. So much history, green space and things to do make it an amazing place to live. 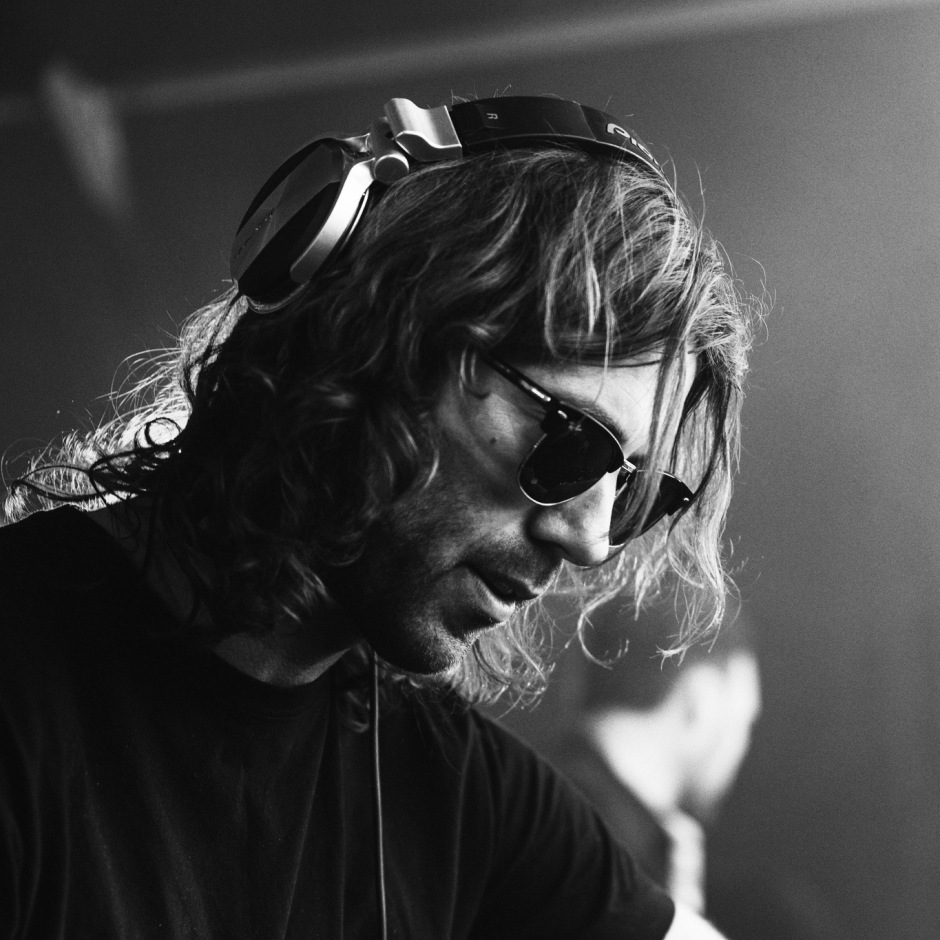 Torture the Artist: It’s well-known that you had a residency at Space’s party ‘We Love… Sundays’ in Ibiza. But when was your ‘first date’ with electronic music and what made you decide to go on a second one?

Ian Blevins: It probably began when I was at college with some friends there, and some I played cricket with. We used to listen to shows on Radio 1 from Danny Rampling & Pete Tong, and others like Roger Sanchez. As a result I ended taking a holiday to Ibiza as it goes where we went to places like ‘We Love…‘ at Space when the terrace was outside and ‘Release Yourself at Pacha‘. I had such an eye-opening time there that I began making the journey up to Newcastle from my village where ‘Shindig’ was my next port of call. I used to really like to get in early there and hear usually Scott Bradford and others warm up. Those nights at Foundation were some of the best I’ve had in Newcastle. Along with ‘Shindig’ another famous night in the North East, ‘To the Manor Born’ was one I used to frequent where Monday university lessons were often forgone.

It’s hard to see an underground scene or any kind of scene thrive or push things forward under these circumstances.

Torture the Artist: Ibiza has changed a lot in all aspects over the years. Would you still say that the distinctive Ibiza vibe is present and attracting the people who either once played a major role to turn the place into the so-called Mecca of electronic music or the people to keep it up?

Ian Blevins: I’ve not been to island in a couple of years, so I can’t really say for certain what’s actually going on there these days. Only what I hear from friends and read from behind my keyboard.

The one thing that keeps coming back I hear is the price of everything which continues to rise. And bars/ clubs and outdoor parties closed down because of noise complaints. It’s hard to see an underground scene or any kind of scene thrive or push things forward under these circumstances and in this environment.

There’s still a great amount of good clubs and parties on the island which make it a place worth visiting. Though you can always enjoy the island without going to any at all.

Torture the Artist: What’s a memorable moment you experienced on the island that has shaped you personally as well as an artist?

Ian Blevins: I don’t think there is one particular stand out. It’s all a haze of good times all in all. Most Saturdays/ Sundays/Mondays/Tuesdays for many years.

Stood in the middle of Discoteca hearing Carl Craig play his remix of  ‘In the Trees’ might be one though.

Torture the Artist: When looking at your discography your music is released on rather credible and artsy labels such as ESP Institute, Me Me Me, Futureboogie and Not An Animal. Do you follow a plan where to release your music and how you want to be perceived as an artist or is it rather something that happens quite naturally because you musically stay within reach?

Ian Blevins: I’ve never really sat down and said to myself, right I’m gonna ‘write’ some music to send this label or that label. For the most part if I did, it would end sounding like something else completely. I think it’s a good idea to make whatever you make. Then look at what you have and go from there. It’s the same approach with DJing. Buy music you love. After a while you’ll have enough music to suit any time and place.

Aside from Andy at ESP, I knew all the other nice likeminded folk at their respective labels from parties in the North East or Ibiza, and we all met and shared music that way.

The desire to DJ more gave me the kick up the arse to get into producing really.

Torture the Artist: Not much music of yours has been released or rather very carefully chosen tracks. How many unreleased gems are hiding on your hard-disc and what’s the reason that it seems you prefer DJing over producing, if that is truly the matter?

Ian Blevins: I think it‘s maybe because I come from a DJing background. The desire to DJ more gave me the kick up the arse to get into producing really. Over the last few years I’ve been sending less and less to labels and people too. Those that go through this process know how frustrating and tiring it can be which is why I’ve been keeping it to friends I’m already working with on the whole. I said this before but I do aim to start my own label to have more control on what is released and when, which is where I’ve kept a lot of my favourite bits for now. There’s a lot of different mints that probably deserve other monikers too I’m still struggling with to do with, if anything. Like I mentioned earlier, just make the music no matter what it is.

Torture the Artist: What’s an artist you would like to remix a track of yours, and why?

Ian Blevins: Going off my ‘In the Trees‘ mention earlier. Carl Craig as just about everything I hear from him is gold.

Give that baddie boss orc a good old fashioned knacking.

Torture the Artist: What’s a track of yours that would make a surprisingly good video game?

Ian Blevins: I’ll pick ‘Round Trip‘ on my Futureboogie EP. Could be a good one for some sort of battling space orcs fighting montage type level/scene. Give that baddie boss orc a good old fashioned knacking.

Torture the Artist: What’s an instrument you’d be keen to know how to play and use in one of your tracks?

Ian Blevins: I’d love to be able to play the piano properly. This is on my to do list for sure.

Torture the Artist: What would be a musical extravagance you would pay for, if you were very wealthy?

Ian Blevins: I think Burning Man is probably the one you need a lot of cash to go and do, that I’d love to experience. Japan, too, is right at the top of my list of places to travel and take in. I hear nothing but next level reports from everyone who has ever been. That is hardly around the corner from where I live either.

It’s best to know what you have inside out than buy new stuff for the sake of it.

Torture the Artist: What are three things most artists think that matter but really don’t?

Ian Blevins: Sounding like someone else; wearing black; having loads of different equipment. It’s best to know what you have inside out than buy new stuff for the sake of it. Having said that… new toys. <smiles>