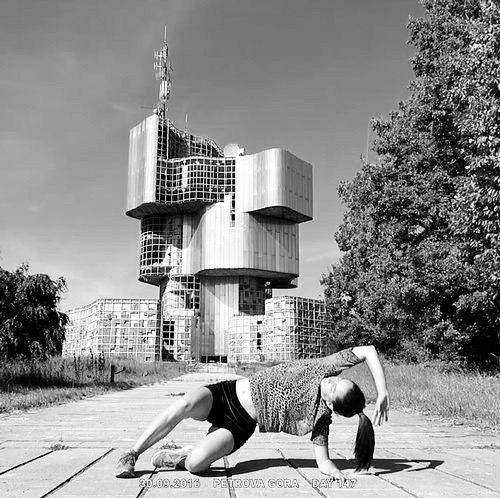 Innervisions – introspective, prophetic, expressive. For a label that thrives on an inward, emotion and motion driven trajectory, starting its 18th year off with an EP named ‘Broad Horizons’, in broad terms, are either audacious or dissonant, or both. Acclaimed for its selectivity, the label, founded in 2005 and ran by three electronic music playfield bigwigs, has been a reliable harbinger of music trends, and with an impressive roster of skilled producers and DJs dallying its ambit, garnered through the years, a salient say so within mainstream and underground communities. While it always stretched its boundaries, or horizons so to speak, Innervisions did so in a rather safe progression. 2017 concluded in an artful infusion of organic Arabic-influenced folk music, after a historically and culturally-sedimented musical voyage around Mundo Ritual and a labyrinthine breakthrough from the underground; all innovative and incendiary, but still easily conceded into dance floors. Many of Innervisions’ 2017 emissions infiltrated sound systems in festivals and clubs worldwide, months, even close to a year prior to release date. But come 2018, out of leftfield, a renegade sound from a seemingly different sun, vested in a provocative cover of unprecedented agility, broods in three tracks that wreathe and writhe in a non-linear locomotion.

Not only did ‘Broad Horizons EP’ dawdle under the radar much less conspicuously in a more silent ingress than its predecessors, so did its maker. Marcus Worgull is no newcomer to Innervisions, and certainly not a newcomer to the underground electronic music scene, manifesting longevity and versatility by maintaining relevance through almost two decades. A self-taught DJ/producer without the usual music-rooted genealogy, the former record store owner has only sired nine releases as Marcus Worgull, which of only four are solo ventures, since he broke into the industry in 2001. After a year away from production, and three years free of extramarital affairs with Innervisions, the Cologner, who engineered the label’s second release back in 2005, was then an integral obelisk of its infrastructure, and now an old spark rendered as a conduit into a dynamic new chapter.

Starting the three piece Worgull production after a three year interlude, is Worgull’s re-encounter with the vocalist, Fink. As revealed by Worgull in his latest interview with Torture the Artist, the emergence of IV77’s title track, has quite an interesting backstory. One out of a few experimental collaborations between the German DJ/Producer and English singer/songwriter since the former’s bootleg gambol with the latter’s ‘Move On’ in 2011, ‘Broad Horizons’ starts the EP with a style more concurrent to the sound of Innervisions. The track starts off with a lightly treading, generally upbeat bassline, complicated and complemented with a subtly brooding Balearic guitarplay which careens Fink’s haunting, soul-reaching berceuse right at one minute. Fink’s incantation, heavy and impassioned, draws on gripping, repetitive lyrics, inspired by a soulful rhythm and groove, peppered with dub, and techno elements. Broad Horizon laments but remains hopeful, introspective and farsighted at once.

In between ‘Broad Horizons’ and ‘Skango’ ‘Seen’ is a track that can easily be overlooked – middle child, almost blandly named, another ambitious track from Worgull set in the intrinsically harmonic and melodious keynote, emotion driven Hans Zimmer favorite, D Minor. Seethed in scintillating synth and guitar riffs, orbicular electronic dribbles, and a groovy drumbeat and grassroot rhythm that take advantage of polyphonic structures and modulatory space, is the key’s dysphoric disposition that may not necessarily be ‘Seen’, but is essentially present. Worgull showcases the complexity and beauty of dub in this mesmerizing, hipsway-inducing piece, that in various levels, is simply put, strikingly impressive.

The label’s 77th installment ends out warm and spacious, collocating temperature and temper with organic sound structures that carouse, and spiral in and out in circular motions. The 5:39 minute track is restless from the getgo, percussion-heavy and abrupt. Cuspate drum and anarchic bass wrestle, ventilated by an erratic dribbling of polymorphic reverb – the fertile ground for dub. Innervisions wallowed in afro influences in 2017, but its futuristic, complex and textured cousin, finnageled its way into the limelight this time around. Dub, a Jamaica-born and bred offshoot of reggae music, focuses on the breakdown of musical components and their raw and humane reconstruction; quite analogous to the rich and emotive culture of a post-colonial, Afro-rooted, body politic, when we come to think of it. It takes a few listens to comprehend the complexity of ‘Skango’, and the elaborate nature of its primary fabric. The consanguinity of Skank dance and Tango, are seemingly counteractive, but both driven by emotion, share a level of sensitivity which allow tenderness to uncoil. ‘Skango’, a track title of dub pioneer, Lee ‘Scratch’Perry’s 1975 composition, is dubbed – no pun intended – after the peculiar dance birthed out of an odd intercourse between a rough, often maligned, dance characterized by flailing, fist punching and controlled body jerking and the romantic South American dance of lead and follow, propelled by graceful swaying and a careful control of space between bodies.

Opening up 2018 after a lucrative past year for the German record label, Innervisions as well as breaking silence from a transitory hiatus has put substantial weight on the Temporary Secretary inner circle member’s shoulder, but Marcus Worgull broke through loud and enterprising. A derivation from the Greek words,  ὁρίζω horizō, ‘to divide”, ‘to separate‘, and that from ‘ὅρος‘ (oros), ‘boundary, landmark‘, Horizon is often a forerunner for change. Handling dub in such a sophisticated manner was no easy task, but Worgull’s deftness and endurance through almost two decades in the music industry, pushed him and the album through. We may just be on our way to a new milieu of music – a dimension where innervisions and distant horizons can skank and tango, obscure and reveal itself at once. Or perhaps we have already arrived there. (Marie)