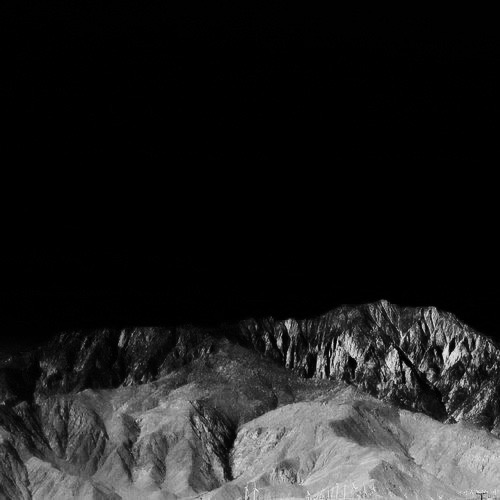 When Keinemusik’s &ME spewed his striking rendition of Joris Voorn’s ‘Homeland,’ it was hard to imagine that the track could get even better. After stripping away the distinctive vocals which Matthew Dear has conceptualized and rendered himself, &ME drew on his strength – a percussion heavy, groove driven, organic touch, to turn the track’s temperatures up a notch. Voorn & Dear’s ‘Homeland’ untouched, chronicles the expense of fame, and congruent to the theme of ‘land,’ the age-old adage of grass always seemingly greener on the other side . While Dear’s lyrics, sought and somehow reconciled with a sense of ‘home’ as he references to a consistent presence towards the end of the verse – who or whatever it may be – the six and a third minute track’s climate is rather cold and damp, workable but not necessarily comforting or evocative of a sense of refuge. But blithely, ‘Homeland’s’ journey, doesn’t end there.

‘Homeland’s’ alternate course began with &ME’s fearless deviation from the Voorn original. Casting out the entirety of Dear’s vocals, the German producer harvested the essence of the Voorn/Dear collaboration and took each strand as far as it can go. Applying his distinctive &ME flavor, the Keinemusik co-founder, known as Andre, succeeds in yielding a more dance friendly, less melancholic production. Antithetical to the original which starts off with a cold, lonesome croon, &ME plunges into ‘Homeland’ with plush percussion and a fluid bassline. A primal groan weaves in and out of the consistent, heat inducing drumbeat, with cuffs of steadily intensifying soft piano notes. He then subtly and progressively interjects his rather odd, almost intrusive yet aurally complementary vocal sample of choice – a tender characterization of the neanderthal species. A bit farfetch from the idea of ‘Homeland,’ this may just be the one awkward part of the track. Speeding ‘Homeland’ two BPM faster, the Berlin-based  producer yields a sprighter new transmutation, with a much higher potential to ignite dancefloors than its predecessor. And it had successfully done so, from underground clubs to festivals. However, it is &ME’s rework, conjoined with the vocalist, Simon Jinadu’s lyrics, that prevailed through time – vibrating with airwaves throughout the globe- from Amsterdam to Australia, Asia to Safo, even after more than four years since recording.

Jinadu is no amateur in the electronic music underground scene, perhaps underrated, the Traxsource #27 vocalist’s soulful amulet rivets productions all across the genre and beyond. Teaming up with Raw District, Fake Mood, Om Unit, E&P, Alessio Pagliaroli, the versatility of Jinadu’s tenor is apparent in his diverse roster of co-collaborators. Label kingpins such as Dixon of Innervisions, Siamese big cats, Adriatique, Freerange commander in chief, Jimpster, and Sum Over Histories’ dynamic duo Frankey & Sandrino have dabbled with the vocal-driven songs of a common denominator: a humble, low profile but gifted Londoner of African roots.

&ME played a crucial part in bridging Voorn & Dear’s original with Jinadu’s experimental byproduct. Essentially, the vocalist worked directly off of &ME’s interepretation of ‘Homeland’, and simply added his vocals. However, this touch cannot be underestimated, elevating the track to an astonishing level. While Dear’s lyrics delves into the cold reality of emptiness and melancholia after achieving success and waddling in fame, Jinadu, does not counter, but elicits the more poignant and hopeful motivation behind pursuing one’s dreams. The vocalist jumped into ‘Homeland’ at that precise drumbeat as though he knew exactly what &ME was thinking, and integrated his verse into the rhythm and melody, smoothly, seamlessly and flawlessly fitting. Jinadu’s self-made lyrics provides an alternative course to the bittersweet conundrum of success as the original. He swims in &ME’s waters without disrupting the currents, and upon realizing the producer’s direction, he dives at exactly the right time, even with jabs of aberrant groans of non homo-sapiens, pummels through unabashed.

A widely acknowledged plight of life as an artist is the loss of the sense of home, as Dear’s lyrics points out. There are many quicksands and hogwashes along the staircase or pathway, to success, and often, it is not only easy but likely to lose grounding, falling into the abyss of chronic displacement. This stigma has aggressively sought to define not only the path but also, ultimately, the end goal, not just in the music industry but in any field. Jinadu’s ‘Homeland Vocal Edit’, musically and lyrically, humanizes the odyssey of pursuing one’s calling: ‘all of my being, has been leading to this point and time,’ and sings about a more fulfilling motivation to get there: hope, faith and freedom, like the morning sun’. The culmination of Jinadu’s rendition of ‘Homeland’ also challenges the linear concept of time. Coming from different spheres of space and time, Jinadu and &ME, Voorn and Dear, all in parallel synergies, somehow find a way to agglutinate their energies to contrive a stunning and expressive song.