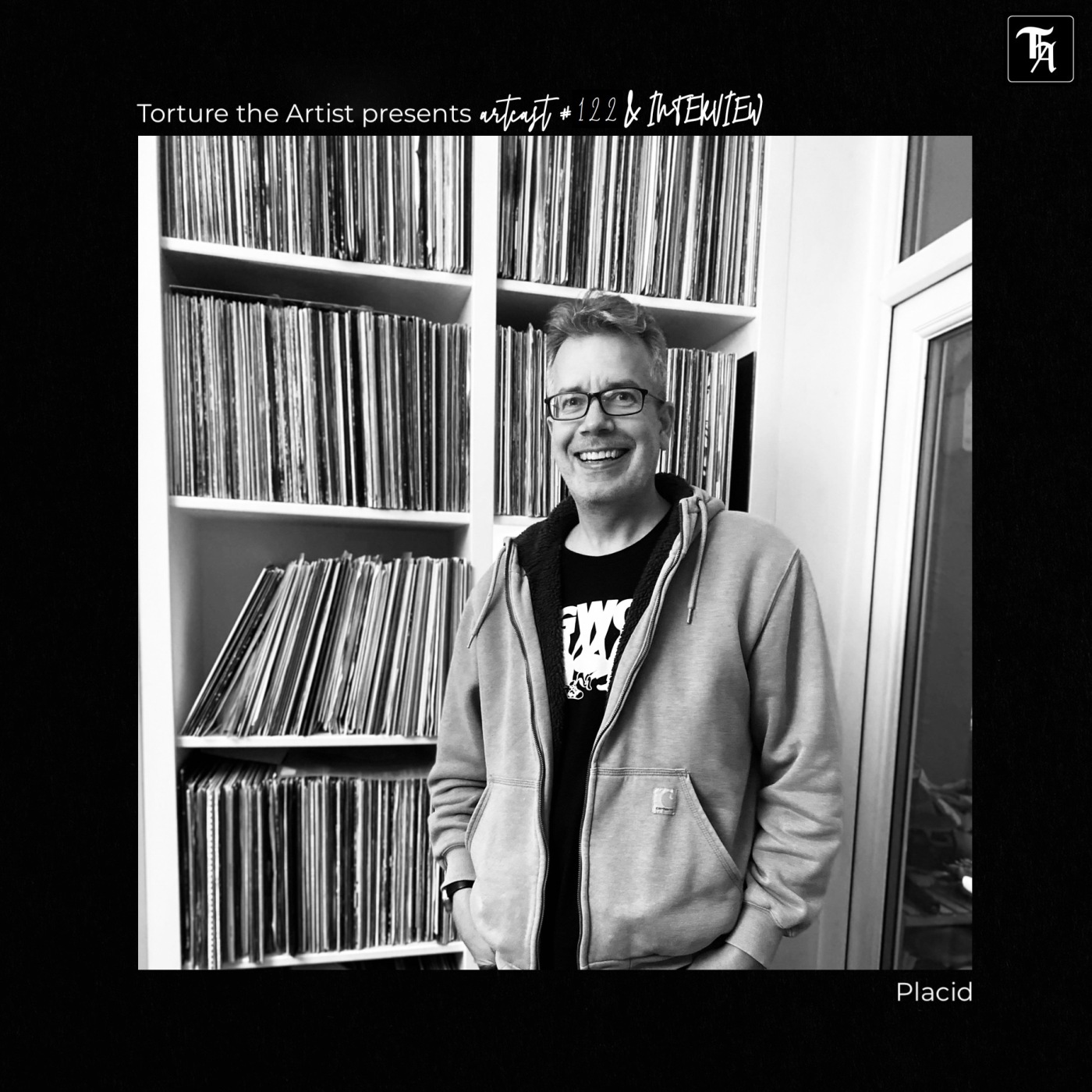 He’s the founding father of one of the biggest and most relevant groups for electronic music-diggers, where people can dive into the beauty of hidden gems, from the early days of House Music up to the present. But Paul Wise, better know under his artist moniker Placid, not only runs We’re Going Deep, the group, he’s also founded a label with the same name, on which he puts out music that’s deep and (partly) has an Acid twist, a preference Paul basically has grown up as he’s witnessed the beginnings of House Music in the UK and became officially a DJ in 1990, right after the Second Summer of Love. Ever since the Bristol-based artist has dedicated himself to the music and poured his love into it. For Torture the Artist Placid put together the latest art:cast, of course mixed and recorded on two Technics 1210MK2 on a Saturday afternoon and spoke about the We’re Going Deep-group, his early days in the scene, how he puts together the V/A EPs on the label, the reason why he has never produced music on his own and much more.

Torture the Artist: Hello Paul, tell us something about your day.

Placid: I’ve been busy at WGDHQ for the Luke Vibert 12”. Finalising the orders from the EU, so that a few of the ltd edition 12s can be sent without the fear of additional VAT. Listening to a few potential tracks for future releases and balancing my bog standard day job in between.

Torture the Artist: Your artist moniker is Placid. Hand on your heart, is it a blend of your name Paul and Acid, does it describe your nature or something totally different?

Placid: That’s exactly what it means. A friend came up with it. I was always Acid Paul, then Acid Pl, then Pl-acid.

Torture the Artist: You’ve started with DJing in 1988 and basically witnessed the early stages of House Music in Great Britain and how it evolved from a youth(sub)-culture to a worldwide phenomena. What was the moment or the track that made you ‘fall’ for the music and what has tied you to the music for so long now?

Placid: I went to a few parties in ‘88 when I was still quite young but really got into it in 1989 during the big M25 Warehouse parties. I didn’t start DJing until 1990, officially, the track that probably started it all was Phuture – Slam. The Acid in that track fizzing away, the thunder, and the kick properly sent me off one on and Im still travelling. 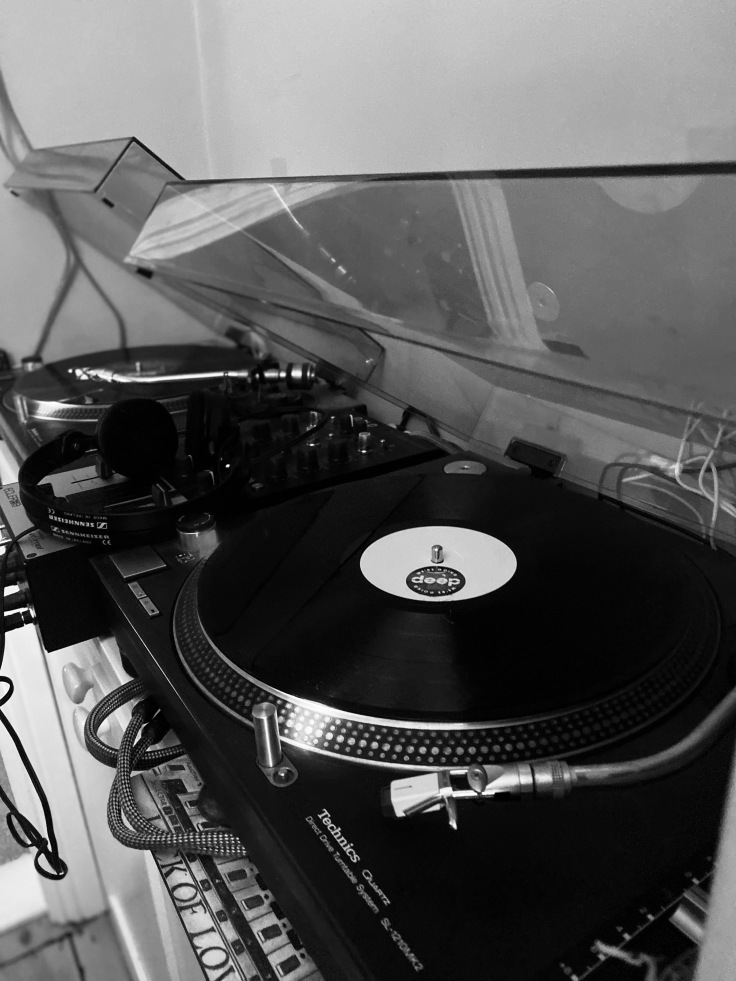 Torture the Artist: You as a person are closely linked to the music-digger group We’re Going Deep and the eponymous label. The group has grown to 15,300 members already and provides music enthusiasts with meaningful music. Would you say that the group is a labour of love for you and how has it musically influenced you or made you find music you had not been aware of?

Placid: It‘s my group, and I started it to promote my radio show and I also had a bit of help and guidance from my friend Murf. The group is fairly self sufficient these days although I have help from Mart at removing spurious member requests. We do still check most all posts for quality control though and try to make sure that posts contain some sort of text and not just a link to a YouTube-page. <smiles>

Torture the Artist: Around 15k members – one record for each member or how many do you store at your home?

Although records I’ve bought through the internet are probably my most valuable, my most precious are the ones I’ve been given by friends and found in a record shop sessions.

Torture the Artist: Let’s dig a bit deeper into your music collection, what are your (personal not financial) most precious records and what do you connect with them?

Placid: It‘s probably more of a section rather than one or two and that is my Chicago House section. It’s the section that is right next to my decks and holds the most memories of hearing them out then tracking them down. Although records I’ve bought through the internet are probably my most valuable, my most precious are the ones I’ve been given by friends and found in a record shop sessions with a mate or two. I can always remember where and when I bought them.

Torture the Artist: What are your three favourite all-time findings in the group, and why?

Placid: Iron Galaxy – Refining Fire – It was originally posted by Derek Carr so you know it was going to be quality and it literally just blew me away.

Herbest Moon – Blow Your Body (Francois K Dub) – Another post from a fellow collector. I’ve always loved FK’s dubs and this one is right up there.

Reload – Soaring – One of those track I had seen around but never really listened to in full. It now never leaves by record bag

The idea hind the group (and the label) is to try and provide a bit of variation but still keep it deep.

Torture the Artist: Besides the group you also launched the We’re Going Deep label a while back. Now the fifth various artist EP is on its way. Musically you are focusing on Acid with this release, what made you decide to compile a V/A with this kind of influence only and how do you feel the EP is connected to the previous ones?

Placid: I naturally gravitate towards 303 based music and could probably do some pure Acid based volumes but the idea hind the group (and the label) is to try and provide a bit of variation but still keep it deep. 006 has no 303 on it so it all balances out in the end. It’s really difficult to keep them all connected and it’s not something I am consciously trying to do. Maybe, through my selection, there is a sound forming but I can’t see it myself. I just want to release some really good music and I try and select tracks which I think go together.

The tracks I select need to either give me goose pimples or a large grin across my face.

Torture the Artist: A moment ago we spoke via the messenger and you told me that you’re sent quite some music and you request music from artists and then put together the V/As. That sounds actually quite simple, how long does it actually take you and what do you do if you have a track that simply won’t go with the others but you are keen to release it?

Placid: It‘s more of a gut feeling how I select tracks. The tracks I select need to either give me goose pimples or a large grin across my face. Once I’ve got four that I think go together, I’ll send them to Johanz to work his magic and get them mastered, then send them on to Subwax. The process is usually a month or so. The pressing is of course a different conversation but cant fault RAND for their quality or turnaround times at the moment. 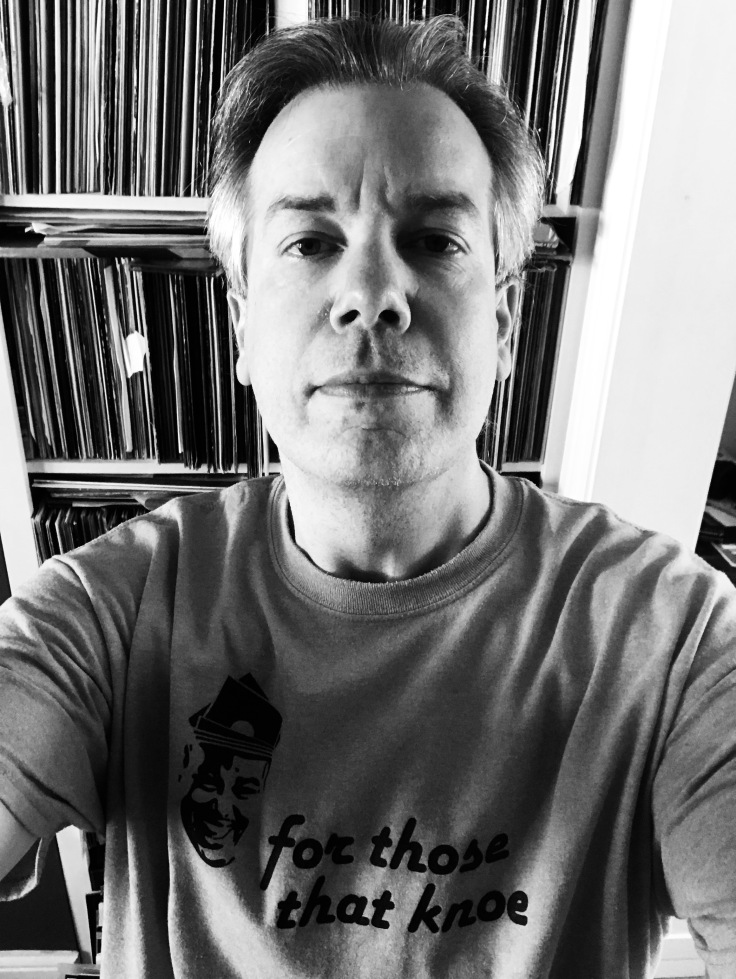 Torture the Artist: You’ve covered several electronic sub-genres with the EPs already, can we expect some Bristol-Breaks in the future or what have you musically planned for the label?

Torture the Artist: What’s an artist whose music you’d love to sign for We’re Going Deep, and why?

Placid: Gerard Hansen – He’s one of the few artists, whose music I have really every release. The sounds and emotions he puts into all his music are astonishing. His ERP moniker is simply one of the best election of electronic music around.

Torture the Artist: Do you have plans of running We’re Going Deep nights at a club to connect even more with the people from the group?

Placid: We did a few nights here in Bristol at The basement. We had Murf, Junq, Reedale Rise and were on the bring of getting Luke Vibert for our next one but the virus hit and that was that. It is something I’m looking into though.

Torture the Artist: Correct me, if I am wrong, but through all those years you’ve been an active member of the electronic music scene, you’ve never released a track but remained a DJ and selector only. Have you never come to the point of wanting to sit down in the studio and produce a piece of music for your sets?

Placid: Yes, many times, but have always found it to frustrating. I struggled to find the time or the willingness to make it happen. This is why I have the utmost respect for everyone who makes music.

I think there is a popular misconception that just because someone can produce music, it means they can DJ. Sure, a lot can, but it’s by no means a foregone conclusion.

Torture the Artist: Only few DJs, who do not put out music, are internationally known or booked and most of them started DJing in the 90s. Do you feel that it is impossible now to make a career without producing music and why have you decided against it?

Placid: Yeah, it‘s really difficult to make it big as a DJ now without being an artist. I think there is a popular misconception that just because someone can produce music, it means they can DJ. Sure, a lot can, but it’s by no means a foregone conclusion. I’m not saying its impossible, but in this day and age, some gigs and festivals performers defined by their social media status, if you‘re an artist, it massively helps. It wasn‘t a conscious decision as such, it’s just that that side of things never materialised.

I’d like o think, it‘s a bit of a representation of the group.

Torture the Artist: You mixed and compiled the latest art:cast, what do you want to musically represent with it and where do you recommend to listen to it?

Placid: This was a selection of tracks that I just pulled off the shelf. I managed to get the first two sorted and it sound good so I just carried on. Originally, it was only going to be an hour but I got a bit carried away. I’d like o think, it‘s a bit of a representation of the group. Some more well known items, a few rare bits and some stuff you might know, but have probably forgotten about. Things just started coming together nicely about a quarter of the way through, so while I’m on a roll, I though it best to carry on. Doesn’t matter where you listen to it, but it need to be listened to as a whole. Cherry picking track isn‘t going to have the same affect.