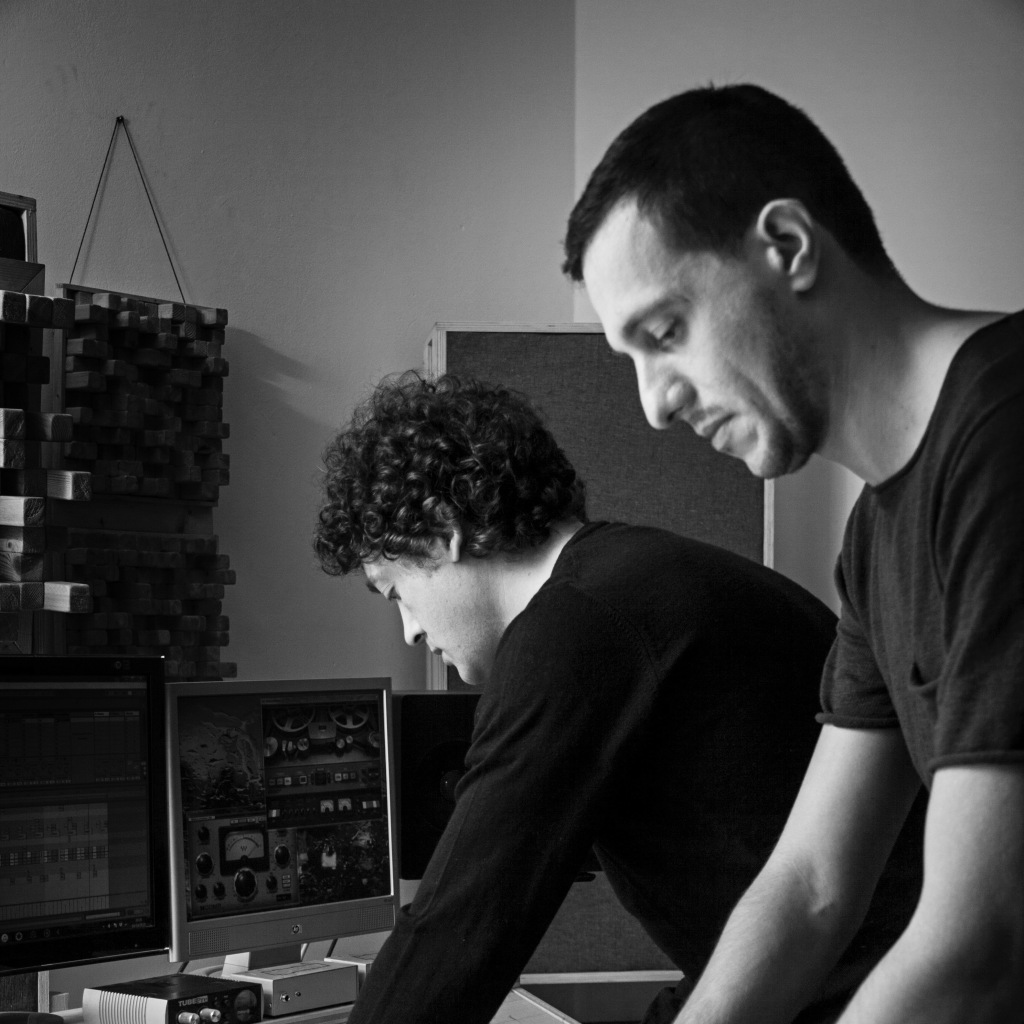 Deriving from the Italian word ‘cubica’, which means ‘cubique’ in English, Italian duo Qubica does not prefer geometrical forms when it comes to their music but an aesthetic that can be found within their music and is more suitable to depict their artistic mind. With their first EP, ‘Idoru‘, that is soon to be released on Engrave Ltd Enrico and Giovanni, how close friends call Qubica, deliver three straight dance floor tracks without musically moving in circles. ‘Sonda Lambda’, a term and item usually used in the car industry to measure the oxygen content, takes your breath away as soon as the bassline squares, pardon me, meets the memorable chords. Shortly before the release of the track, which is already supported by Ame, Torture the Artist spoke to the duo about their first ‘meeting’, how everything evolved from there and both’s preference for William Gibson’s ‘Bridge’ trilogy. In order to bridge the time to read the interview you can now exclusively stream ‘Sonda Lambda’ in full.

Torture the Artist: Hello guys, how are you spending the last days before your EP ‘Idoru’ – the first release under your Qubica moniker – comes out?

Qubica: In the last several days we have been at work in the studio where we’re finalising a remix and throwing down some new ideas. We’re also experimenting with new production methods and focusing on expressing a sound that has more homogeneous characteristics of a coherent production cycle.

I asked him if he was the same ‘Jitzu’ of the track that Danny Tenaglia had included in his Futurism compilation.

Qubica: An important event for Qubica was definitely when we met. More or less it went this way.

Enrico: I remember the time we met each other; Giovanni was playing in a venue here in Sicily and I was there too. At the end of his DJ set I asked him what was his name and he replied Jitzu. Then, I asked him if he was the same ‘Jitzu’ of the track that Danny Tenaglia had included in his Futurism compilation. And he looked at me very surprised like I was confusing him with someone else. So I showed him on my phone the tracklist of it and he realised something he wasn’t previously aware of. Since then we kept in touch.

Torture the Artist: What made you strike up your musical relationship?

Qubica: The time probably happened to be fitting! After a long friendship, after listening to thousands of hours of music together, after sharing a supporting myriad of times, it was only a matter of time before it had to happen.

We like to think of Qubica as the minimal, symmetrical unity that underlies a complex construct.

Torture the Artist: As you have chosen Qubica as your moniker, what’s your prefered geometrical form, and why?

Qubica: Qubica represents a very basic type of shape that can be repeated several times until it reaches numerous complex shapes. We like to think of Qubica as the minimal, symmetrical unity that underlies a complex construct. When we chose this name, we had in mind the theories like those of solid fractals and the fascinating Fibonacci series. We think that the following image can express well this concept: 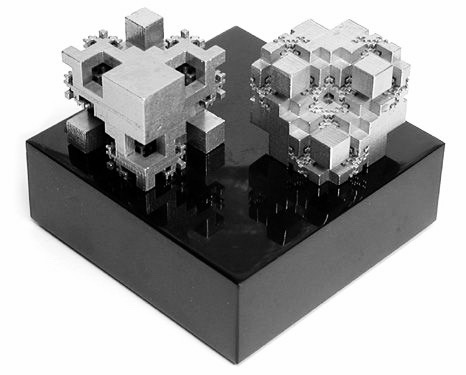 We like to think of the Qubica’s sound as something symmetrical that can be organised into increasingly complex and unpredictable forms.

Torture the Artist: Qubica derives from the Italian word ‘cubica’ meaning cubique. What’s a shape you do not want your music to be put into and what kind of shape would your music portray if it had to assume one?

Qubica: We didn’t sleep that night when we considered this question! <laugh>

We’ve come to the conclusion that we wouldn’t like to associate our music with forms that don’t respect the characteristics of symmetry – the ones that have often represented the founding laws of historical aesthetics. Consequently, we like to think of the Qubica’s sound as something symmetrical that can be organised into increasingly complex and unpredictable forms. On the other hand, most of the pleasure in listening to music comes from a balance between predictability and surprise.

Torture the Artist: The EP’s title, ‘Idoru’, goes back to William Gibson’s ‘Bridge’ trilogy, which is set in a postmodern, dystopian, cyberpunk future. How much dystopian cyberpunk potential lies within each track of the EP, and how does your music create a bridge between that and present soundscapes whilst still remaining contemporary?

Qubica: Surely the link between cyberpunk culture and electronic music is well known. The futuristic worlds built by Gibson have also inspired our imagination. In particular, the element that appears to us to be of fundamental importance is that the present has long surpassed the description given to it by the author in the eighties. Perhaps what he himself declared has come true: ‘… every imagined future remains obsolete like an ice cream that melts as you leave the ice-cream parlor on the corner’.

We certainly do not have the presumption to directly call our music ‘futuristic’, but we certainly try to go further with the imagination, and try to look at the sounds that could best represent the musical language of tomorrow.

Torture the Artist: One of the tracks on the EP is called ‘Sonda Lambda’, which sounds represent the oxygen content, the closed loop-system and make you breathe in the track’s atmosphere?

Qubica: Probably, the layer could best represent the concept of a ‘Sonda Lambda’, which is composed by the ‘discursive’ lead-synth that appears in the second break and adds a more dreamy atmosphere to the track.

Music composed thirty years ago can still, even in the present, represent ideas of a possible future.

Torture the Artist: Would you rather produce a timeless sound or something that depicts the present? Referring to that, do you think each sound has an expiration date and what is now perceived as futuristic will be outdated in later retroperspectives?

Qubica: We are aware that the current musical trend is often determined by timbres and structures, but we aspire to make music that can outlive time; we wouldn’t like to produce ‘disposable’ goods. We strongly believe that music composed thirty years ago can still, even in the present, represent ideas of a possible future.

Torture the Artist: Giovanni, you play various instruments, how often are you faced with the decision to replace a synthetic sound with an organic one in your music, and what’s an instrument that you’re dying to implement in one of your tracks, which you have not yet managed to do?

Qubica: Through sampling, we often use organic timbres to replace synthetic sounds – especially percussions. But in regards to entire musical lines produced with organic instruments it is difficult When we usually make this choice, the riff that comes out first is the main idea of the track, so this is an idea and therefore something that can never be replaced but rather they key that lets us built the whole track around it.

The instrument I would love to insert in the next production – and which I haven’t done yet – is a real organic hi-hat. I often wish I there were possibilities of expressing a wider variety when it comes to rhythms in general.

Torture the Artist: Enrico, what was a moment with Giovanni in the studio when he might have been excited about something – but it did not quite hit the nail on the head with your own sound-aesthetic? How do you compromise when it comes to music?

Qubica: Fortunately, as we live close to each other we’re able to see each other in the studio very often – and so we can frequently compare and work together. It can happen that we have some sound material that I don’t like or vice versa, and, or we delete it, or in this case the compromise is to try to remake it in a way that could be fit with our tastes. Generally we accumulate a wide range of possible options so we’ll have more choices available to find a ‘deal’ for both.

I try not to use any subjective, ’emotional’ terms when it comes to musical language.

Torture the Artist: Giovanni, you teach Production and Sound Engineering. How does a didactical break-down of complex musical matters change the way you find a starting point to produce your own music – and how does your job help you in working with other artists?

Qubica: Certainly the teaching work has allowed me to refine my technical skills, but to be honest, in all these years I have learned that the production’s starting point is linked to factors such as inspiration, creativity and ideation. Unfortunately, we men are subject to varying phases of inspiration and creativity, so I think that we need to make the most of these moments.

As for working in collaboration with other artists, I think that my work often gives me a great advantage being able to talk about music. I would summarise this advantage as follows: I try not to use any subjective, ’emotional’ terms when it comes to musical language. I have long understood that this ‘synaesthetic’ language when talking between musicians often generates a lot of confusion.

Torture the Artist: Speaking of other artists, whose music you would like to remix or work with, and why?

Qubica: It would be really awesome, hypothetically, to remix LCD Sound System. The reason is simple; the stylistic and cultural history of these years certainly provokes retromania, the passion for the past, and the continuous retrieval from the past and re-propositioning of this into a new form. LCD Soundsystem have understood this long before anyone else and have given it a soul; they have made a style from this understanding. 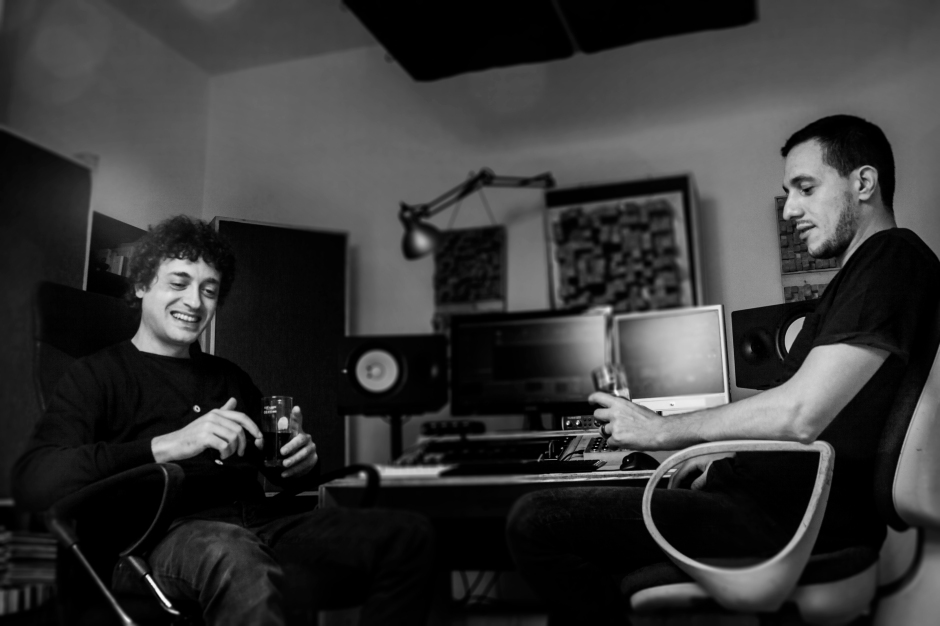 Torture the Artist: Coming back to the science-fiction aspect, what track of yours would make the perfect soundtrack for William Gibson’s ‘Bridge’ trilogy?

Qubica: Set in an early 21st century Tokyo, ‘Idoru’ examines a variety of cyberpunk themes, in particular the relationship between artificial life and humanity – which he explores through an artificially intelligent pop-idol construct named Rei Toei (after the Toei Company, one of Japan’s leading film and music studios).

So we think that the best soundtrack would have futuristic, ‘pop’ elements combined with nostalgic harmonies that should blend well with the tone of Gibson novels. Probably, among the works produced so far, the track that comes closest to these features is ‘Sonda Lambda’.

We don’t have any super hidden powers!

Torture the Artist: Aside from being played in the club, what else could you imagine your music being used for? Where and for what reason would you also like it to be used?

Qubica: We are very happy to receive the support from big artists that play our tracks in festivals or clubs. But, to be honest, we would appreciate music to be heard more attentively by the public today, in a more active and conscious way. When you listen mindfully, you realise that there is so much good stuff which isn’t at the top of the charts, and which are produced by people who have talent and the true desire to express themselves through music.

Torture the Artist: Do you identify nodal points? Or what is your hidden superpower?

Qubica: We don’t have any super hidden powers! <laughs> But our added value is probably that we have the luck to always to be able to discuss our ideas with a large group of artists, who are excellent professionals – but above all, dear friends. With this, we refer to the label managers of Multinotes (Musumeci, Lehar, Olderic) and Engrave Ltd, and to producers like Toto Chiavetta, Phunkadelica, Enzo Elia and Dodi Palese.