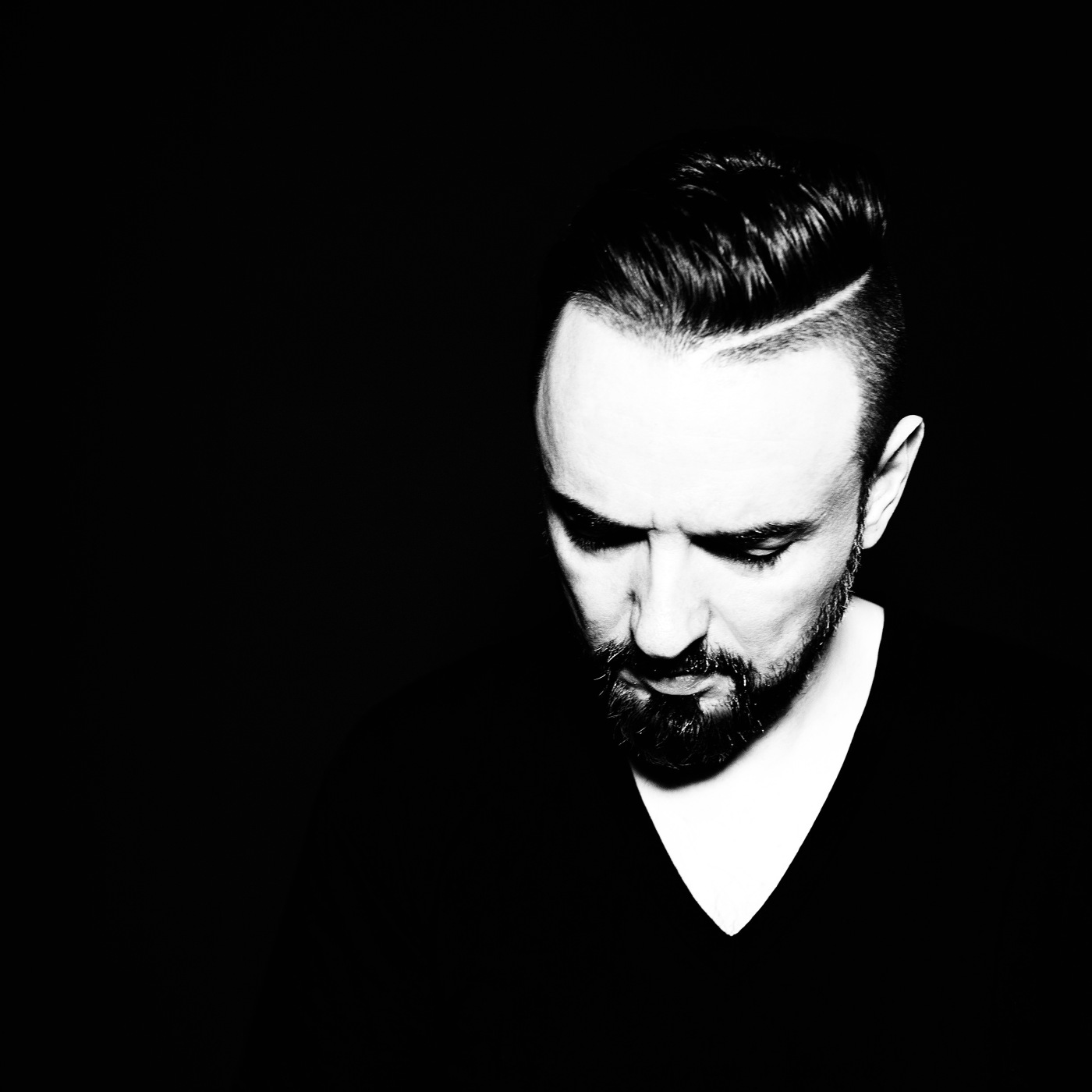 For more than two decades German DJ and producer Marc Romboy has been a mainstay of the electronic music scene and played a major role in the development of melodic house and techno. Havind produced various hits such as ‘Atlas’ and trend-setting tracks like ‘Karambolage’ and ‘Infrared’ the Monchengladbacher has additionally worked with the who-is-who in the scene, released on prestigious labels like Innervisions, Kompakt or Ovum and runs Systematic Recordings. While Marc has seen many artists and labels come and go over the years, the he has always managed to have his finger on the pulse of time to remain present and relevant here and now as well as the future. In between Marc’s performance in Brazil and shortly before his upcoming shows at Electronic Brixton in London, where he will play alongside longtime friend and companion Stephan Bodzin on Friday and Saturday, Marc made some time to chat with Torture the Artist about his routines when DJing, his expectations for the Electric Brixton Weekender, the pain an artist might face when producing music and his thoughts on earlier own productions.

Torture the Artist: Hello Marc, tell us something about your day.

Marc Romboy: I‘m currently in Brazil where I play a three gigs weekender. I‘m on the plane to Porto Alegre and thought, ‘hey, this is a good opportunity to answer your questions’.

Torture the Artist: You are playing the Electric Brixton Weekender in London with Stephan Bodzin this weekend. After so many years of being active as a DJ – aside from running your label Systematic Records and being a producer – do you still have tendencies of nervousness before these gigs?

Marc Romboy: Nervous would be a false expression but I‘m still very excited to perform all over the globe and of course a common date with Steph (Editor’s note: Stephan Bodzin) is always something outstanding.

Torture the Artist: Do you follow a certain routine before playing a show? E.g. preparing your music at a certain time or ritual you do before you play?

Marc Romboy: I always try to sleep two, three hours before the show, because this gives me plenty of additional energy. Preparation wise, well, I pretty much know what I play. I have a pool of 150 titles and decide spontaneously during the show what I play and when. It‘s a gut feeling thing.

Torture the Artist: With events like the Electric Brixton Weekender a lot of expectations from various sides have to be met, how do you cope with them or do you cut them out in order not to put pressure on you?

Marc Romboy: I don‘t feel any pressure at all. I‘m simply looking forward to this for sure gorgeous event.

Torture the Artist: Speaking of expectations, what are you looking forward to the most when playing the two shows at Electric Brixton?

Marc Romboy: I would love to see lots of happy faces, closed eyes and relaxed folks out there.

The creative process can psychologically be a painful one.

Torture the Artist: What’s the thing most people think they understand about being an artist but don’t?

Marc Romboy: Good question. The creative process can psychologically be a painful one, especially during days when no ideas want to pop up. But the moment when you play a moving bassline or melody is on the other hand priceless. Also the traveling aspect is not really fun sometimes, but hey, the amount of positive aspects is far higher.

To live and die for electronic music is my motto.

Torture the Artist: Running a label, producing music and DJing– how do you give yourself a break from music?

Marc Romboy: Puh, never really. My family comes first but you can‘t really compare both. Music is my life and to live and die for electronic music is my motto.

Torture the Artist: What’s a hidden talent you have that is not music related?

Marc Romboy: Rather a question for my family and friends but basically I‘m good in joining forces of different people.

Torture the Artist: Imagine you’ve made four clones of yourself. What tasks do you assign to each?

Marc Romboy: Oh my god, that’s a horror scenario, which will hopefully never happen. But if it did, it could be helpful to enhance my self reflection.

Torture the Artist: At what age did you realize that you and music are in it for the long haul? And how did your surrounding react to your decision of making a living with music? Did you have to deal with any prejudices?

Marc Romboy: I began to collect 7-inch-records at the age of five. Around the same time I explored Kraftwerk‘s ‘Autobahn‘ and ‘The Robots‘ on the radio. I was flashed without having thought about my later life or that music could reign my job. I mean I was five. When I studied medicine I started to produce my own music, that was the point of time where I realized, hey, this could be more than a hobby.

Torture the Artist: Which ideas and visions regarding Systematic have you been able to put into practice and are there any notable ones that have failed over the years?

Marc Romboy: Systematic Recordings is simply a platform for good music I play, from good friends. Not more and not less. Nothing has failed. No, je regrette rien.

Torture the Artist: Running an independent labels as well as being a DJ and producer requires a lot of passion amongst many other things. How have been able to keep that fire burning for so long and have there been moments when you were struggling with what you do?

Marc Romboy: The fire burns every day. I simply love what I do and there is no struggling at all.

Torture the Artist: After so many years in the business have you realized a fade of joy or a more routined dealing with positive reactions or feedback to your music?

Marc Romboy: No, not at all. Receiving positive energy from fans and supporters is something I will always appreciate. Yes, I first of all do music for myself but yes, I‘m glad if folks dig it.

Everything is mathematics, everything.

Torture the Artist: The name ‘Systematic’ implies a certain take on music and how to proceed. To what extend does ‘systematic’ apply to you as a DJ/producer and person?

Marc Romboy: Everything is mathematics, everything. And maybe there is a systematic behind everything, who knows?

Torture the Artist: For every decade of your life, list the song that mattered to you most, and why?

Marc Romboy: 70s: Kraftwerk ‘The Robots‘; music from another planet

Torture the Artist: You have been releasing music for roughly two decades, what has been the release of yours that mattered to you the most, and why?

Marc Romboy: ‘Luna‘ / ‘Miranda‘ with Steph on Systematic as it was the kick-off to an era they now call melodic house and techno…

Torture the Artist: Following the question before, what’s a track of yours that you just don’t want to listen to anymore, accompanied by the reasons why?

Marc Romboy: Well, for sure the chart music I produced between 1998 and 2001. I really can‘t listen to this crap anymore.

Torture the Artist: Throughout your career you have worked and collaborated with various artists. What was a memorable moment with an artist in the studio?

Marc Romboy: When Stephan and I produced ‘Model 1601‘ and we both had tears in our eyes.

Torture the Artist: What’s an artists you would even pay to sit in with you in the studio?

Marc Romboy: Honestly, I believe I would not pay for anyone.

Torture the Artist: What’s a sound or studio device that always does the job when producing a track?

Marc Romboy: The Minimoog Model always does the job. 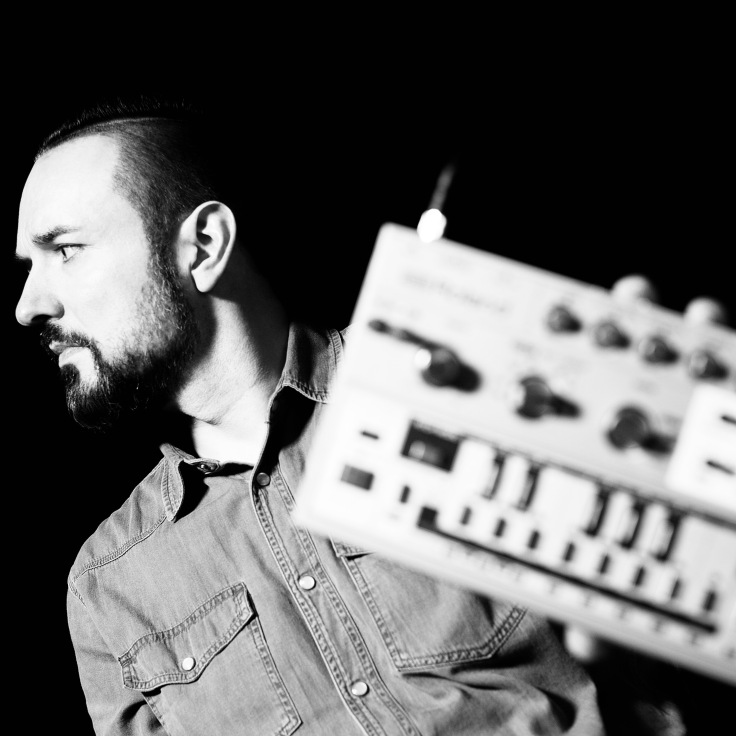 Torture the Artist: What’s a thing you’ll probably be the last person in the world to ever do?