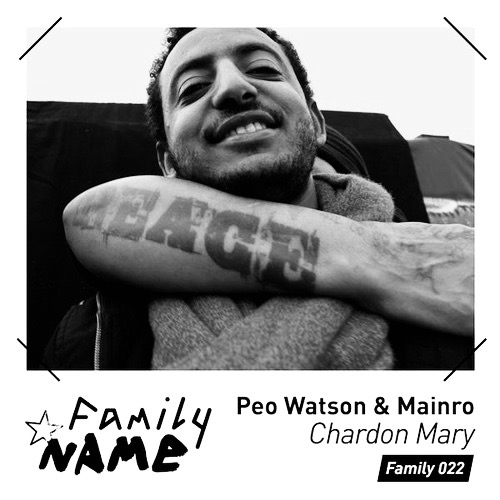 French label Family NAME is set to release its 22nd release in late September. Therefore NAME festival affiliates Peo Watson & Mainro joined forces to produce ‘Chardon Mary’, which is probably their most techno-ish approach to music so far. Cologne based DJ and producer Lazaros took over the remix duties. The artist, who has released on Kompakt-run label KX and Sum Over Histories, keeps the vibe from the original take but focuses on a reduced and raw bassline sprinkling spooky sounds into the track’s build-up before taking on the original lead-synth-pads to create a mystic-mind-trip that is supported by twirling bleeps. Turning around the phrase ‘the calm before the storm’ Lazaros tames the track’s impetus and returns to calmer sound-sceneries to close the track.