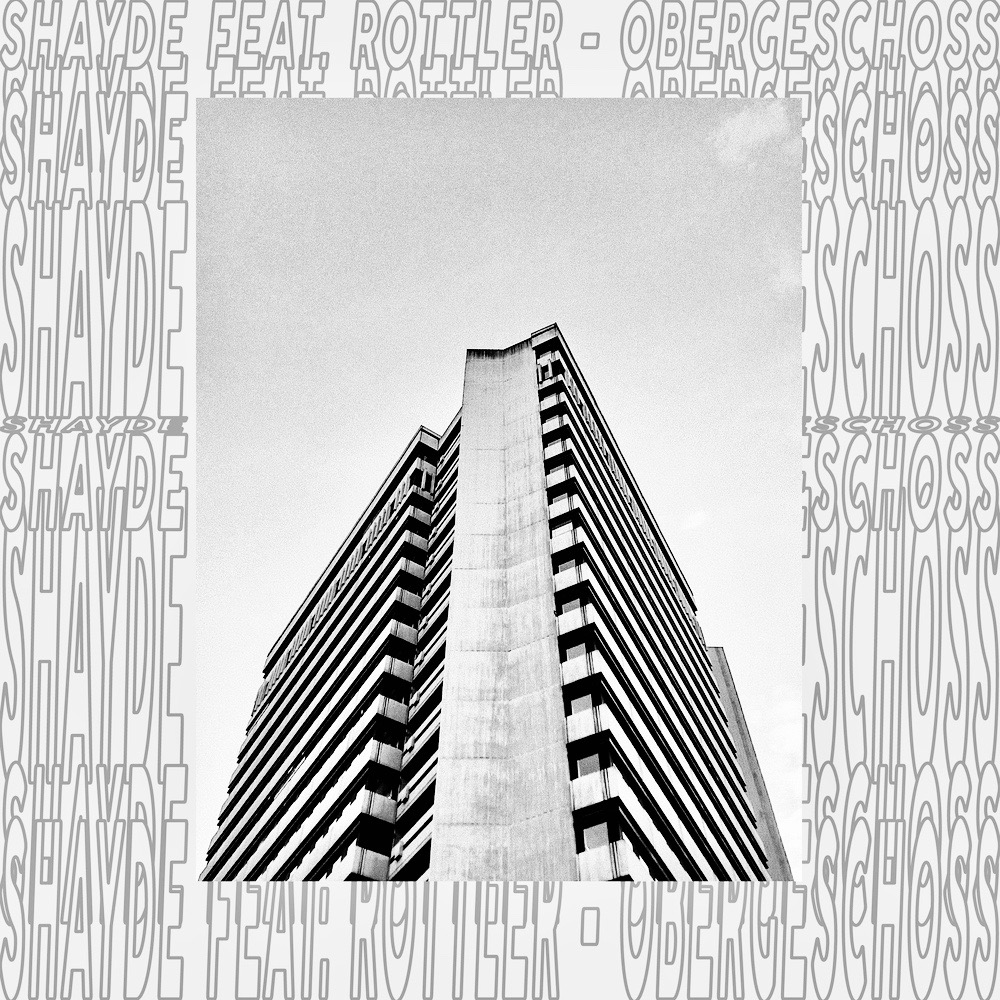 Philipp Lenz and Richard Hoetter better known as Shayde, an electronic music duo hailing from Offenbach, Germany to the world, probably deliver one of the most touching tracks of this autumn. ‘Obergeschoss’, German for ‘upper floor’, is a 10 minute 31 seconds lasting feeling of melancholia, of hope tickling your skin and painting silhouettes in your imagened reality. ‘Obergeschoss’ is storytelling with excitement and severity, with sadness and loss and it’s Rottler’s voice and vocals that reinforce the instrumental, and it’s Rottler’s voice and vocals that tie the listener to the track, to the 10 minutes and 31 seconds, before he whispers the last words of a person’s unfulfilled dream – in main clauses, concisely – just as the lyrical self asked for at the beginning of the track. And the perfect picturing of a perfect human is blown away in the last synth pads of the track, leaving you speechless, leaving you with the hope to never stop dreaming. Shayde and Rottler created beauty with fear, they created a bitter-sweet paradox; that of hope being existent as long as the music plays, as their music plays.