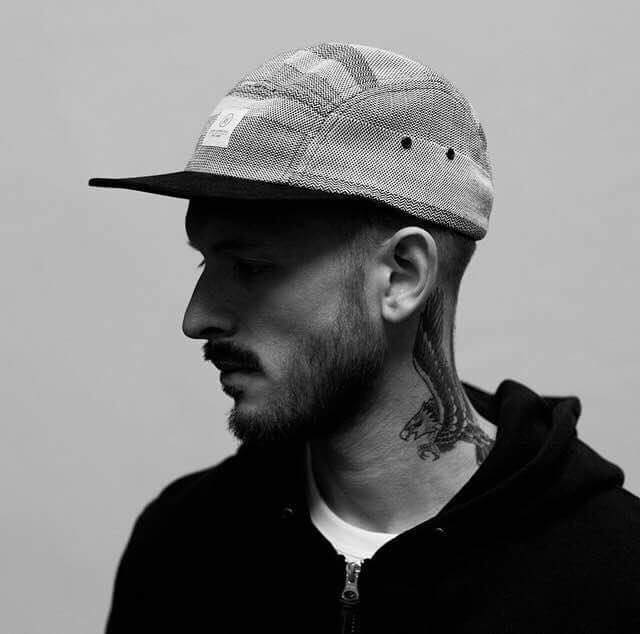 Ullalet. The riveting self-titled hymn from the debut EP of the newly founded label, Sol Eterno, was released last Friday. The tender track, frequently played by big-time game-players Rampa and Solomun, is soulful, almost romantic, revealing to the electronic music scene, more about itself than the man behind it ever has. Fabian Braunbeck has been around for years, but we have yet to get up close and personal with the artist who has kept a rather low profile but is creative and experimental enough to produce a track about finding, and in this case, sheep.

Torture the Artist chased Fabian Braunbeck a few days before the release of his EP ‘Ullalet’ and the ‘christening’ of his long-awaited project, Sol Eterno. What may seem to be just another new dance floor igniter, also marks the inception of a new label from a rather dreamy and sincere idea, a timely return back to major keys, and perhaps an end of a particular mental state of being. Fabian Braunbeck, nightlife veteran, turned DJ/producer, shares his lighter side, and imparts a more candid perspective into the Berlin underground music culture and close-knit artistic community at the heart of the music genre/genres that continue to move us.

It sounds like a shepherd who lost his sheep and is now searching for them.

Torture the Artist: What is the meaning of ‘Ullalet‘ and what is the real story behind the sheep?

Braunbeck: Unfortunately, I can’t tell exactly what the meaning of ‘Ullalet’ is (Editor’s note: the exact translation of Ullalet is ‘she explained’, عللت in Arabic). I only know that the male vocalist is singing about a woman who needs to explain something to him. The thing with the sheep, well, I have to thank my friend Gregor (Rampa) and Andre (&ME) here. We share studio spaces in Berlin and they first heard Ullalet a couple of months ago. We always joke about the vocals we use in our tracks. So it was Gregor who said at one point, it sounds like a shepherd who lost his sheep and is now searching for them. He added the joke to his Deep House Amsterdam Tracklist. From thereon in, it was over. <laughs> I immediately got several messages afterwards, asking about the sheep.

I don’t even know if I own any wool.

Torture the Artist: I’m sure our sheep-loving readers are curious, what wool of your choice do you wear, and why?

Braunbeck: I don’t even know if I own any wool. I probably can’t afford it.

Torture the Artist: This new style is quite different from your previous work, less dark, less bass, some tribal influences. Especially in contrast to your most recent release, Not Just Play Music EP with O*RS, 4 tracks with a somewhat extraterrestrial feel. Is this the direction you intended to go with this project, or it was experimental and just felt right?

Braunbeck: I don’t have a clear direction of where to go, it just comes in the studio. I try a lot of styles and moods and if something feels right, I keep going.

Torture the Artist: Most of your recent tracks are produced in minor, all tracks from the ‘Not Just Play Music EP’, actually. Your earlier productions had a bit more variance in key and tempo, does this reflect a particular shift in your mental state of being?

Braunbeck: Yeah, I was in a more moody state of mind while producing the NJPM EP for O’RS If you listen to the last two tracks off the EP, ‘Blue Eyes Baby’ and ‘Far Away”, you can guess why. Lovesick, perhaps.

Torture the Artist: ‘Ullalet‘ marks the first release of your newly founded label, Sol Eterno. Where do you plan to take the label, and how did the idea come about? Do you feel as though the vibe and energy of Ullalet sets the label off in the right track?

Braunbeck: The idea for the label has been around for over two years now, as well as the name Sol Eterno. Before our studio moved into the Keinemusik spaces, my friend Hazel who runs the label with me, and I shared a studio in Berlin Charlottenburg. We both wanted to start a label to become independent, and have the freedom to decide what tracks to release, and when. Today it’s difficult to get your music to big labels if you are not a well known act. Most major labels have releases already waiting in line, Thus, with our own label, we are able to decide from one day to the other, whether to work on and release an EP or not.

I like DJing a lot, it brings people together.

Torture the Artist: Post-September1st, will you be focusing more on producing new music or DJ gigs? Any upcoming releases you have in the pipe?

Braunbeck: I like DJing a lot, it brings people together. I also like to party from time to time. But I have more fun in the studio and to be honest, I am far away from being good enough with my music productions to stay away from the studio.

Torture the Artist: Can you come up with five tracks, from any genre or era, that can best sum up what Fabian Braunbeck is all about, and why?

Braunbeck: Delano Smith – Trust In Something. I love this one because it is deep and sexy, the kick/drum really works.

Rampa – Necessity. Of course, my friends are a big influence, that’s one. But also, Gregor introduced a different style, which nobody expected from him at that point. It has a rough but deep message. Killer statement, a true gem.

Chez Damier – Jabalou. I was very impressed by the vocal mood in this piece, it was an inspiration for my first release on OR*S, ‘Cold on the B-Side’.

Led Zeppelin – No Quarter. Something different, but I actually grew up around Led Zeppelin and Jethro Tull because my parents were fans. I especially enjoy the atmosphere and mood in ‘No Quarter’.

Sade – Is It a Crime. Because I just love Sade, she feeds my romantic side.

Torture the Artist: For an artist capable of producing bold tracks like ‘Not Just Play Music‘, and of course, ‘Ullalet‘, here’s your chance to show there’s a little bit more spark to you than the bland bios available in the web. Fabian Braunbeck in a nutshell, 10 words or less.

Braunbeck: I am a loving dad of two three-year-old cats.

Torture the Artist: Which one of your tracks would you like to be remixed, and by which artist?

Braunbeck: ‘Blue Eyes Baby’ remixed by Delano Smith. I bet he would drop a floorbomb with it.

Torture the Artist: You live in Berlin now, but where did you grow up? Name a track which best characterizes the vibe of your hometown.

Braunbeck: I grew up in Ludwigsburg, close to Stuttgart. If I had to pick, I’d say Danilo Plessow a.k.a. Motor City Drum Ensemble, who grew up in Stuttgart, and actually all of his music.

I was able to experience the vibe of Berlin in a more mature way.

Torture the Artist: Has Berlin influenced you as an artist, and how? If given the chance, which city would you consider moving to?

Braunbeck: Of course it did. I’ve been part of the nightlife scene since I was 18. In my hometown, I organized parties, I even worked for a big nightclub for over 5 years. By the time I moved to Berlin, I wasn’t a young boy who just went out to party. At that point, I already understood the music and the culture in a deeper way, having been in it for quite some time. I was able to experience the vibe of Berlin in a more mature way. There were times, during a great night out, after dancing for hours, I would suddenly leave the party to go to the studio. Whenever I feel moved by a certain vibe and atmosphere, I just feel the need to take it home with me, and use it the inspiration to create my own music and vibe.

Torture the Artist: You used to promote and plan events in Berlin, what triggered your leap into DJ-ing and music production?

Braunbeck: Actually, I started promoting and planning events in Stuttgart, back in 2004-2005. I met a lot of artists, especially when I worked for the nightclub, Rocker33. I always wanted to do more than just organizing. Whenever I crossed paths with some artists, it made me want to be part of their world too. There was one artist, Erol Alkan who really impressed me. When we crossed paths, he years. We would talk about music, the industry, and production, and one thing that really inspired me is his insight on production and creating your own sound, your own voice. 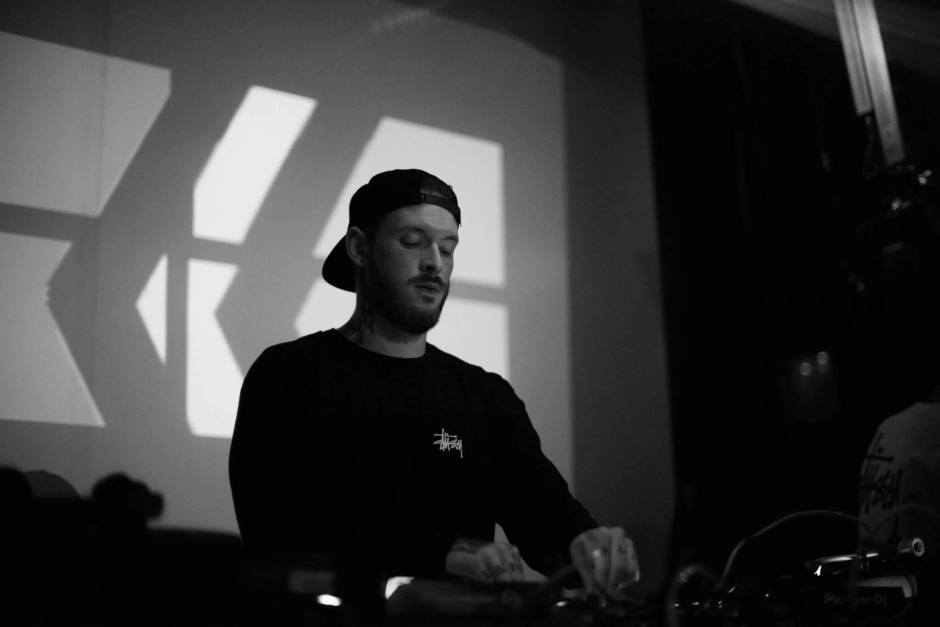 Torture the Artist: If you were not doing what Braunbeck is doing now – about to release a hypnotic track, looking for sheep – what do you imagine yourself doing?

Braunbeck: I would be traveling around the world.

There is no sheep on my body so far.

Torture the Artist: You’re obviously the tattoo kind of person, can we find the meaning or the sheep from ‘Ullalet‘ somewhere in your body and what are the meaning of your inks?

Braunbeck: There is no sheep on my body so far. But there are some tattoos with meaning and some are just there because I had the idea for a nice design.

Torture the Artist: What‘s your favorite food dish and drink on regular days and how does your eating and drinking habit change when Djing?

Braunbeck: I like to eat a lot of different foods, but if I had to choose my final meal, I would take a proper plate of Spaghetti Bolognese. I definitely eat less healthy and drink more alcohol while on the road.

I think I would lose supporters if I send you a video.

Torture the Artist: What is your favorite dance move? And since we at Torture the Artist do this solely for our love of music, can you entertain us a little bit with a video clip of you doing it. Kidding, kidding, a quick snap would suffice.

Braunbeck: Hm, sorry. But I think I would lose supporters if I send you a video. I like to dance while DJing, not sure how it looks like, but I just have fun and so far nobody came over and asked me to stop!