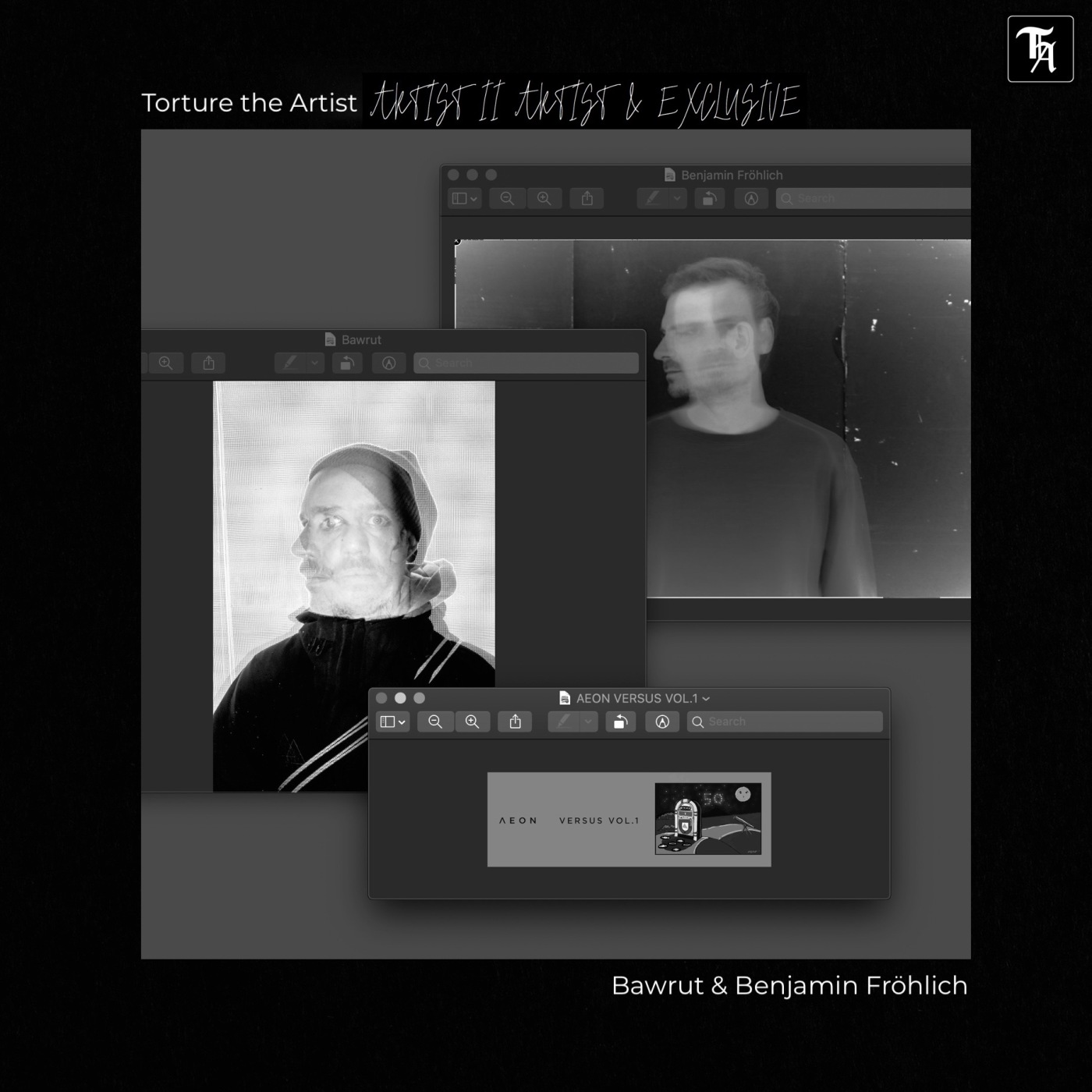 The Permanent Vacation head Benjamin Fröhlich and Ransom Note regular Bawrut joined forces for their upcoming track Kirmes, which is part of AEON‘s V/A Versus Vol. 1 – an EP consisting out of collaborative tracks only. Shortly before the release of their fair-project the two scene mainstays digitally met up to chat about the (non) changing daily routines, how deeply they’ve been involved with music lately but also share some insights on what they’ve struggled with over the time of the pandemic, future approaches to life and music, reflect on the scene in general, how they miss playing in front of people and – a bit – about their track Kirmes. Latter unites the best of both artist’s worlds, an intriguing break-esque baseline, pointed chords paired with a whiff of edgy weirdness and spare vocals to add an accentuated different note over a few bars before fully focusing on the track’s melodic frame.

Bawrut: I had never met Benjamin before. It’s something very common nowadays and especially in the last 12 months, it’s the rule. Thanks to the magic world wide web I could see what’s happened to him during 2020 and there was a moment we could meet in Tuscany last summer since we both have siblings there. Benjamin, how was your past year, and how you managed this forced shift of behaviors we’ve experienced?

I try to stay optimistic and focus on the things that I have at least some control over. (Benjamin Fröhlich)

Benjamin Fröhlich: Yes, it’s true that we never met, but were connected over the recent past. Ever since you had sent me the tracks, that later came out on Ransom Note I follow your work. You did a lot of great stuff in a relatively short period of time and I heard your tracks from a lot of DJs of different genres. Which is always a good sign for me. <smiles>

I guess my year was ok and after I had recovered from Covid we started to restructure some things with the label and work on a lot of releases. We never had so much output like last year and I am grateful that I was able to continue working on the new releases for the label as well as on mmy own music productions. Luckily I felt quite inspired and open to trying out some new things.

On a personal level, I started to structure my days better than I used to do and picked up some daily routines like meditation and writing some sort of journal. That proved to be very helpful.

Apart from that, I try to stay optimistic and focus on the things that I have at least some control over. And how about you? How are you adapting to the new situation? What have been some of your experiences in the past 12 months?

I had the time to think about life, generations, and the perception we have of time and moments we are living. (Bawrut)

Bawrut: I’m fine thanks. Luckily my routine didn’t change a lot, especially during the weekdays. I usually share my time between walking the dogs, making music, and cooking so, lockdown or not, I kept spending my days like I always do. I read a lot like two or threee books a month and listened to a lot of podcasts. I had the time to think about life, generations, and the perception we have of time and moments we are living. 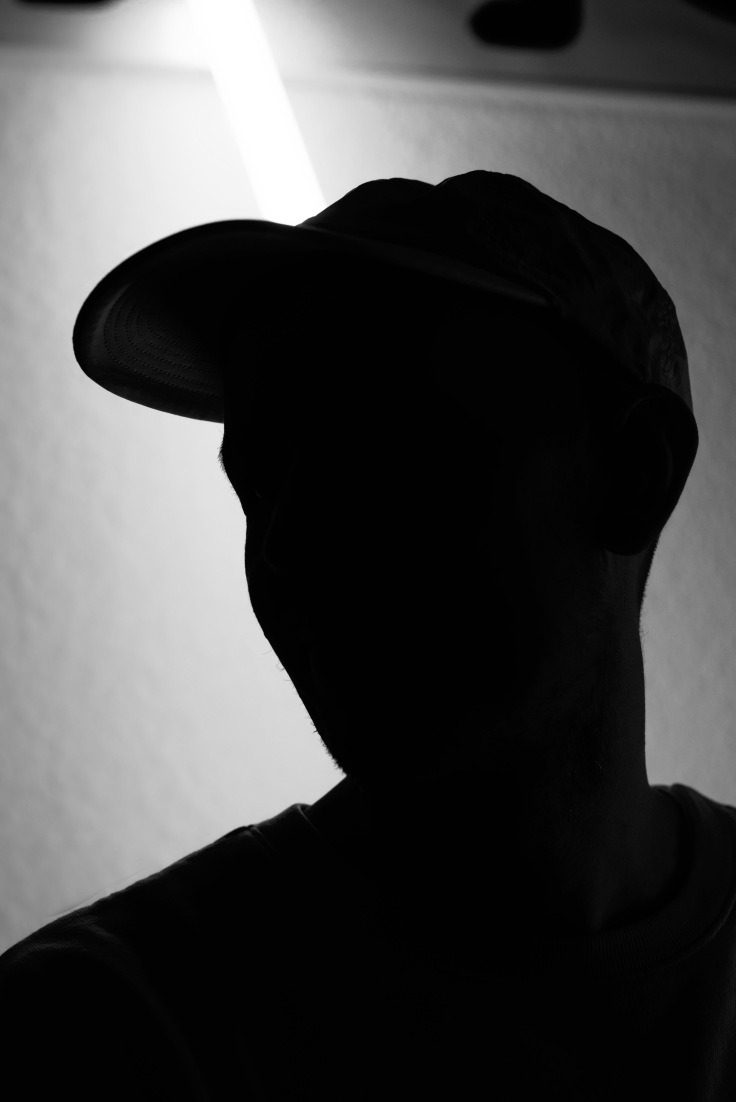 Benjamin Fröhlich: Ok that sounds good then. Are you doing a lot of music these days?

Bawrut: It was weird because even if I were far from the clubs – I usually get inspired by the music I and other DJs play – I was very productive and kept doing a lot of remixes and new tracks.

And I’ve finally finished my first album which is based on the Mediterranean sea, it’s not a club album but something that explores different aspects through my personal view.

And you? Did you have time for making music? I usually test a lot of ideas while I’m playing but in this case, it was very difficult. Remembering feelings, emotions, and sounds which I’m not sure I will find out once I’ll get back in a DJ Booth was a personal test. Did you experience the same or I was the only one? <grins>

It also felt kind of liberating to know that the tracks do not necessarily have to “work” on the dancefloor in a certain way. (Benjamin Fröhlich)

Benjamin Fröhlich: Ah yes I know what you mean. It was definitely difficult at first to finish tracks without having played them once out at a party. I often check when I play, if the sound is right or if there are some lengths in the track, or something like that. So I had to let go of that safety net and release the tracks without having the usual test drive. <smiles> But once I adapted to the new situation, it also felt kind of liberating to know that the tracks do not necessarily have to “work” on the dancefloor in a certain way, if you know what I mean. So I made a lot of music actually during the last year and I was a bit in the mood to explore different corners of the musical universe that I had not been visiting until now. And it feels quite good to see what else is maybe possible. But if I understand correctly, you also have been inspired by new things besides the club. Congratulations on finishing your album! How was the process of that? Have you already started with it before the pandemic or came to the idea with it?

Bawrut: Thanks. <smiles> I started two years ago with an idea which later became a concept. I was sick of making “belters” for the dancefloors and not having the chance of writing something a bit more different, always with my personal approach and focused on electronic music.

My “new” life in Spain, the rise of nationalism all around Europe, humanitarian crisis, and the growing sense of belonging to this area made me focus on the area I belong, the Mediterranean sea and I decided to work on something who could celebrate this amazing big “lake” shared by 3 continents and tons of different cultures, languages, and religions.

Benjamin Fröhlich: Sounds great! Can’t wait to hear it. It’s definitely the right time to release it. Despite all the difficulties we are facing at the moment, for me, it’s a good time for music, as there is a bit of an anything-goes vibe going on and you can try new things, directions, or collaborations. Like we did on the Aeon 50 compilation. When Alex asked me if I could imagine doing a track with you, I said yes right away, as I always liked your open approach to music. I had the sketch of the track, I didn’t know how to finish it, but I knew you could do something out of it. Was it difficult for you? You told me that you were a bit challenged by the tempo. It’s probably the fastest track for you and me, that we ever did. <smiles> 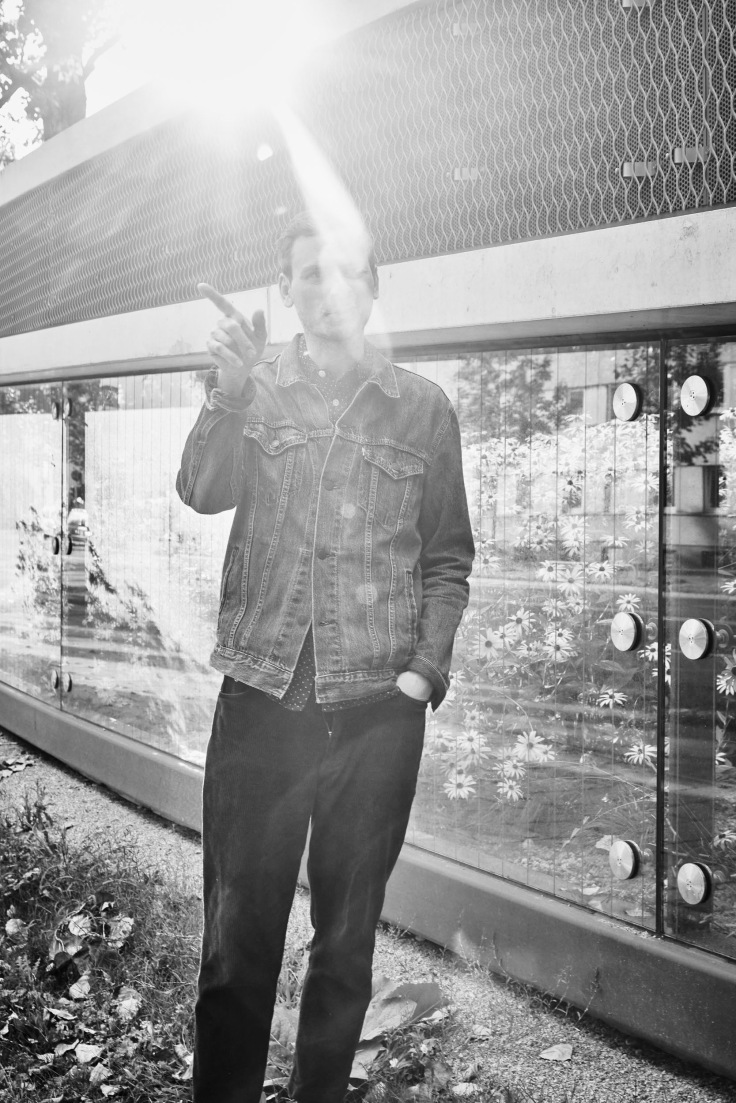 Bawrut: It’s true! I’m glad we decided to step out of our “comfort zone” and work on a different tempo. In these last years, fast BPMs are something common and it’s not so unusual listening to this kind of vibes but it’s also true that some electro never went too slow and our track, Kirmes, reminds me of the first time I bought a CD compiled by Dr. Lektroluv 15 years ago.

I honestly don’t know how it will be the first time I’ll step up in a DJ booth, I have mixed feelings, and also about the music, I dream of a more “open mind” set. In the club where I’m a resident I usually start with Reggae or Ambient or whatever and then I rise track after track until I reach the perfect mood with the dancefloor and I usually don’t change a lot until the last 30/45 minutes if I play the whole night. Anyway once we’ll come back to the clubs it will be cool having a crowd so thirsty for music and with a huge desire for dance which we could play Invisible Temple’s Roots and Kirmes in the same set! Do you miss DJing?

Benjamin Fröhlich: Yes, I do miss it. But I try not to think about it too much and we have many projects with the label at the moment, so I am well distracted for most of the time. But sometimes I feel this energy rising and I don’t know where to put it. So I just play at home a little bit and dance around in my living room. I actually made this series of four mixes, that I called “ I miss Djing”, where I put some of my favorite tracks from the past 15 years or so together. They became rather long mixes as I realized there were so many tracks and also I really liked doing them and didn’t want to stop at the time. I also did some live streams in clubs and even though there were no people present it felt oddly satisfying to be in a club. Yes, the imagination of the first parties when everything is safe again is definitely floating in my head and I am really curious how it will feel and what might have changed. So let’s hope we will soon find out.

Without a bunch of people in front of me, it is difficult to find the terms for starting and finishing a journey which depends on the crowd itself.

Bawrut: I had some problems with streamings and podcasts. If in the past they were like a business card, a showreel of you behind the desks between a real gig and another now they are the only chance of mixing a couple of tracks we have left. Without a bunch of people in front of me, it is difficult to find the terms for starting and finishing a journey which depends on the crowd itself. I feel you when you started your “I miss DJing” sessions, 3 weeks ago I re-ordered all my vinyl in terms of style and country, and doing it I had the chance to listen to once again a lot of classics and forgotten gems.

Let’s have a little bit more patience and let’s get ready to come back to the clubs in a couple of months. <smiles>