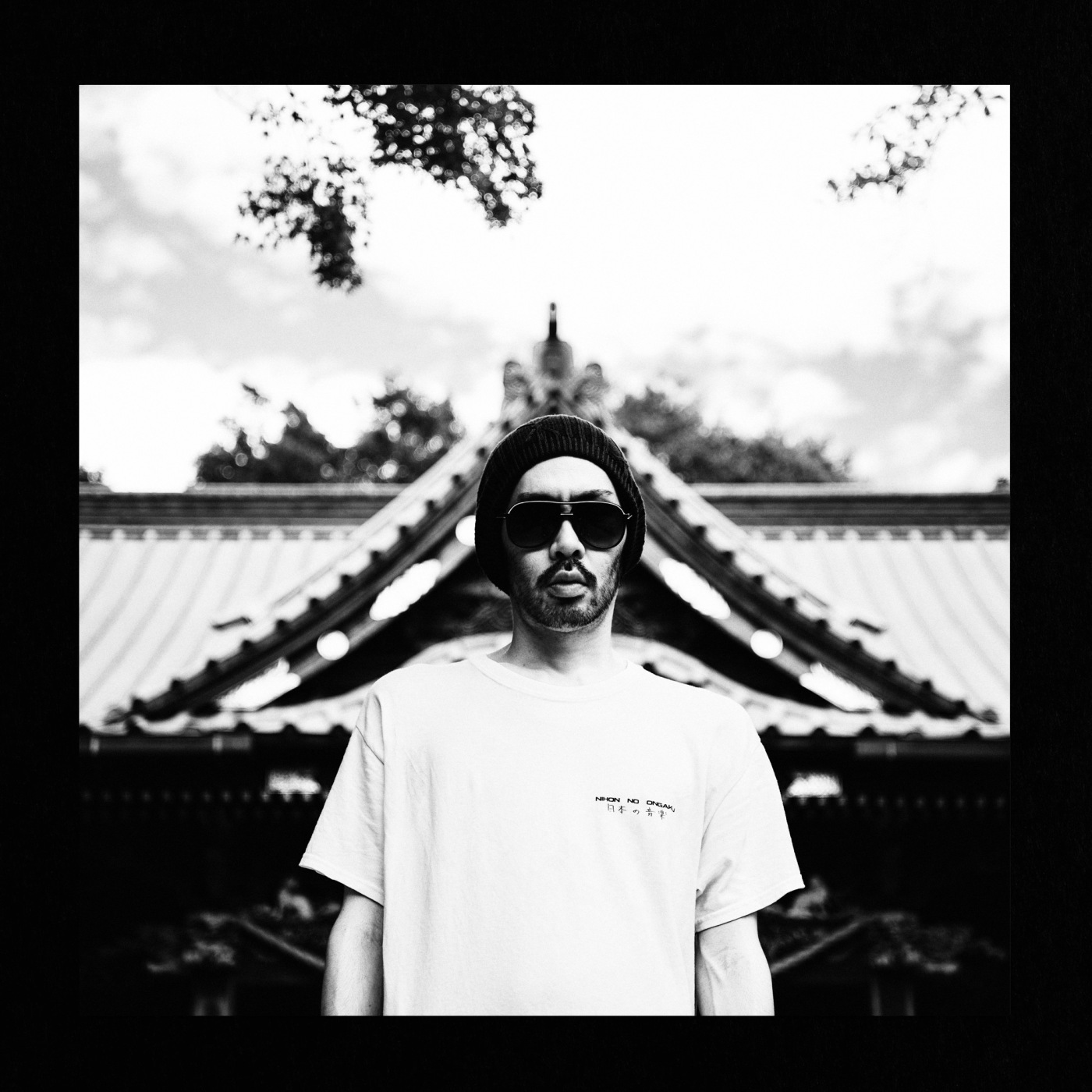 Hailing from the vibrant Japanese electronic music scene but musically focusing more on artists that made the genre famous, it’s Hoshina Anniversary who returns to Amsterdam-label MUSAR after his Zangai EP from 2019. This time though Hoshina took on remix duties for San Proper & D.’s track Home turning the original into a musically extensive and multifaceted piece that portrays his influences and visions. Moreover it hits close to where and how Hoshina sees himself at an artistic level, somewhere in-between warm Jazz-sounds paired with avant-garde (deep) chords and a touch of experimentation. Shortly before the release of the remix the cacao-loving artist spoke to Torture the Artist about the local scene and the reasons he struggles with his home country, why he’s repeater on Amsterdam-labels and how he wishes to be perceived one day.

Torture the Artist: Hello or kon’nichiwa Hoshina, tell us something about your day.

Hoshina Anniversary: Hello. Yoroshiku Onegaishimasu. I woke up then walked a bit before I made some demos and listened to music. Then it’ll be the usual routine, meaning I’ll have lunch, dinner, take a bath and get some sleep.

Torture the Artist: What’s a (Japanese) snack one should eat while reading this interview because it depicts the vibe of it.

I was sick and tired of listening to music that was a fusion or combination of cheap Japanese instruments and Techno.

Torture the Artist: It’s said you combine electronic music with traditional Japanese instruments, what’s the challenge and desire for you to combine both in your music?

Hoshina Anniversary: I was sick and tired of listening to music that was a fusion or combination of cheap Japanese instruments and Techno, so I wanted to try something deeper and more meaningful myself.

Hoshina Anniversary: I think the first electronic track I’ve ever heard was The Police’s Synchronicity. Around ten years ago I decided to have a career in the genre because I found that it suited me personally and I could do it on my own.

Torture the Artist: What’s an instrument you’d love to play but don’t and implement into one of your tracks?

Hoshina Anniversary: I wouldn’t say I want to implement a certain instrument but rather something like nature sounds or produce a track with my voice – that could be challenging.

Torture the Artist: Mule Musiq, one of the most renowned labels for electronic music from Tokyo revisits or re-releases Japenese tracks, what’s a track you’d love to revisit or have re-released that’s still of relevance for you today, and why?

Hoshina Anniversary: Definitely I have to say it is Scott Henderson & Tribal Tech’s Spears, because this album is so hard to find and therefore quite expensive too. It may be crazy but the musicianship is great, and I still like it for the simple reason that it has the complexity, urbanity and lastly an elegance like Steely Dan.

Torture the Artist: Besides having released on Young Marco’s label Safe Trip last year, you also had a four tracker on Amsterdam label MUSAR. How did this Amstedam-bound come about?

Hoshina Anniversary: It’s just a coincidence. For the past two years I could not find a label from Berlin that I was comfortable with.

This remix covers my musical roots to a certain extent.

Torture the Artist: Now you return to MUSAR and remix San Proper’s & D.’s track Home for the label’s latest EP, how close to your musical home does your remix hit and what made you remix the track in the first place?

Hoshina Anniversary: I think this remix covers my musical roots to a certain extent, for example Miles Davis’ album Miles In The Sky. There’s also a bit of Herbie Hancock from the CTI era, and in the latter half of the remix there’s a bit of Weather Report’s Heavy Weather.

Torture the Artist: The remix has almost an artsy jazzy piano vibe, which distinguishes your version from the original. It’s also something that you include in some of your original tracks too, e.g. Duke or Hakkenden I. Where does this preference derive from and is this warmth that comes with it a musical counterpart of some of your other tracks?

Hoshina Anniversary: Maybe it’s George Duke’s song Yeah, We Goin and James Mason’s album Rhythm of Life, but it could also be Steely Dan, Chick Corea and Stevie Wonders’ album Songs In The Key Of Life.

I do not want to remix a track in a way so that the artist, who made it, is not happy with my approach.

Torture the Artist: Your remix on MUSAR is the first in a couple of years, what does a track have to have so that you remix it?

Hoshina Anniversary: I want some kind of strength in that track or my remix and additionally I want to use some of the more impressive parts of the track. Also I do not want to remix a track in a way so that the artist who made it is not happy with my approach.

I want to continue to make my own music and be perceived as a deeper musician.

Torture the Artist: Generally your music seems to not focus on current trends but to be rather classy and timeless as it seizes sounds that can be ascribed to the early or earlier stages of electronic music. Do you understand your music partly as a homage to its founding fathers and how would you like your music perceived?

Hoshina Anniversary: I will forever be influenced by Aphex Twin’s Selected Ambient Works, Vol. 2 and I love the attitude of Thom Yorke and Ryuichi Sakamoto towards music. I want to continue to make my own music and be perceived as a deeper musician, one that can be compared to the music of those three artists I just mentioned. Foremost though, I want to make music, it’s a part of someone’s life and it can stay with them at a deeper level.

Torture the Artist: To what extent does your music represent your hometown of Tokyo or in other words how much Tokyo lays within those tracks?

Hoshina Anniversary: I feel like it’s hardly included to be honest. Over the last two years, I’ve written songs with Japanese titles, and I’ve written songs about Japan like 500 years ago or something, but funnily never about my hometown Tokyo. I don’t know why I haven’t done a song about it though.

Torture the Artist: As a side-note your music is, as mentioned before, rather timeless or classy while Tokyo is known as a quite advanced, trendy and hip city (at least in Europe), is your music a rebellion against the restless?

Hoshina Anniversary: For me, Tokyo isn’t a quite advanced, trendy or hip at all and I feel that Japan as a country is losing its power and decadence. So maybe I make music because I want Japan to be more advanced, trendy and hip again.

Torture the Artist: What’s a cultural mistake or cultural blunder almost anyone makes when being in Tokyo and what’s a widespread imagine of your hometown that is just wrong?

Hoshina Anniversary: I can’t think of anything and you should know that even if you did make a cultural mistake in Tokyo, I think the Japanese people are mostly kind and accepting and forgive you.

I don’t feel like I exist in this country.

Torture the Artist: How are you involved in the local electronic music scene and is the scene as strongly hit by the pandemic as the in Europe?

Hoshina Anniversary: I don’t feel like I exist in this country, but there are some great DJs like DJ Nobu. Compared to Europe, the clubs here have some regular nights and events and the local DJs are doing great in those.

Torture the Artist: Aside from electronic music, what’s another (artistic) field you are active in or could imagine becoming active?

Hoshina Anniversary: It’s just the music. From the early morning to late at night it’s all about listening to music, making music & thinking about music – that’s my life.

Torture the Artist: What’s an artistic frontier you’d like to cross with your music?

Hoshina Anniversary: Making music that is simple and deep. That’s the most interesting and artistic thing I’m doing at the moment.

Torture the Artist: What’s the most interesting part for you in electronic music’s history and which one would you like to rewrite or continue writing?

Hoshina Anniversary: The early days of Aphex Twin certainly. I’d like to experiment like Radiohead with their track Kid A. And no matter what, I always want to be experimental, not caring what other people may think of me, and I’d love to be as artistically active as Thom Yorke or David Lynch, so namely I don’t want to reach my musical peak just yet…

Torture the Artist: Batman or the Joker?

Hoshina Anniversary: I personally would say that I’m Batman, but others may think I’m a Joker or an invisible man.