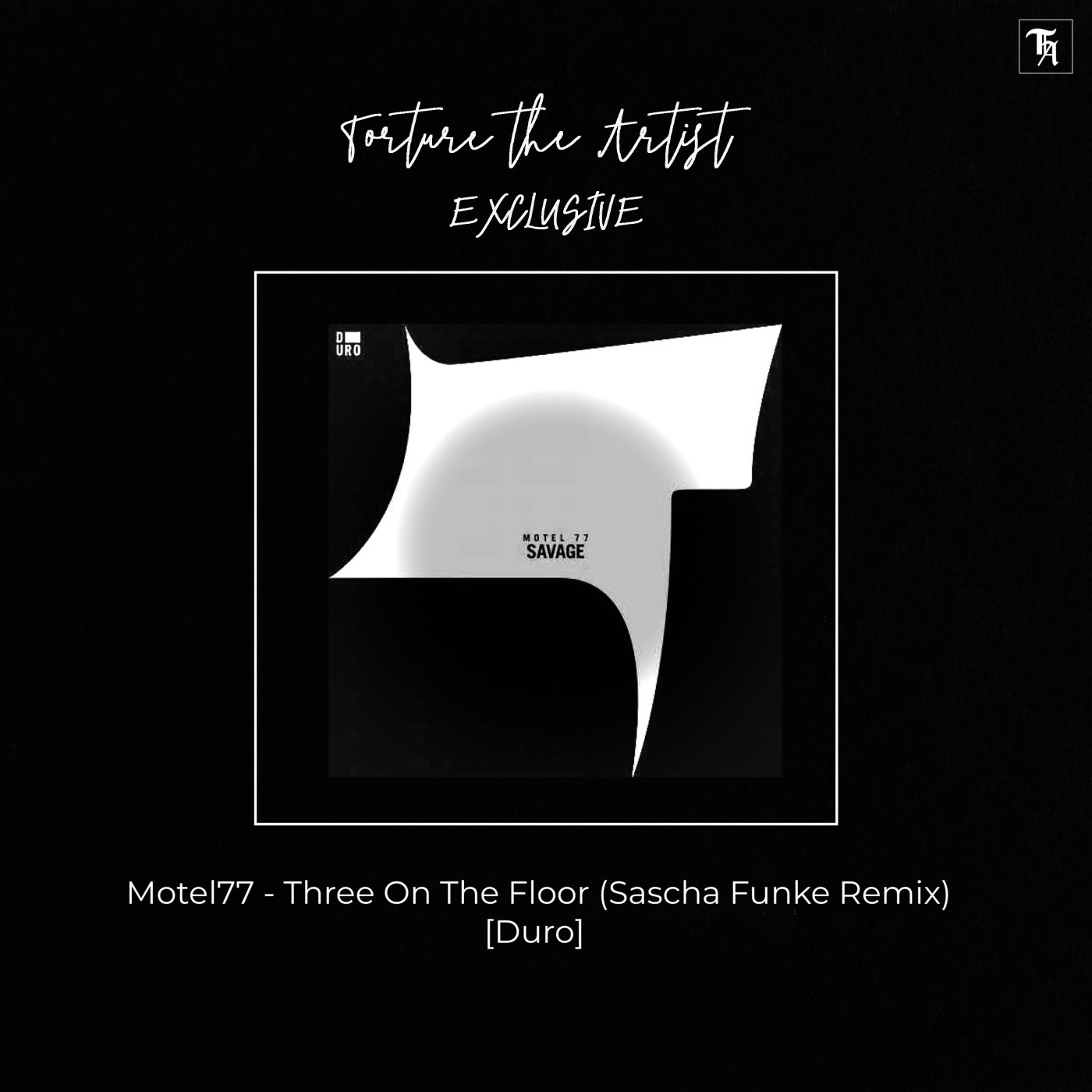 Berliner Sascha Funke is back from a temporary vacation and his Genex EPs on Permanent Vacation to release a remix for Motel77‘s track Three On The Floor on Mexican label Duro. Funke’s approach takes the listener back in time, to an episode of the 2000s when dark synth chords paired with an extraordinary groovey bass line, vocal snippets and a darkly twisted vibe used to be key on Steve Bugs’ Poker Flat label. A sound that resembled the internationality of the Berlin club- and subculture, a sound that lashed the audience through PacMan-ish club levels, a sound that was as drippingly wet as the sweat off the wall, a sound that was as creepy as the Freaks could get, a sound that now is re-touched, re-designed and relived by Sascha Funke. Aside from the latter characteristics Funke keeps his work hypnotic by layering various bleepy tones creating this kind-of-cool track with a technoid vibe that you are dying to hear in a club played out.