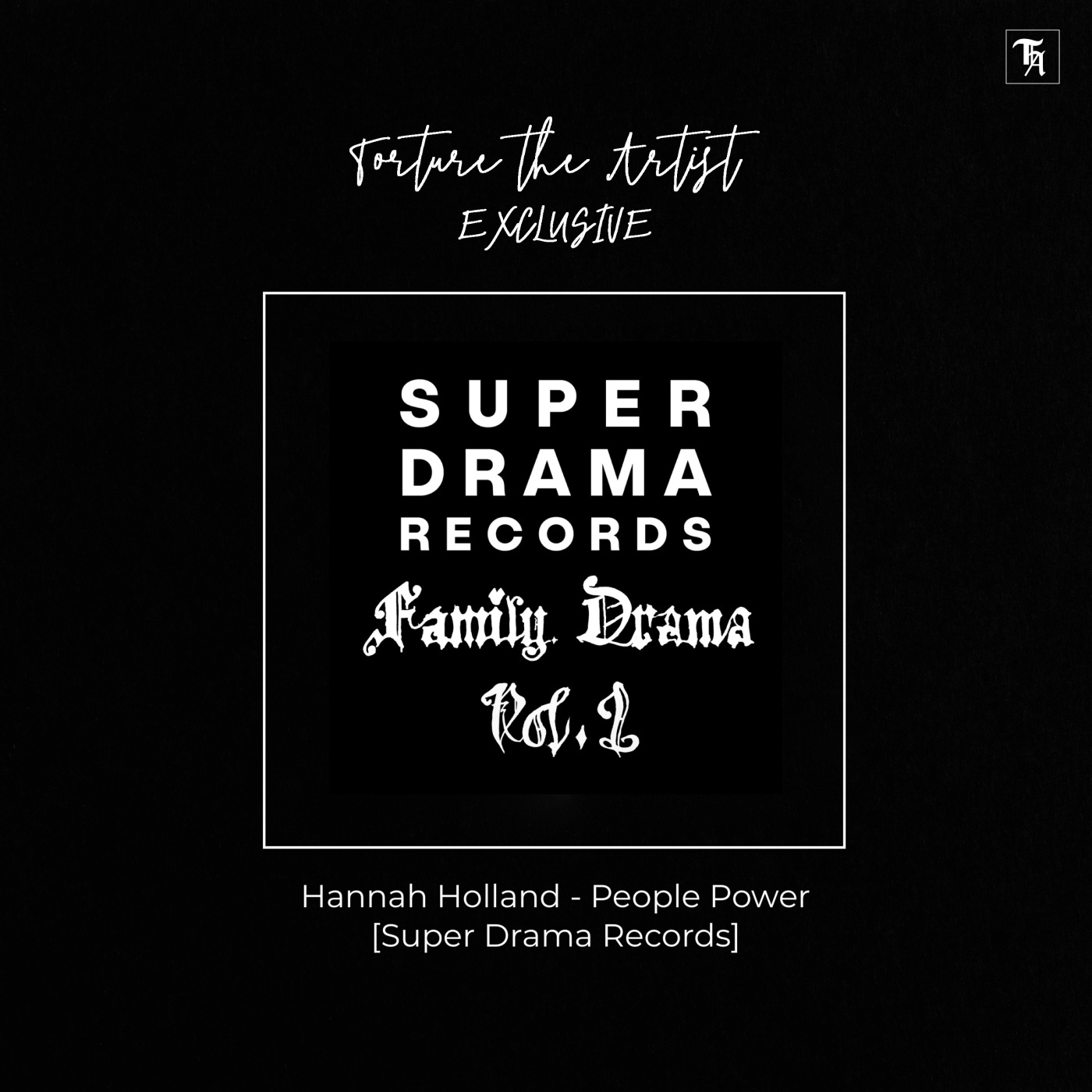 Everyone likes a little drama at times and this one comes in three acts. London based artist duo Super Drama is about to release the first part of their Family Drama series, which comes altogether with five tracks from Cheriii, Jaye Ward, Angel D’lite, the duo itself and Hannah Holland. The latter delivers the deepest musical approach on the various artists EP with her take People Power, which seemingly is a homage to the early Chicago House days and contains a message that’s as relevant as the current world events: no person is illegal. Provided with a percussion infuenced bass line, the aforementioned deep note of People Power highlights the message, namely that of resisting anywhere and everywhere if people doubt and deny the legality of a human being. Hannah Holland delivers a mixture of various chords that are smoothly integrated into the track’s corpus; that are responsible to emphasize or keep the groove and transports people’s powers elegantly and intriguing through the five minutes of the track.

Family Drama Vol. 1 will be released on Super Drama Records on August 14th, 2020.