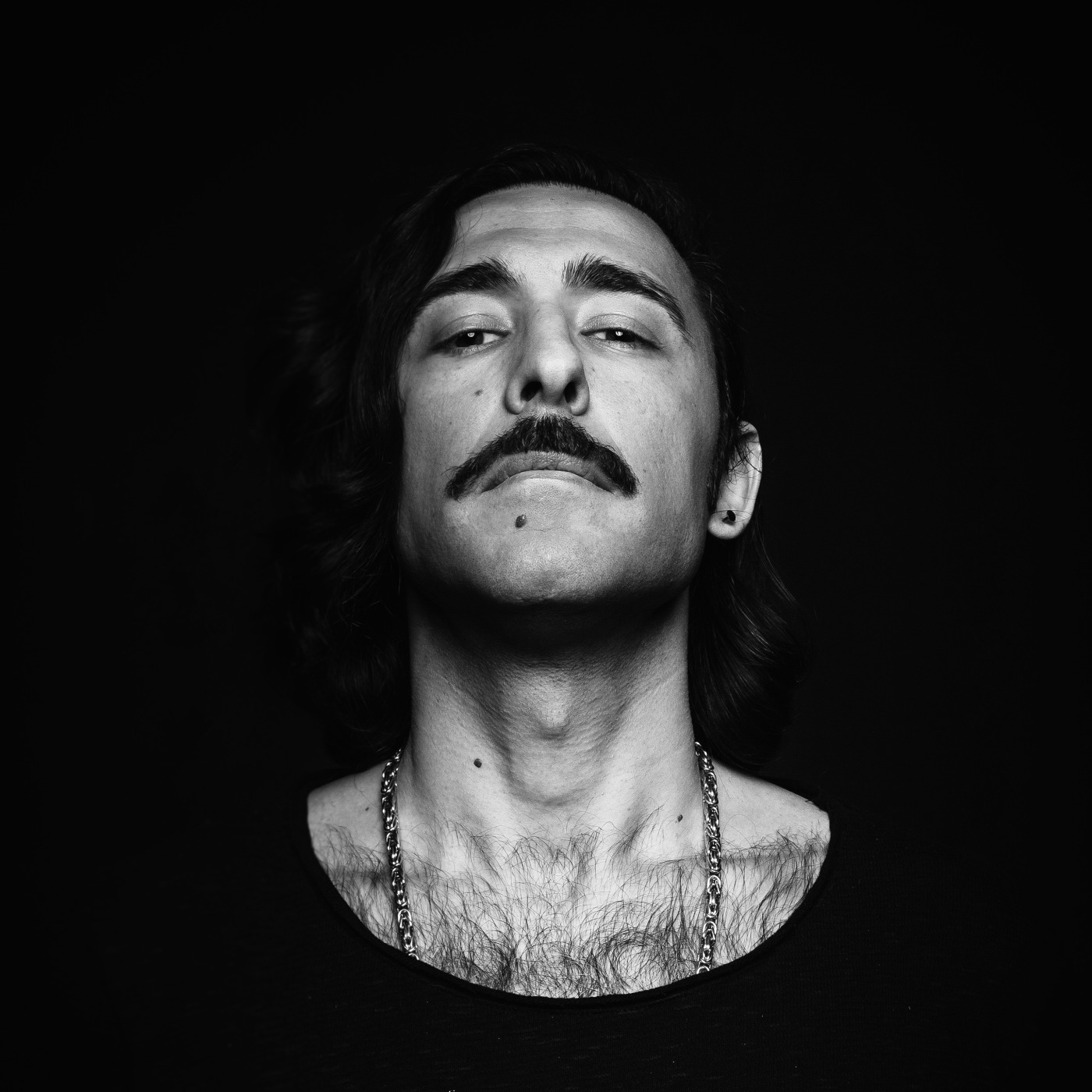 Bülent Gürler has been living and breathing music for a few decades now and through the years, his impeccable and sophisticated production style, world-class and highly potent DJ skills, and a striking signature charm have not lost their luster. Though it took him some time to come into his ‘Butch‘ moniker, the Mainz-based DJ/producer has owned his name, its meaning and the versatile, ever-relevant, genre-bending music attached to it. Well loved by house and techno music lovers alike, for his music, his charming aura and convincing sense of humor, not everyone, or anyone for that matter, has what it takes to be the Butch of today’s music scene. Constantly in between studios, festivals, gigs and carrier pigeons, it’s hard to pin Butch down, but luckily, shortly after the release of his and C.Vogt’s heavy-hitting tune ‘Desire‘ on Gerd Janson’s Running Back, Torture the Artist was able to get a few words, a little secret, and surely a bunch of jokes, from a man 1.240 kilometers away from his home.

Torture the Artist: Hello Bülent. What is sitting (or standing) in front of you right now? How far away are you from home?

Butch: In front of me is the wall of a hotel-room. In front of that is my laptop on which I am typing right now. I’m in Barcelona tonight, roughly 257 hours by walk- simply 1.240 kilometers – away from my home.

Torture the Artist: Thanks for that utmost precision! Which track of yours best describes your mood now? We can’t ask most artists this question but as you have been a track spewing machine over the years, you can’t skip it.

Butch: Amnesia Haze, because I have just woken up from a lovely nap and am super relaxed, looking forward to my gig later!

Torture the Artist: The summer just wrapped up, how did the season go for you? What did you spend the most time doing? Any special trips or experiences that stand out?

Butch: I was on tour most of the time. What stood out were my own parties ‘OTHERSIDE’ at the underground club Grießmühle in Berlin and my gigs at Circoloco Ibiza in DC10.

Torture the Artist: Before we dig into the music, we’re curious about the story behind Butch. First of all, why the Butch moniker?

Butch: For nearly 10 years I had been making music and slowly, finally, things were starting to click. I had a release coming up, signed by Riley for Trapez and I was excited! But I had a problem. I wasn’t using my old DJ name anymore and I needed a new name fast. Riley kept on getting on my nerves and I kept avoiding his calls. One evening he said: You have until tomorrow, otherwise we can’t put the record out anymore! That evening I watched Pulp Fiction and Bruce Willis’ character is asked what his name – Butch – means? He answers: ‘I’m American honey, our names don’t mean shit!’ I loved that. A name that doesn’t mean anything, I just wanted my music to speak. So I called Riley and told him: ‘I have a name!’

I just did what I did because I loved it.

Torture the Artist: Where did you grow up and how did you get into music? Did a musical career court you for a while or did you fall in love at first sight? When did this love affair all begin?

Butch: I grew up watching HipHop movies, fell in love with the DJ culture and graffiti and all that. My brother listened to Techno, so I got into that as well. And in the 90s I got started, first DJing and then making beats on the computer. And by then I was obsessed, I just did what I did because I loved it.

Torture the Artist: It seems like parties come naturally to you. Do you go out often? Can you name some of your favorite venues?

Butch: I don’t really go out anymore, because I have such a full tour schedule. I love going to the location before my gig if I get the chance and check out my colleagues, though.

Torture the Artist: Techno heads love your music, house lovers and most others do too, being able to create such versatile and relevant music must start from your foundations. Who were your musical inspirations growing up? Whether or not you agree with genres, what influences would you say, most drive your direction and style?

Butch: The only reason I am so versatile in my productions is because I am even more versatile as a music fan and listener. I genuinely listen to many, many different types of music and don’t really know what influences me consciously.

Rumors have it that I am an excellent DJ.

Torture the Artist: Rumor has it you are a visual artist type as well, Grafitti ring a bell? What are some of your hidden talents?

Butch: Rumors have it that I am an excellent DJ.

Torture the Artist: The rumors have it all, supposingly. Can you imagine yourself doing anything else besides music? What was your fall back career?

Torture the Artist: Well, certainly you don’t need that, or any, fallback now! Besides having hundreds (how many exactly?) of productions, whether edits, originals or collaborations, you’re a well traveled and highly requested DJ as well. How do you find enough time in the studio to keep your productivity rate incredibly high?

Butch: I treat it like a job, even though I love it like a hobby. The job part means: I am in my studio every day that I am not on tour. I stay in the studio for at least 8 hours on a normal day. That’s also my tip to aspiring producers: Inspiration comes through putting in a lot of work and time. Don’t just do it when you feel inspired. Do it to become inspired! You can quote me on your Instagram, if you want to sound #deep.

Torture the Artist: Does this mean you never sleep? At some point in your long and eventful career, did you find the need to take a longer break than you had planned? Tell us the secret behind your extraordinary focus, drive and creativity!

I only started experiencing stage fright when I became more well-known.

Bucth: I only started experiencing stage fright when I became more well-known. I think the rising expectations do that to me. But I guess I just need to remind myself that I’ve been DJing for more than 20 years now and that I’m as ready as I’ll ever be and then simply go out and have a fun time!

Torture the Artist: Throughout your long career as a DJ, can you think of your favorite moment/s at the DJ booth? Which cities did you enjoy playing in most?

Butch: Man, there are too many moments. I loved those milestones: Playing in the Cocoon Club for the first time back in the day or the first time I had a gig overseas. It was an amazing experience flying somewhere and getting to play in a foreign country. Those memories will last me a life-time.

Torture the Artist: You’ve collaborated, including remixing or being remixed, with some of the biggest names in both techno, house, and even tech house – Kölsch, Waff, Booka Shade, even Ricardo Villalobos. How do those projects come about Do you find that working with other artists change you as well?

Butch: Basically those are all personal friendships, which made those collaborations come about naturally.

Torture the Artist: Few years ago, you formed Burtric with Ricardo Villabos and released some tracks, will we see more projects in the future? Any interest in playing DJ sets with Ricardo on this moniker?

Butch: There are more ButRic tunes. We’ll see when we plan on releasing them. Everything has its time. We haven’t played a set together yet, but who knows what the future holds?

Torture the Artist: You and C. Vogt seem to have great chemistry, having worked on many tracks through the years. This year, you are releasing your EP, Desire on Gerd Janson’s Running Back records, which is already gaining a lot of traction within the dance music community. Desire seems to be made from the dance floor,by the dance floor, for the dance floor. Can you share how the idea for the project came about and how it materialized?

Butch: I came across the sample while I was going through Chris’ music collection. We were really lucky no one else had used that sample. The track basically made itself once we had the sample. The only thing that took ages was clearing the sample, I think all in all it took more than a year.

Torture the Artist: How did the track find its way onto Gerd Janson’s Running Back label?

Butch: Gerd has been a friend of mine for years now and lives roughly 30 kilometers away from me, so it was easy to send him the track, I burnt a CD and sent him my carrier pigeon. He has been playing this tune for ages now and it’s a hit at Panorama Bar.

Torture the Artist: Now that the project is over, are you giving yourself a little break or do you already have others in the pipeline? What else do you have in store for the rest of the year?

Butch: I have new EPs coming up on Running Back, Freerange and my own label OTHERSIDE, as well as some more remixes.

Torture the Artist: The teaser-video for ‘Desire’ is quite something, will there ever be a full video for the track?

Butch: Aw, man, I was only bullsh*tting with this. There is no video coming, I was just playing with you.