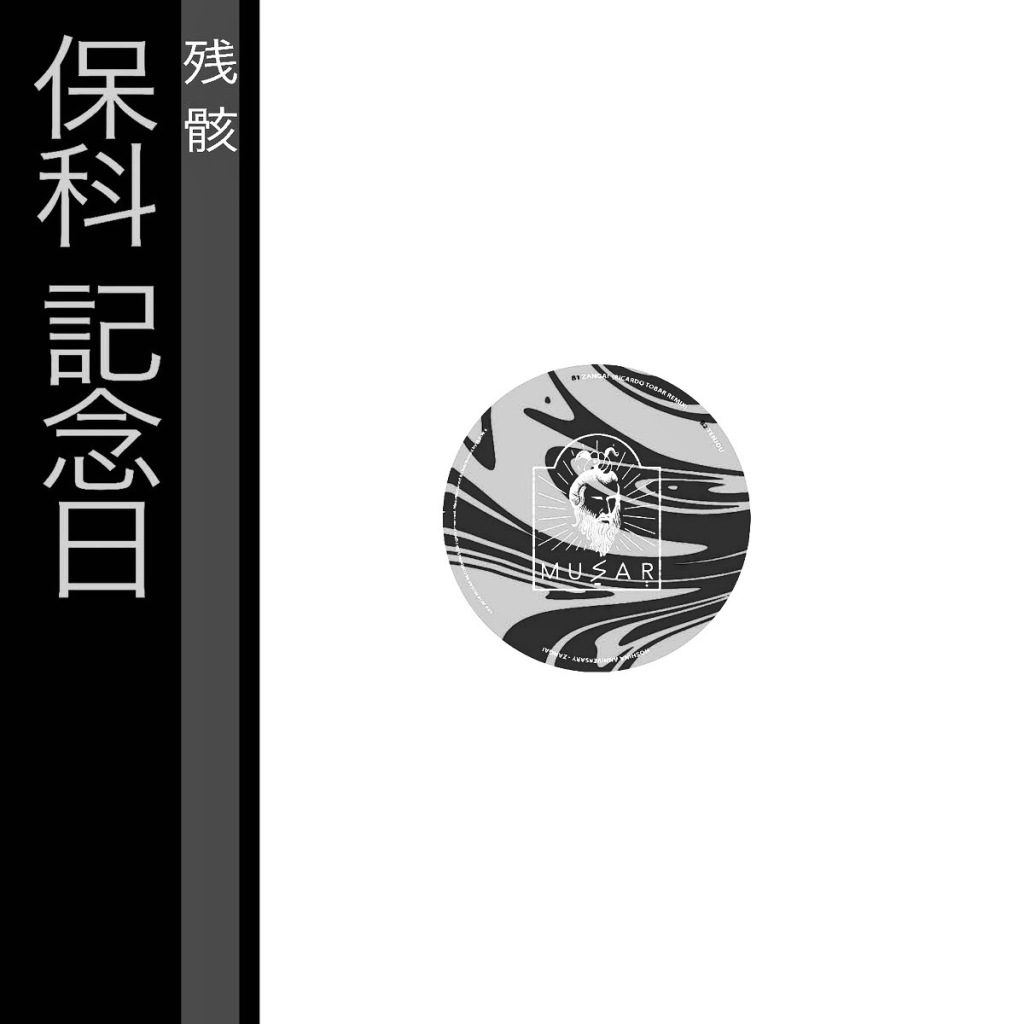 Amsterdam label MUSAR continues 2019 with another artsy release on the label by Hoshina Anniversary, who delivers four tracks that are taken all together under his ‘Zangai EP’. The Tokyo based artist seems to be on fire releasing an album, ‘Nihon No Ongaku / 日本の音楽‘ as well as his long awaited ‘Hakkenden EP’, recently. No less expected is ‘Zangai’, a track that has been heavily played out by Lena Willikens and is a driving acid paean. Ricardo Tobar, who was responsible for MUSAR’s latest EP ‘Nadivi’, took on remix duties for the EP’s eponymous track. With this remix it becomes clear why Ricardo is one of the producers to look out for. A rolling and rattling bass line rides the listener through the first episode of the track before the lead synth sets in and the rattling is switched off. After that it’s darkness that takes over until pad sounds and background layers remain and kind of simulating a musical moment of silence. The aforedescribed rattling then returns and is enriched with bleeps and chords, whose tonal array digs into one’s mind as if Tobar planted an anthem in the back of our minds.

Hoshina Anniversary’s EP ‘Zangai‘ will be released on MUSAR on June 14th, 2019.