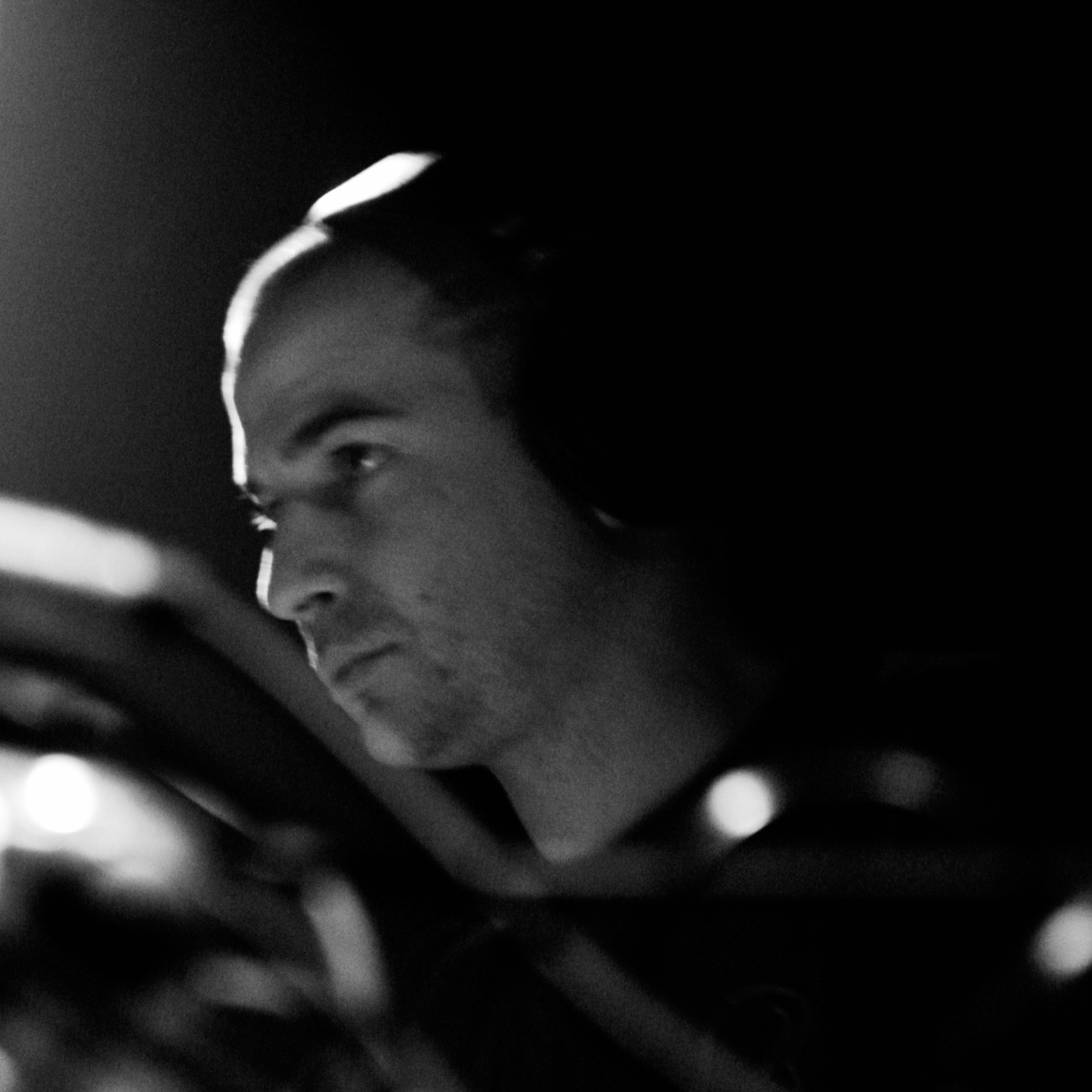 He’s one of the thriving forces in Istanbul’s floorishing nightlife, a mainstay in the national electronic music scene for almost two decades, a DJ, a producer, a trained sound-engineer, a co-label owner but foremost an artist, whose music hits the zeitgeist. Carefully selected and well-produced releases on labels such as Innervisions, Isolate and Multinotes granted Murat Uncuoglu worlwide recognition and put the artist into the scene’s spotlight. As his ‘Trees Of Light‘ EP is about to be released as early as the end of March on renowned Italian label Multinotes, Murat sat down with Torture the Artist to speak about the local electronic music scene, the role of his family for his career in the music business, his newly co-founded label Isolate and, of course, his upcoming EP.

Torture the Artist: Hello Murat, where do we find you today and what’s the last thing you’ve planned?

Murat Uncuoglu: Right now I‘m working on the pre-mastering of my next release – and to be honest it‘s a bit boring work, as sometimes I feel like would it be better to change this or that within the last minute, so I‘m usually going in between different ideas even though I have the track right in front of me.

I usually follow my feelings when it comes to production.

Torture the Artist: Your EP ‘Trees Of Lights’ will be released shortly on Multinotes and again seems to hit the zeitgeist as it is heavily supported by various key players from the scene. Would you rather go down in history as an artist who produced contemporary electronic music, or timeless pieces of music? And what‘s your approach when producing music?

Murat Uncuoglu: Yes, I‘m very excited about the new release, as every release has different meanings to me. I am so grateful for the support that I get from everyone – not only the key players of the scene but also from those who I don’t even know are supporting my work. I usually follow my feelings when it comes to production, so I produce what I feel and I guess this is my general approach, but I‘m trying to avoid the trends with sounds. Either I try to have a strong beat and a groove so that I‘m able to touch the dance floor, or a short, nice melody to touch the emotions of the listener – but without both a good harmony or a strong beat or a good melody a track can never truly touch the listener.

Torture the Artist: You’ve been dedicating your life to music for more than two decades – what have been major milestones in your career that still affect your present being as an artist?

When I started making music conditions weren’t that easy in the country I lived in.

Murat Uncuoglu: Music, music and more music – this is basically what my life consists of. Of course as you said it’s been long time that I’ve been in this industry, and I‘ve done lots of events, and run clubs back in the day – and I‘m still doing it. When I started making music conditions weren’t that easy in the country I lived in. For instance with the technology – compared to what we have access to now – and the way society saw electronic music etc. But in the end all those diffıculties made me better and helped me to get where I am now.

Torture the Artist: Your biography states that ‘With a love for music and technology, the decision to pursue a career in electronic music was not too difficult. Applying it to a traditional society, however, was the real challenge.’ Can you explain the last part a little bit more with how you overcame these difficulties and how you dealt with these issues?

Murat Uncuoglu: I can explain it this way – around twenty years ago when I would tell people that I was a DJ, the next thing that they’d ask was, when are you going to get a proper job? It’s clear that I never backed down; I went to London, I studied sound engineering and I worked in production studios. In those days I was living by the idea that DJs had to produce their own music to get their place in the industry. Of course, there were both good and bad sides of those times.

But as they saw me growing in music they started to understand how much passion I have.

Torture the Artist: Coming back to the question before, what role did your upbringing and family play in your dream to professionally work in the music business?

Murat Uncuoglu: My family has always supported me, of course, but they also asked the same question of ‘when will you get a proper job?’ But as they saw me growing in music they started to understand how much passion I have, and they have realised it even more when they saw me succeed – that was when they accepted it fully.

Torture the Artist: At one point you decided to move to London, and subsequently studied sound engineering and production. What was the crucial point where you decided to make that move and what impact did it have on your life? How has London advanced you personally and as an artist?

Murat Uncuoglu: In those years London was one of the best cities to learn studio techniques, and of course because of the English culture I chose to live there – but the legendary Ministry of Sound club, USA house, British house and a little bit of trance also just a little bit attracted me to go there! And believe me, being there on its own has taught me a lot!

Torture the Artist: How did you apply the knowledge and all the experiences and impressions you gained in London when you came back to Turkey? Did you experience things differently and when you implemented these things back in your home country did you do so right away, or did you have to throw some of your plans overboard again?

Murat Uncuoglu: Every summer I was going to Istanbul to pursue various projects. I was a resident DJ in our legendary clubs ’19’ and ’20’ where the underground scene started in the city. But then we opened a club in 2019 and started a radio in 2019 too – but after buildıng up the real culture of the underground scene in Turkey I then worked in lots of clubs and events. I booked many major artists when they weren’t major, and was involved in the time when we built Indigo club wıth its Function One soundsystem – we worked so hard all the time to take the scene to another level whenever we looked to analyse what was missing. Whilst those things were going on we started running afterparties together with Beatgate in different places; they started at 3am, finished at 10am, and the crowd has since grown over the years and supported us. And they‘re still supporting!

I am trying my best to support new talents and showing them the good way of growing.

Torture the Artist: Speaking of the present, you‘re probably a massive key player when it comes to electronic music in Turkey, and you’ve done a lot for the local scene. Has this ever been your plan and do you see yourself as kind of a role model for others?

Murat Uncuoglu: I am trying my best to support new talents and showing them the good way of growing, as I believe being a good artist needs three things: talent, discipline and intelligence. If one stone of the tree is missıng then it’s going to be hard to succeed as you can only perform daily-focused work and you won‘t see the ten years later.

Murat Uncuoglu: We‘re all human at the end of the day, and we both think, act and feel different from each other – but all together we create a great harmony. I love to put my music out as a human and I believe this is what makes us special in a way. This is the most important thing on an emotional level – just touching someone with your very own music in a positive way.

Istanbul is both an emotional and a melodic city.

Torture the Artist: Which of your productions is most likely to represent Istanbul the best and why?

Murat Uncuoglu: The ‘Trees of Light’ track, because Istanbul is both an emotional and a melodic city to live in.

Torture the Artist: From an outside perspective – which is of course subjective – it seems like you, Alican and Ali definitely put the scene in Istanbul on another level, and by that also gained well-deserved recognition for your own hard work. You’ve been bringing outstanding artists to the city for events and you‘ve just started your label Isolate too. How do you maintain a clear vision with all this and what do you still want to achieve?

Murat Uncuoglu: Only by aiming at good quality of music has this got our label to a special place, as we have quite some experience with events management. Now, we want to grow our little baby Isolate by taking it more seriously, and of course we‘ve already made our plans towards that, but it needs to have more time and focus.