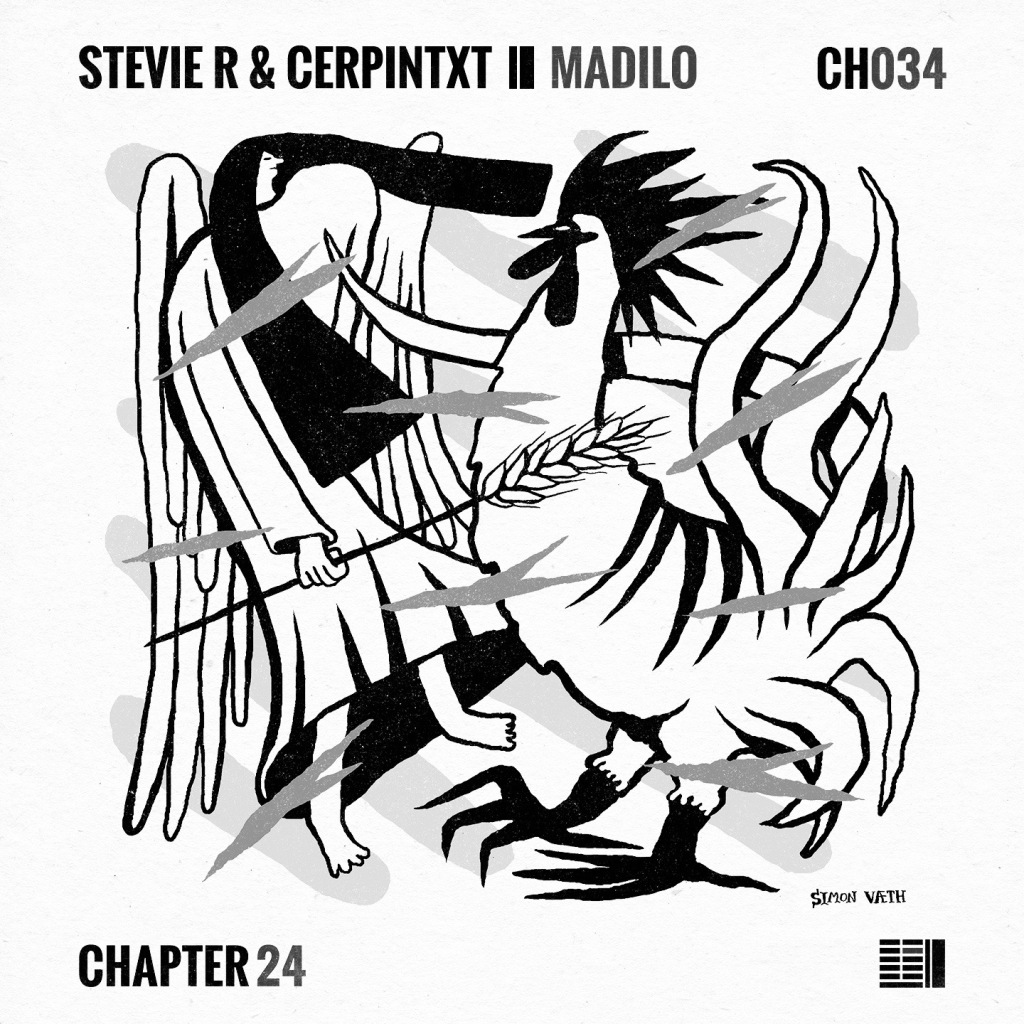 Stevie R teams up with vocalist CERPINTXT again to produce two original takes, ‘Madilo’ and ‘Red Lemon’, for Chapter 24’s catalogue number 34, a vinyl only release. Aside from the two original tracks, ‘Red Lemon’ is remixed by Ed Davenport and Man Power. The latter reduces the original’s groove to its acid line before introducing a bass being 1 minute 18 seconds into the track. Shortly after the Mexican-based producer takes a short break but only to prepare its listeners for the synth-pad melody that is either supported by the bass line, the acid bleeps or trippy textures solo or altogether throughout the track. Man Power plays with these musical ellipses in a James Joyce manner and emphasizes the elements taken from the Stevie R & CERPINTXT original take while rearranging, restructuring and reseting them to a divine remix that Joyce could not have written properly.