We might not be so familiar with his alter ego Danny B or the less auspicious D.B., but DJ/Producer, genre-bender and all-around cool guy, Daniel Bortz has been a propulsive presence international house music scene for quite some time now, though no one’s really counting. With handful of gutsy, spunky hand hip contributions to the electronic music scene spanning over almost two decades, the Augsburg-based Resident Advisor Top 100 DJ alum chats with Torture the Artist about his hometown, his lifelong affair with various flavors of music and everything in between, a sneak peek into his method, a glimpse into his madness, and even drops a few cents on how humanity can achieve world peace.

Torture the Artist: You’re currently based in Augsburg, tell us a little bit about your town.

Daniel Bortz: It’s a nice old town in western Bavaria, where you can have a balanced way of living. It’s not too large, so almost everything is walkable. Also, there’s no big hype in Augsburg, so it’s not too expensive like Munich for example. But we have a solid scene and good culture led by a lot of creative heads in the city.

There was no reason for me to move to Berlin because of music, as I’ve always found everything I needed in Augsburg.

Torture the Artist: What has been preventing you, all these years, from joining the flock of electronic music artists who migrate to Berlin?

Daniel Bortz: There was no reason for me to move to Berlin because of music, as I’ve always found everything I needed in Augsburg. I still like to create my music in this calm atmosphere. The only reason why I would go to Berlin is because of my family and friends that I miss, who’ve settled there.

Torture the Artist: Besides Augsburg, which city would feel the most at home in?

Daniel Bortz: I don’t really know because I’d have to first try, but Los Angeles has always felt like a very good place to me. 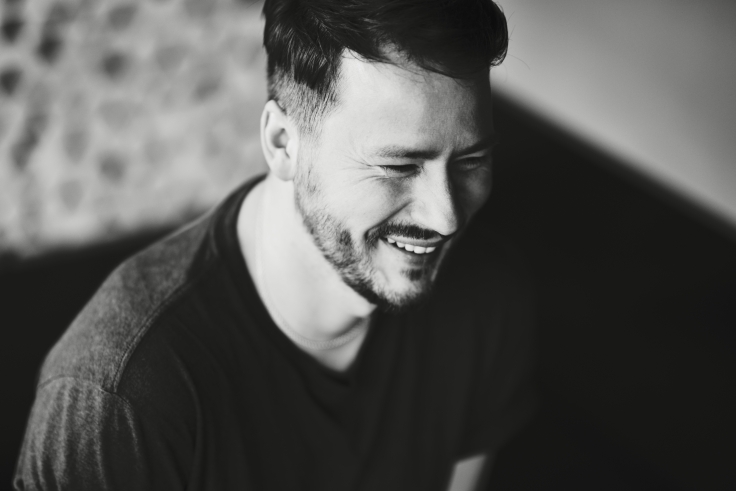 Torture the Artist: Which music scene in any city, would you want to learn more about or wish to be a part of?

Daniel Bortz: I don’t have a specific scene or city in my mind, but I’m curious about many kinds of music on this planet.

Torture the Artist: Name 5 tracks that best characterize Daniel Bortz, and why.

Daniel Bortz: That’s very difficult but I will try:

Südwind (2007) from my debut EP on Pastamusik. I think you can hear my raver roots here but also my attempt at keeping it deep.

I Am Looking  (2010) on Circle Music. This is one of my older deep house tunes that I still really like as it contains my sample MPC jam vibe.

Cuz You’re The One (2011) on Suol. I guess this track is very important in showing my deep, slow, house sample side. Moodymann later took the tune onto his DJ Kicks which made me very proud. <winks>

Steady Note (2014) on Pastamusik. Here I’m intending to showcase my learnings from the 90s on how to make a proper club tune.

Suffering (2017) on Permanent Vacation. Quite obviously, this track comprises a few styles from my past musical influences. It also introduces a few old-school buffering FX.

The Daniel Bortz we are talking about is almost synonymous with me.

Daniel Bortz: That’s hard to say because the Daniel Bortz we are talking about is almost synonymous with me. That’s why I don’t have a stage name yet, so there is no other Daniel Bortz.

Torture the Artist: Do you think that Daniel Bortz would re-think his Instagram profile name?

Torture the Artist: With your busy schedule, how do you tend to relax at home?

Torture the Artist: What music do you usually listen to in your downtime?

Torture the Artist: Which artists have influenced you the most, both professionally and personally?

Torture the Artist: 2011 seems to have been a great year for you with an impressive number of releases. Did anything out of the ordinary happen in that year to stimulate this surge in your musical aspirations?

Daniel Bortz: Yes, that was the year when I stopped my normal job, so I finally had the time to make/finish my music.

You will come across some of my hip-hop productions in the future.

Torture the Artist: HipHop & R&B seem to be a recurrent theme in your life, and more definitive for Danny B. How far did your aspirations to become a hip-hop artist go? How did you plunge into electronic music, and eventually, find the balance within or away from it?

Daniel Bortz: I started with rap as well as techno and a multitude of genres at the same time. I always kept open-minded and listened to almost all kinds of music from the start. I guess the club mixtapes and drum machines were what brought me there. So now I am musician/producer/DJ, and yes, you will come across some of my hip-hop productions in the future too.

Torture the Artist: In your own lingo, explain what TripHop is, in a nutshell. And further, what’s your relationship with it?

Daniel Bortz: Deep, trippy instrumentals to chill and drift away to. That’s the Bavarian vibe.

Torture the Artist: If you were to choose between hip-hop, R&B, Deep House, and Techno personified, which one would you take on the first date, cheat on, and eventually settle down with?

Torture the Artist: What is your method of selecting tracks to remix?

Daniel Bortz: If there is something I hear, a loop, atmosphere or hook then it’s ‘1 2 3 bin dabei. (editor’s note: I am up for it immediately)

Torture the Artist: Which track are you dying to remix at the moment?

Daniel Bortz: I’m not sure now.

Torture the Artist: You and Sascha Sibler seem to have good chemistry, can you imagine collaborating with anyone else? Any particular artist you might have a crush on at the moment?

Daniel Bortz: Sure, if there’s the right chemistry and it fits, then I’m open to it. But that tends to mostly happen with friends.

Torture the Artist: Which part of your job do you enjoy most, DJing or producing music?

Daniel Bortz: I enjoy both at the same level. Without DJing, I wouldn’t be the producer that I am today.

Torture the Artist: Does your emotional state in a certain moment have any bearing on your artistic equilibrium?

Daniel Bortz: Yes, of course, every emotion is necessary.

Love, support for each other, and no judgment.

Torture the Artist: Do you still enjoy the party scene given it is often analogous to electronic music? Or did you happen to notice a change in your perception of it, throughout the years? Could you describe some memorable dance floor moments whether experienced as a DJ, partygoer, or, if you’re feeling quite generous, both?

Daniel Bortz: Honestly, I didn’t notice any changes over time but I still love the feeling of a good party and the love that people give is unbelievable.

Torture the Artist: After three years, you’ve released again on Permanent Vacation, and this time on your own. How did the ‘Glide’ project materialize and is this the direction you intend to pursue further as an artist?

Daniel Bortz: ‘Glide’ is a typical jam for me. It came about from recording a few live tracks from the Mini Brute and the after edit was done in Logic. If you listen to the whole EP you can tell that I’m not looking to establish any specific directions.

Torture the Artist: You’ve produced the EP titled ‘Heal the World’, can you share some ideas on how we can make this world a better place’?

Daniel Bortz: Love, support for each other, and no judgment.