La Boum Fatale released his album ‘Holygram’ on Sinnbus in April 2016 creating soundscapes and an atmosphere that vary from melancholia to euphoria. With his EP ‘Holygrains’ the Berlin based producer releases three tracks and two remixes that were not featured on the album simply because ‘the three leftovers were not fitting in the first place. And as we were already having a hard time cutting the tracks for the vinyl release, more tracks would have made it even harder.’ But now the time has come to finally release this music and personally close the ‘Holygram’-chapter for La Boum Fatale in order to dedicate himself to new projects and music. Shortly before the release Torture the Artist had the chance to speak to the producer, whose music can be described as a journey from melancholy to euphoria.

Torture the Artist: Hello Antonio, tell us something about your day.

La Boum Fatale: It’s Sunday and I’m spending this grey day with my little family and animal documentaries on Netflix. I’ve just come defeated in a really tough fight with my MacBook, so I’ve resorted to answering your questions on my phone now.

Who even listens to whole albums these days, especially with the streaming services have taken over?

Torture the Artist: Your EP ‘Holygrains’ includes three of your unreleased tracks: ‘Purity Call’, ‘Levi & Claus’ and ‘Tide’, that were originally intended to come with your album ‘Holygram’. Why did you decide to hold them back until now?

La Boum Fatale: When Sinnbus and I compiled ‘Holygram’, we were under the impression that those tracks didn’t fit the flow, also we didn’t want to overload the album. I mean, who even listens to whole albums these days, especially with the streaming services have taken over? But as they’re part of the live set and I really enjoy performing those tracks, we’ve decided to release them. For me, it also feels like a closing to the ‘Holygram’ chapter, which means I’m ready for the next one.

What could be more truthful than my music printed on a piece of wax.

Torture the Artist: What is the story behind the neologisms ‘Holygrain’ and ‘Holygram’?

La Boum Fatale: ‘Holygram’ was a word that just came up out of the blue and I really liked the sound and looks of it. From there, I started building a story, a so-called interpretation of ‘Holygram’. Holy in German means truthful and gram is placed in context similarly to diagram or hologram, so it represents a printed or projected evidence of something truthful. And what could be more truthful than my music printed on a piece of wax?

Since those tracks are representing bits of ‘Holygram’, I decided to title them ‘Grains’, like the small pieces of a sample in a granular synthesis (something that I totally love). ‘Holygrains’ are therefore truthful grains. CHEESY!

Torture the Artist: How many more tracks have you produced that did not make the initial cut on the album, and what drove the decision to post-release those particular three tracks and the two remixes?

La Boum Fatale: I tend to start with a lot of sketches but only finish the ones which, from my point of view, are worth it. The three leftovers were not fitting in the first place. And as we were already having a hard time cutting the tracks for the vinyl release, more tracks would have made it even harder. On the other hand, it’s always useful to have extra material to release. The remixes from Deo & Z-Man and Heart Island came way before the album release and I think publishing their work is the least we can do to pay the remixers some respect. Thanks again guys.

My aim is to connect the productions through sound rather than tie them to a specific genre.

La Boum Fatale: As an artist, you are always fluctuating between those two worlds. Always reflecting and questioning your own productions and it gets quite exhausting, for me at least. One moment you’re struggling with everything and are ready to quit, asking yourself why am I doing this, is it all worth it, does anyone even care? And seconds later, something about the craft excites you all over again and you can be super euphoric feeling like the king of the world. This can happen through a fortunate accident during production, a nice comment about your work, a release, a booking request or an interview.

I would not say that I refuse to make a musical commitment per se but I do get bored very easily. After finishing a 4/4 floor track, I need to do something different. After a fast track, I tend to work on a slower track and so on. That makes it quite hard for me to commit to one specific genre or direction. That’s also the reason why my music varies dynamically not only from track to track but also within a single track. My aim is to connect the productions through sound rather than tie them to a specific genre.

Torture the Artist: Something fragile can easily be destroyed. How many times have you ripped your musical world apart, and why?

La Boum Fatale: I grew up with a lot of different music, as such, I was influenced and embraced all of it and still do. But from time to time, there comes a need for changing and challenging things. It’s like getting new glasses or changing your hairstyle. I started off with producing Nu Skool Breaks and House, then I moved on to this whole Maximal thing and now I´m producing… ah, electronica?! I wouldn’t say that I, or anyone else for that matter, ripped it apart. It just feels like a natural progression and it does not mean that I won’t come back to those other things again. Actually, I´ve gone back to using a lot of supersaws again.

Torture the Artist: Has something or someone ever ripped your musical visions apart, and if so, then how?

La Boum Fatale: Hmm no, at least not that I can remember. But I do recall being moved by seeing Om Unit at a show we played together in Vienna. His sound at that time was really blowing my mind. It even inspired me to revisit that direction, which I’d already done in the past, this time merely in a new outfit. I wouldn’t call that process ‘ripping apart’ but rather inspiration.

Torture the Artist: Does the aforementioned description have a reference to your character and how you perceive yourself as a person, or is it restricted to music only?

La Boum Fatale: I would say I recognize that behavior a lot in my music but I think it also resonates with me as a person.

Torture the Artist: How does the musical approach differ when you work on tracks/projects by yourself vs working with a vocalist/ singer?

La Boum Fatale: Whatever I produce as La Boum Fatale needs to meet a certain vibe, but as soon as someone else gets involved it opens up the horizon and I turn to being more open and ready to embrace different approaches. I mean, there is so much to learn from working with other people. Creative and technical workflows being a primary example. The process can often differ significantly. Sometimes I start something on my own, which later turns into a collaboration because I sense the need for vocals or something else which I can’t do singlehandedly. Other times, it’s a collaboration from scratch, as in the case of the work with Einar Stray or Missincat. The end goal is to come up with something which you couldn’t have done yourself.

I may be trapped in my own musical world.

Torture the Artist: Speaking of your productions, would you say that you’ve gone way too deep with your music, meaning it has reached a certain level beyond the surface? And if so, how did this experience influence you?

La Boum Fatale: To be honest, I think I may be trapped in my own musical world. I would love to come up with a track which only consists of a few elements and a simple arrangement but, I always end up with 50+ tracks and the weirdest arrangements. I know that’s often only in my head and it’s so hard to untie that knot, but I haven´t given up just yet. 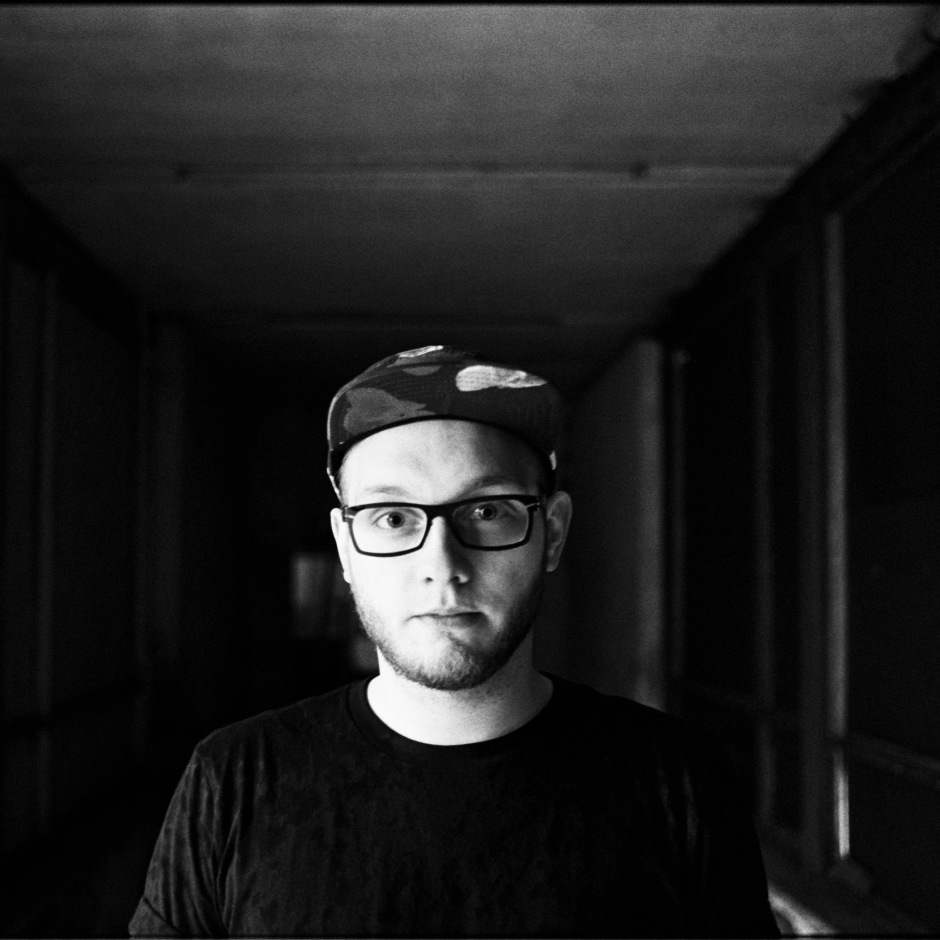 Torture the Artist: Do you have to, somehow let loose from your musical-self in order to take a break?

La Boum Fatale: In fact, it’s the other way around. I need my musical self in order to be able to take a break from the real life. But sometimes, both worlds collide and I’m having to make a decision about what’s most important. Releasing an album is hard work and not the most fun part, for me at least, but it’s a very important piece of the puzzle. And after the release comes the promotion. Especially when you’re working with other people, you don’t want to let them down just because you need a break or you can´t listen to that music anymore. <winks>

But speaking of letting my musical self loose, I’m collaborating with a music software company as a sound designer, working on all kinds of music and styles so producing for La Boum Fatale feels more like coming home.

Torture the Artist: How would your inner child dance to your music?

La Boum Fatale: Like nobody’s watching. Get on the vibe and get crazy – I even like to move my arms and legs.

I catch myself standing up and jumping around.

Torture the Artist: Referring to the last question, how do you actually move (to your music)?

La Boum Fatale: I only listen to my music in the studio or in a live situation. In the studio, it’s mostly my legs and my head moving up and down. But sometimes, I catch myself standing up and jumping around. That’s the moment I’m aiming for the whole time, and it’s a good sign that I’m on the right track until starting to question it again. In a live setting, I just feel the urge to move. It’s also a way of masking that I´m nervous ;).

Torture the Artist: Is everything music or is music everything?

La Boum Fatale: I would say everything is music and music is almost everything!

Torture the Artist: What are your top 3 questions to life?