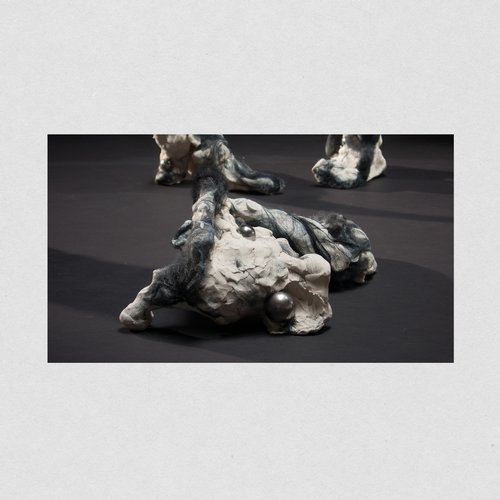 Tel-Aviv is home to many historical and cultural wonders, but we may just add ‘deeply rooted forward thinking shit’ while at it. A former music journalist and Tel Aviv nightclub resident DJ, Yotam Avni, has emerged out of the Israeli party capital’s underground scene into the global electronic music jurisdiction through the dynamic tunnels of industry luminaries, most audibly, Innervisions. Even our estranged brothers and sisters outside of the electronic music macrocosm are not entirely unacquainted with Avni either. The first ‘secret weapon’ on Innervisions’ eighth anthology of dancefloor materiel, which straightforwardly is the Hebrew word for fixing/rectification but with polysemous Judaic connotations, has even made a cameo in Yeezy’s, ‘Freestyle 4,’ something this Kanye West fan may bowl over for. Yes, Kanye is Yeezy, we all knew that. Just this year, Yotam has released on Hotflush (twice), Gorilla, Balans and Watergate, among others, an impressive follow up to the Secret Weapons 8’s first act and standout track, Tikkun. Joining the ranks of SW8 cohort, Rampa, Avni too, is welcomed back, this time for his own EP, on the prominent yet meticulous label’s wing.

The concept of ‘Midas Touch’ has been causing a buzz in the electronic music community since earlier this year – rumbles and growls of rapture and impatient commotion which the DJ/producer had attempted to quell with his sense of humor. The relentless requests to ‘track ID’ clips of Midas Touch has become a phenomena at some point, the term ‘not Midas Touch’ has been coined for all else that is not ‘Midas Touch’. Truth is, Avni’s gems are hypnotizing alright, and 2017 really did make good use of them. Not necessarily the most innovative track title – from Ellie Goulding to Kanye West, Tom Fleming to J. Cole, the ability to turn anything you touch into gold is quite the seductive faculty, we can suppose. But even without Dionysus’ bequest of the notorious superpower, the A-Side to Avni’s Mabruk EP, has delivered a mystical trance to dancefloors worldwide, through the diffusion of deft and affective curation of big-time DJs such as Dixon, Ame and Solomun.

The protoplasm of ‘Midas Touch’ starts to mold in at F Minor, a key one of the 20th Century’s most prominent classical pianist, Glenn Gould characterizes as ‘rather dour, halfway between complex and stable, between upright and lascivious, between gray and highly tintes […] there is a certain obliqueness.’ F Minor at the crux, all else fell to place. A suspenseful build up revs this 6:43 minute composition, not extraordinary but dank and forward moving. A dash of electronic surge lands it on an eddying soundwave into a groovy bass line. A well-calculated injection of organic-sounding and sharp snare drum roll comes in and then careens the track’s quintessential driving force: the Gnawa song ‘Chalaba’ by renowned Maalem Hamid El Kasri. Rich, deep rooted and historically well-preserved, Gnawa music – an integration of poetry, spirituality and sound – is a crucial component of Moroccan culture, traditions and rituals, and El Kasri, among the most respected maalems, not only for his enigmatic voice but also his ability to harmonize the distinction between music from the North and South, descants an entrancing call for Chalaba to join him on a pilgrimage to paradise. Through repetition, customary to this music style, El Kasri begins to grate deep into listeners’ psyches, and just as when submission is inevitable to occur, Avni takes full control and hits heavy with an aggressive percussive and synth interplay that first seems to contravene but actually manages to complete rather, the vocal sample. A hair-splitting celestial cantata starts at four minutes and dissipates in an uneasy curlicuing, and the track continues to eddy through the tug of war between pursuing paradise or remaining on the ground, which may just be the dancefloor.

The stir around ‘Midas Touch’ lasted longer than the norm for a single track, built up much anticipation and heightened expectations for the Mabruk EP. As it comprises only of two tracks, all pressure is unpacked in none other than side B, ‘Jorniel’. A name that according to Onomastics, is characterized as charismatic, intuitive and timid, Yotam Avni’s ‘Jorniel’, on the contrary has emerged as one of the most fiery dancefloor igniters of 2017. And also on the contrary, there is no singular ‘Jorniel,’ as the name refers to a few important characters in the artist’s life. Coming out of its shell shortly before the Amsterdam Dance Event, Jorniel has made its way into the electronic music hippodrome with a bang. Starting off more caffeinated than its counterpart, Jorniel packs a punch with dense bass, a grumpy bassline, rattled by persistent percussion in varying grades. Consistent with ‘Midas Touch’, Avni again draws on an Arabic vocal sample: ‘Wa nar cha3la, cha3laaa. Ouhibouk yal arabia.’ Pertaining to flames which are burning, and again, burning though disregarded by one of the most common and soothing Arabic phrases: Ouhibouk (I love you). A minute of dreamy guitar procession sneaks into the middle of Jorniel, reminiscent of Arabic love songs, and again after another cry of ‘flames,’ never too sappy however as Avni’s adroitness perfectly balances a dose of romanticism with the right amount of bass, percussion, and synth. Jorniel had big shoes to fill, and it did.

A constituent of his self-proclaimed genre, ‘deeply rooted forward thinking shit,’ Yotam Avni proved his versatility and acumen through Mabruk. By including Chabala in ‘Midas Touch’, a traditional song that hits too close to the heart of Moroccan culture, and an ambiguous meaning in the verse of ‘Jorniel’, Avni’s task was no cake walk. Positively received by electronic music enthusiasts and supported by esteemed DJs across the globe, Avni’s thoughtful and sophisticated workmanship in his two tracks worked, and quite remarkably so, which may make us start to wonder that maybe, he might just have the Midas Touch. (Marie)