Shortly after his much-anticipated Tim Engelhardt collaboration ‘Why Should’, which was released on Diynamic Music’s four-track compilation, ‘Four To The Floor 10’, Torture The Artist had the chance to speak to the Bedrock protégé and Innervisions’ favorite, Romanian DJ and producer, BOg. Being a Paris resident for over 12 years, Bogdan, still feeling uncomfortable being called by his real name, traded his Bucharest home in order to pursue a musical career and a dream that has always brought him back in the studio despite all odds. Moreover, the artist opens up about his favorite places in Paris, the impressions on his first DJ gig and his selection of tracks that currently made it onto his secret dancefloor weapons’ chart and delivers the latest art:cast for our side.

Sometimes people call me ‘Bogdan’ and it sounds very strange to me.

Torture the Artist: What’s the story behind BOg?

BOg: The story behind BOg is very simple: just a humble guy trying to do electronic music. BOg comes from my real name, Bogdan, for short.BOg is a shortened version of my real name, Bogdan. I was called ‘BOG‘ in my family ever since childhood and it just came naturally like this. My family has called me ‘BOG‘ since childhood, so it just felt natural to use it as my DJ name. Everyone who knows me calls me that. Sometimes people call me ‘Bogdan‘ and it sounds very strange to me because I’m not used to being called by my full name.

I am very lucky to have ‘met’ Tim Engelhardt, and I am saying that because even though it sounds funny, we never met in real life.

Torture the Artist: You have recently released a few long-awaited tracks on Bedrock’s compilation Frequencies‘ and before that, your collab with Tim Engelhardt was also released on Innervisions’s latest compilation ‘Secret Weapons Part 9‘ which certainly caused some waves. You’ve had some major collaboration releases as of late, two notable ones being your tracks on Bedrock’s ‘Frequencies’ and, of course, on ‘Innervisions‘ ‘Secret Weapons Part 9′. How do you measure success and what are you planning to accomplish next?

BOg: Well, Bedrock has always been my mother label and I have a lot of respect for what both Bedrock and John Digweed have done for the electronic music. They are among the first pioneers that shaped the music industry and I feel honored to be part of their story, of course. On the other hand, I am very lucky to have ‘met‘ Tim Engelhardt, and I am saying that because even though it sounds funny, we never met in real life. Tim did a remix for me some time ago and I really liked the way he works and realized we kind of have the same work flow and the same musical taste which connected us eventually. At the moment, we do have a lot of unreleased music that will come out officially at some point on different labels from the industry. We’re just waiting for the right moment, no pressure. <smiles>

Torture the Artist: You’re currently based in Paris and your musical approach is quite distinct if one compares it to other Romanian-born electronic music producers who have crafted the minimal and tech side of the electronic music. Do you consider this an advantage, and how did you find your musical direction when you first started out as a DJ/producer?

BOg: I have always been more on the melodic side of the story in this business. I like the so – called ‘Romanian sound‘ and you can’t argue with that. The guys like long rides and they are perfect for the after parties. It has now become a lifestyle, growing everyday, especially in Romania and I am happy to see that we created something that we can be proud of. I grew up listening to Depeche Mode, Trentemoller, The Prodigy and other bands that have shaped me throughout and I have become what I am today because of that, I guess. There is no wrong or right in the music scene – music is just a matter of taste and each and every individual perception is different. The only thing that really counts at the end of the day for this side of the story is if it makes you happy and if it makes you dance then forget the worst in your life even for a moment, then it’s a winner no matter what style, sound, DJ etc.

Torture the Artist: On your official channels you state that you and Digweed have a close ‘mentorship’ relationship and that you got signed to his label after you met at a Burn Residency competition in 2014. Which other artists do you find inspiration from and would like to collab with one day?

BOg: That is true. John Digweed is, and has always been, one of my mentors and I am truly happy that I have met him. Speaking about other artists I find inspiration from, well, there would be way too many to mention to be honest. I really like the guys from Kiasmos or Mano Le Tough, but I also like the newcomers like Toto Chiavetta, Trikk, Lehar or Musumeci. And regarding a dream collaboration I am sure it will be with my number one hero: John Talabot.

You can’t even imagine how many times I wanted to give up and ended up back in the studio again.

Torture the Artist: How would you describe your artistic journey?

BOg: In one word, a rollercoaster. It was never supposed to be easy, that’s part of the game. You can’t even imagine how many times I wanted to give up and ended up back in the studio again. In the past I’ve been fired at least 4 times from daily jobs because of DJ-ing, since you can’t do two things at once such as being on tour and going to a normal daily job. In the end, I always ended up in the studio again. Something deep inside wouldn’t let me give up on this journey I’ve been going through and I like it this way.

Torture the Artist: Where are you if you are not playing gigs or producing music?

BOg: In my favorite bar called ‘Le Karambole‘ close to my neighborhood, having a glass of wine for sure!

Torture the Artist: Since you are residing in Paris, a very cosmopolitan city, renowned for art, culture and utmost fashion and nightlife, what is your favorite place to relax, and why?

BOg: Well, I really like the ‘Montmartre‘ area because it’s very calm and is the oldest side of Paris. It has a very artistic and inspiring atmosphere. 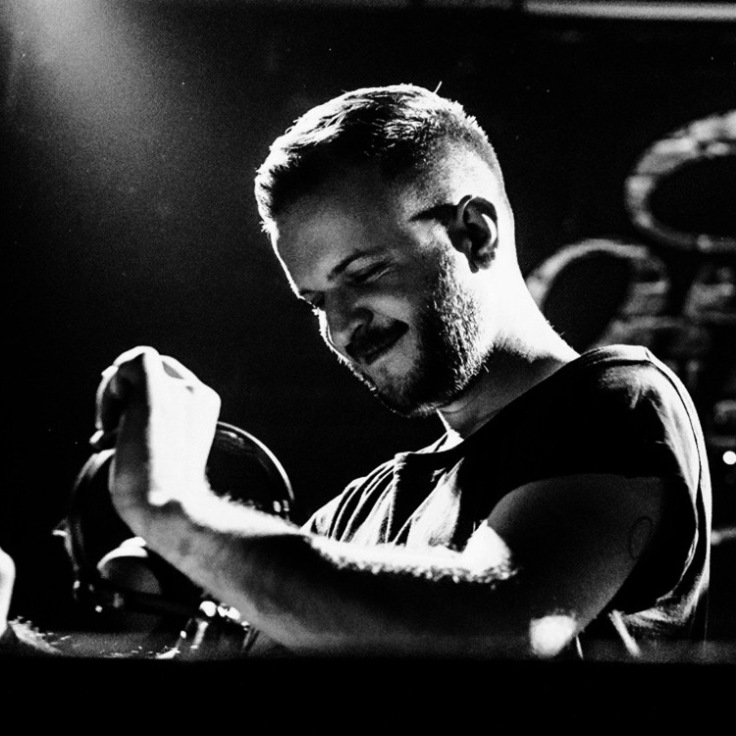 Torture the Artist: If your music was an alcoholic drink, what would it be and how should it affect the consumer?

BOg: Love this question haha <smiles>. It has to be ‘Absynth’ and the consumer would definitely be on a long ride through the universe.

Torture the Artist: Describe your first DJ gig and what did you learn from it?

BOg: On my very first DJ gig I learned how to beatmatch, actually <laughs>. It was a long time ago and I had this amazing luck to be put out in front of large crowd from the very beginning but nonetheless, I had no idea how to beatmatch back then. It was a long time ago and I had the unique opportunity to be put in front of a very large crowd right from the start, but I still didn’t know how to beatmatch. Luckily I had a friend that helped me out a lot and we were doing B2B sets so he helped me out most of the time <laughs>. I mean, I knew how to do it theoretically, but I had not practiced at all as I didn’t have CDJs or turntables at home. I’d always wanted to learn but everyone I knew that could teach me didn’t have enough time. all the people into it which I knew at that moment never had the time to show me how it’s properly done.

Torture the Artist: What are three secret dancefloor weapons for you right now?

BOg: I’m giving out a secret now. The first one would be one of my own productions which has been played by Dixon, Ame, John Digweed and Solomun and it’s called ‘BOg – Pocket Rocket‘. I’ve been asked many times for this track ID and I think it’s about time people find out about it. It will be out soon guys, sorry for making you wait! In second place it would be WhoMadeWho – I Don’t Know (Stereocalypse Remix) and in the third, Hannes Bieger – Strato.

BOg: Everything in my life evolves around music so I can’t really answer that to be honest. It’s all about music for me?

Torture the Artist: What can we expect from BOg in terms of major releases and appearances from now until the end of the year?

BOg: I am unpredictable. Something will happen for sure, but what? <winks>