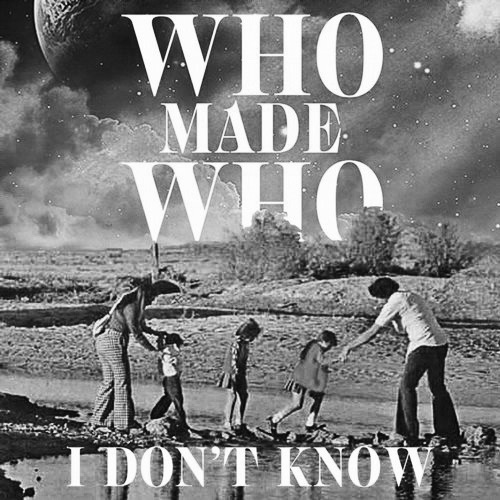 WhoMadeWho is known for the versatility of the three-pack’s tracks; from Tale of Us to Adriatique, Konstantin Sibold to Andhim, Maceo Plex to Kollektiv Trumstasse. The enigmatic cadence and mind-massaging lyrics of WhoMadeWho tracks have beget some memorable remixes over the years. Lacking in bass, disruptions, and the roughness required for entrance into and full control of dancefloors, WhoMadeWho tracks lend themselves to talented electronic music artists to bridge that simple schism. WhoMadeWho’s electronic pop ballads, mostly consisting of deep, hyperbolic lyrics can metamorphose into dancefloor favorites with an artful treatment and proper TLC.

Stereocalypse, half Andrea Doria and half Enrico de Vecchi, more widely known as Olderic, 100% Italian – had successfully dabbled into melodrama in the past. Their remix of Color the Rain provided the perfect reinvigoration and added character to Flower & Sea Creatures’ gem. Having made its way into some Dixon’s and Tale of Us Sets, this venture has put Stereocalypse within the electronic music community’s radar. The duo’s remix of WhoMadeWho’s ‘I Don’t Know’ proves that they did not just get lucky with ‘that one hit’. Andrea’s and Enrico’s adeptness and sentimental command of music, affords them yet more disk space in Dixon’s exclusive flash drive of fastidiously selected tracks, weapons he plays in festivals and sets worldwide.

As WhoMadeWho reveals in our previous interview, their approach to music and criteria for consigning their work is ‘like family’. Maybe it was pure blessing in disguise that Stereocalypse fell under the same roof as WhoMadeWho, but for certain, whatever intercourse proceeded, it made for one exquisite offspring. For this EP, WhoMadeWho selected four artists to show their own interpretation of the track; all of which opted to produce in major keys. Stereocalypse remix, at 125BPM, fares as the longest (almost double the duration of the original) and most mellow, especially in contrast to the more techno version by Fur Coat, and tech-house-leaning rework by Margot, but somehow manages to thrive in party settings.

Set off by a simple and consistent bassline, a tangible drum beat, we are lured into the 7:51 track with a steady grate of percussion followed by a gradual interpolation of electronic application. Complex strata of organic and synthetic sounds emerge fluidly and ascend into a harmonious climax, which with the brief omission of the dominant drum beat, preludes into the first vocal at exactly one minute. A beautiful interchange between instrumental and vocal and Stereocalypses’ dextrous play of diminishing and aggrandizing elements to draw on and draw out the emotions of the original track, are the vim and vigor of this remix. Through a firm and innovative control of tempo and complexity, the remix accentuates the turbulent emotional implications of the track’s lyrics, making it more poignant. WhoMadeWho’s provocative music videos are the icing on the cake to their music, adding the third dimension to their exceptional lyrics and sound. In their remix of ‘I Don’t Know’, Stereocalypse’s adds the right elements that bring listeners as close to an audio-visual experience as possible. Hence, there is no wonder that what WhoMadeWho bandmember Tomas Barfod identified as ‘a very mellow remix’, continues to infiltrate dance floors. Barfod, co-producer of the track had already said it best: ‘It somehow turns out to be quite euphoric when played in the club.’