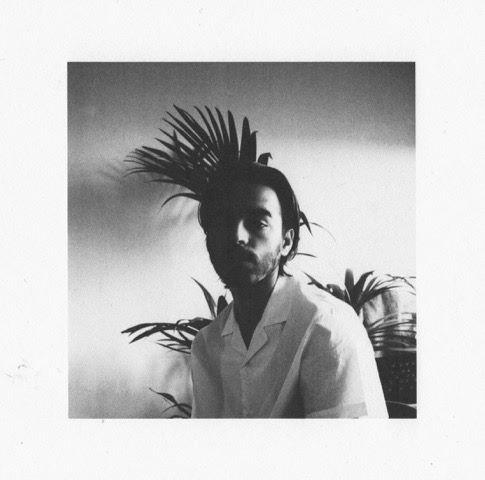 Temporarily located in Porto, Trikk not only found the time to eat ‘Francesinha’ but also to have a little chat with us about his 2016, fashion, how he had his tracks released on Dixon & Âme‘s imprint Innervisions and much more. Furthermore, the humble musician provides us with his current favorite tracks.

Well, when you are an artist struggling is a really common word in your brain and life to be honest, starting with financial problems to self-belief, so my biggest struggle is omnipresent every day.

Torture the Artist: Your first release dates back to 2012 and was released on Man Make Music while your latest work can be found on imprints such as Lossless or Innervisions. How would you describe your musical journey within the last years and what was your biggest struggle?

Trikk: I think my musical journey developed on a really organic way. I always liked a lot of different music, and everything that I love and absorved made my sound what it is today. My music is always a constant evolution, because I’m always trying to discover new things and get inspiration from art in general, that’s what defines me as an artist and a person.
About the struggling. Well, when you are an artist struggling is a really common word in your brain and life to be honest, starting with financial problems to self-belief, so my biggest struggle is omnipresent every day. On some days it is less relevant than on others, due to the inner fight you need to have when making music. But it doesn’t mean it’s a bad thing, it helps you to be more focused and pushes you to be and become a better musician.

Torture the Artist: ‘Florista EP‘ was your first release on Innervisions. How did the cooperation with Ame & Dixon‘s imprint come about?

Trikk: It was really a natural thing that happened. Ame & Dixon were playing my release on Lossless, so I decided to send some music over to them and they signed an EP straight away. They are really supportive when it comes to my music and believe in it, so it was definitely the right thing to do for me.

Torture the Artist: Kristian from Ame played an unrelased track of yours in his Playground Brussel set and kicked off speculations of another Innervisions release from you. What information can you give us about the state of affairs?

Trikk: I sent a lot of music to Kristian, most of it has never gotten a release and it is the same with this track. Nothing has been confirmed so far.

I don’t like to release too much music, so I will probably end up releasing on the usual imprints.

Torture the Artist: What other projects, releases, cooperations are already planned for 2017?

Trikk: It is too early to say anything. I’ve been away for a long time and did not produce any music, and now I am in a planning process what’s going to happen in 2017. I don’t like to release too much music, so I will probably end up releasing on the usual imprints. Right now I can tell you that I have an EP coming on Optimo Music, but it does not have a name yet.

Torture the Artist: After having released on Lossless and Innervisions is there any imprint you would love to release your music on?

Trikk: I’m really happy having had the chance to release on Lossless and Innervisions. I can’t ask for more really, but you‘ll never know if another interesting project pops up. If I release something on a label, it is probably because I have some kind of connection with them, for instance with Optimo Music. I love what they do and their attitude towards music, Lossless is like a family and I love Innervisions‘ legacy and the way they work and their support of new artists.

Torture the Artist: Your family comes from two different cultural backgrounds – Portuguese and Mozambican. How does this influence your music?

Trikk: It has a great influence on my music. Definitely a lot more from my father’s side, the Mozambican. I started getting interested in it ever since I‘ve started making music, discovering different rhythms and cultures. I make music on a really simple way, with loads of rich textures but not too many instruments, full of rhythm and in a very raw and tribal way. And all of that comes from Mozambique, this different cultural background allowed me to search for more and opened some doors for my creativity.

Torture the Artist: ‘Mozam‘ – one of the tracks of your latest Innervision EP means…
Trikk: Mozam(bique), dedicated to my father.

I’ve been into fashion since my early years. Clothing is just another way of showing your personality.

Torture the Artist: One of your tracks ‘General System‘ was used for the latest Acne Studios resort 2017 collection. What relationship do you have with fashion and what are your favorite clothing brands?

Trikk: I wasn’t really expecting that, but it was great, simply because ACNE is my favorite clothing brand. I’ve been into fashion since my early years. Clothing is just another way of showing your personality I guess, it helps people feel different and being part of something. To be honest I don’t really have too many favorites but Raf Simons, ACNE Studios and Dries Van Noten are on my top 3.

Torture the Artist: Artists such as Dixon and the The Martinez Brothers have worked for the label Givenchy and it creates the impression that underground electronic music goes hand in hand with the fashion industry. But isn‘t that glamorous world and haute couture an alternative draft to what the used music stands for?

Trikk: It’s a very interesting paradox, because both worlds are the opposite really. I guess they complete each other due to that. Music stands for everything, there’s no rules and restrictions saying that you shouldn’t mix this or that. They have always co-existed and influenced each other, as in subcultures such as Punk and Reggae for instance. They could’t survive without each other, it’s almost like a hybrid love story.

You probably catch me eating ‘Francesinha‘ in different places.

Torture the Artist: You moved from London to Porto and you are planning to find an accommodation in Berlin. What is the reason you want to move to the German capital?

Trikk: Simply because almost all of my music peers and friends are over there. It would be cool to be closer to the scene and receive some kind abstract inspiration when being there, like I did when I was in London.

Torture the Artist: What places can you be found at in Porto when you go for a drink, a dinner and clubbing?

Trikk: Passos Manuel, it is a small and intimate space in the heart of Porto for a drink or clubbing and for lunch or dinner you probably catch me eating ‘Francesinha‘ in different places. It is a traditional dish in Porto. All kinds of beef topped with cheese in a sandwich.