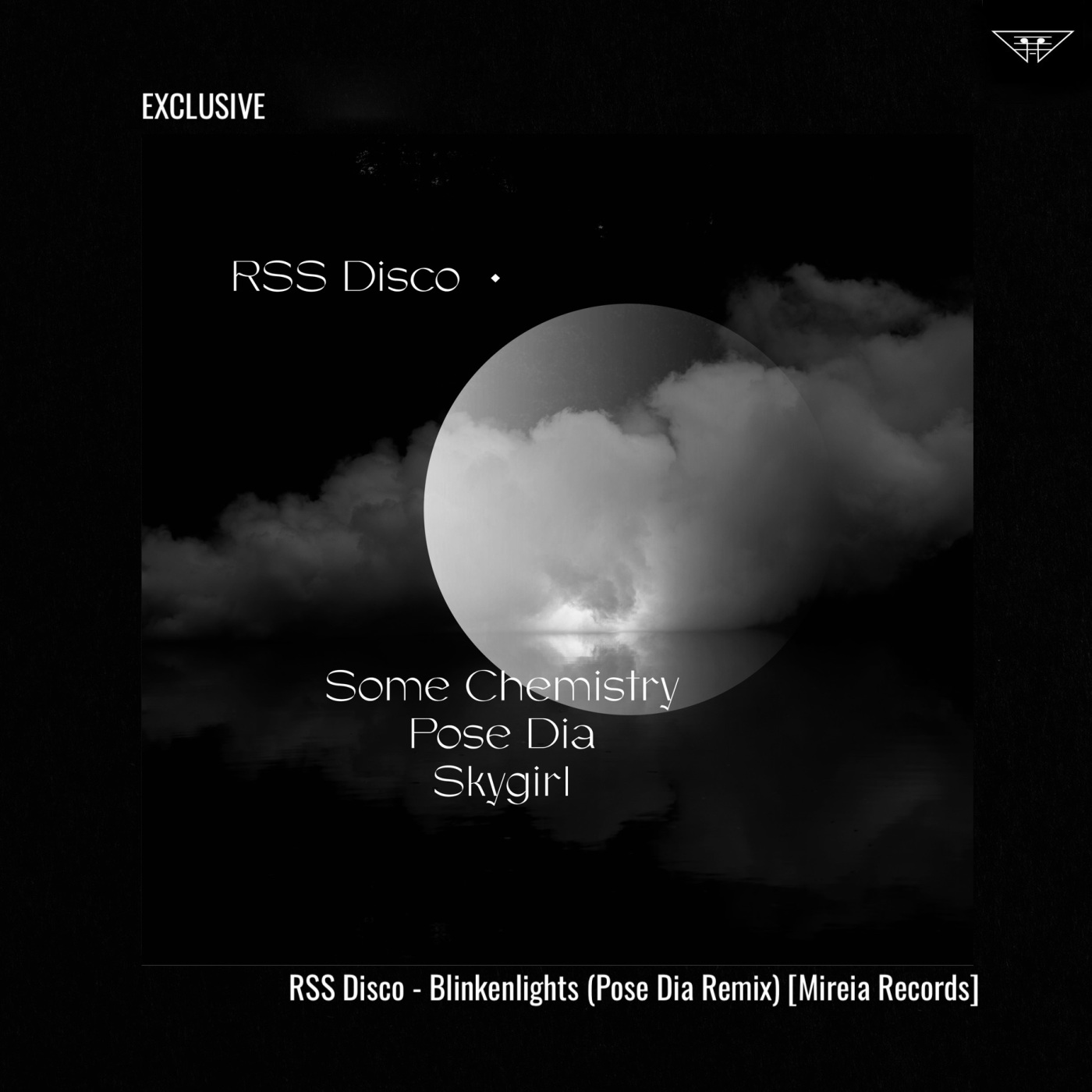 A couple of weeks ago Hamburg trio Falk, Natalie and Max, better known under their RSS Disco alias, released their cosmic conglomerate of electronic music, namely Mooncake on their label Mireia Records – a journey into sounds and spheres simply and skillfully put together to form the groups debut album. Now a second sweet wave of remixes or reinterpretations of selected album tracks is on its way and features the musical handwriting of three befriended artists: Skygirl, Some Chemistry and Pose Dia. The latter is a Hamburg mainstay and also known to be one half of renowned duo Shari Vari. However, Helena, Pose Dia’s real name, gives Blinkenlights a darker twist, which is still as melodic and groundbreaking as the original. The track’s compound meter creates a certain restlessness on the one hand that is evened with the synth line-approach at the level of higher frequencies. Pose Dia accomplishes that her interpretation has a continuous growing tension all through the track and manages without any (groove and vibe interrupting) breaks. Chapeau!