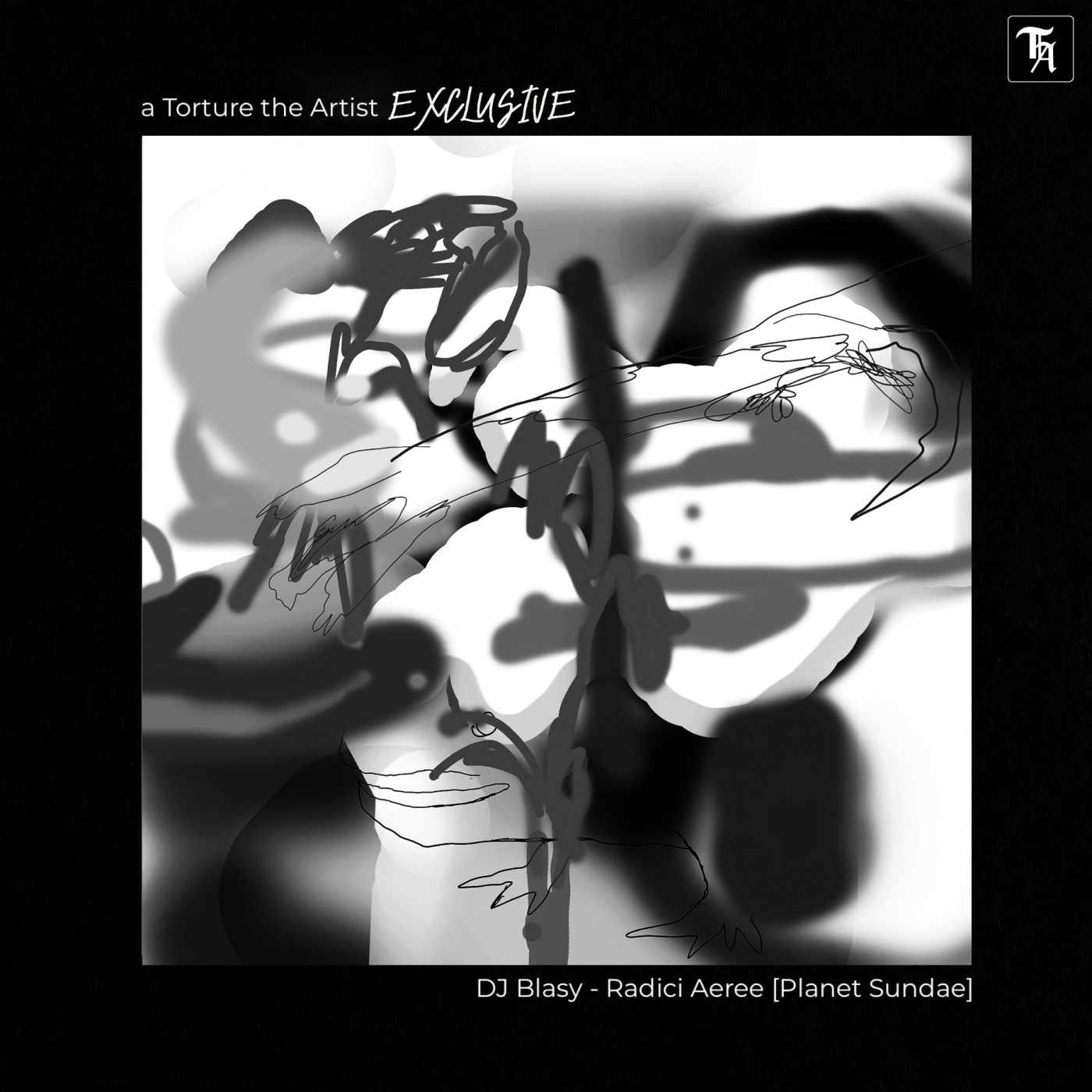 From the banks of the Arno river it’s Florentine artist Filippo Blasi Foglietti, better known under his artist moniker DJ Blasy, who kickstarts Planet Sundae‘s 2021 with a (fictional) musical description of the future as his new EP Quantasomais set in a world where the ice caps have melted and the sea level has risen. Blasi’s six tricker portrays this situation and the emerging new surrounding due to the change the world underwent. So with each track the listener can literally dive into this (brave) new world and the setting explore it’s fascinating flora and fauna in a musical way and imagine this natural partly dystopian outlook on the future. Radici Aeree, the B1 one of the EP, takes one to a place where the its unclear or indifferent what or who communicates with each other but the way how – bleeping chords seemto interact in an own language with each other adding a sci-fy-esque note to the yet seemingly organic track – possibly it’s nature or humans who have adapted to their new surrounding who interact. However, it could be anything and anyone. But it definitely has the DNA of music – that’s in the ‘aeree’.

DJ Blasy’s EP Quantasoma will be released on Planet Sundae on April 15th, 2021.