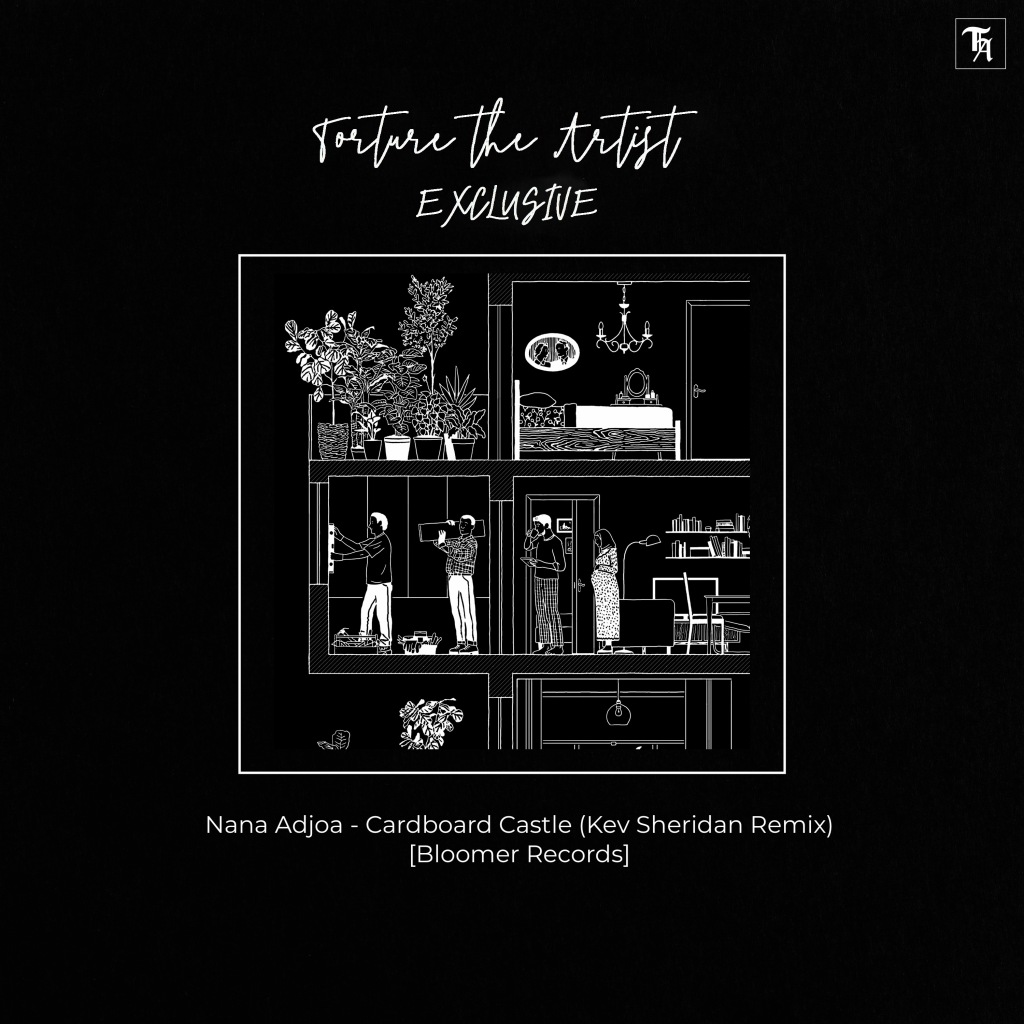 Having released various EPs as well as singles on Maeve Kev Sheridan now leaves his musical home to remix Dutch artist Nana Adjoa. The latter released her album Big Dreaming Ants last year and has several artists (from the electronic music scene) remixing her original works. Kev took on remix duties for Cardboard Castle and while the original already contained a rather spherical and dark twist, the Berliner emphasized those adding a drum’n’bass-note to it but still manages to include the original vocals and the guitar riffs in a manner that transports the original vibe and message yet opens a new soundspectrum for both listeners and original artist. It’s Sheridan’s musical delicacy of feeling and how his remix is composed that make his version of Cardboard Castle one of these tracks that you want to listen to over and over again, at home, in the car or at the club.