Over the course of two fruitful careers, Roman Flügel and Christian Löffler have consistently headed a cornucopia of enthusiastic followers through sensational pleasers. Purposeful and focused, their styles take different routes: Roman’s unpredictability circulates without constraint while Christian’s live snapshot captures a picturesque quality. Back in the 2000s, Christian was introduced to Roman’s reeling funhouse when he was in his former Alter Ego. Over time, Christian morphed into his own chrysalis and in 2014, the two cosmically met at the MUTEK festival. Now they’re both towering influences, quickly spotted in the crowd and on set-lists. Torture the Artist chats with Roman before he catches a flight and, Christian who’s inbound for the night. They share similarities and disparities, admirations of each other, along with some light discourse of the recently remixed track Roman queued in Löffler’s ‘home studio album’ remixes. Christian’s original track, namely Bergen, served as the prime base coat for Roman’s layered (re)design. Christian spacious resonance may be overly coined by “melancholic” term, however his blissful sights are rather assistive in soothing jitters, always much needed. Whereas, Roman’s inner shapeshifter persistently reinvents and manicures his dexterity, hence remaining freshly cut over recent decades. Naturally, they are seemingly different, however, their characteristics and (studio)us grit isn’t far off; purposely or not, both of their patterns guide the intricate structure of their sounds.

Hey there’s this kind looking person who’s as tall as I am… he’s probably like me, ending up with back pain. (Roman Flügel)

Torture the Artist: Hello Christian and Roman, thank you for joining us on TTA today! Where are you currently stationed for the day, and with whom were the last persons you visited?

Roman Flügel: I’m currently waiting to board a plane to Geneva. Since parties for example in Switzerland are allowed again, to a certain extent, I’m happy to see at least a little light at the end of the tunnel. I’ve been visiting friends in Berlin for the past couple of weeks since we don’t have to live in a total lockdown anymore.

Christian Löffler: I’m at home finishing a new record where I’m rethinking and reworking material of Beethoven. It’s very inspiring and refreshing and I’m looking forward to releasing the final result soon. I just came back from my first show after a long break in Milan. It was amazing to be on stage again and play some music.

Torture the Artist: To start, tell us a little about your personal relationship with each other. If you can remember, what were your first impressions — face to face or otherwise?

Roman Flügel: I think we both met the first time in Mexico City when we played for Mutek a couple of years ago. I remember thinking: Hey there’s this kind looking person who’s as tall as I am… he’s probably like me, ending up with back pain, sometimes after finishing a show due to the low height of the tables onstage.

Christian Löffler: Yes, we met at Mutek in Mexico but we also shared the stage at a club night in Cologne. I’ve been following Romans music for a very long time and was amazing to meet him in person back then. I was a huge Alter Ego fan!

Torture the Artist: Roman recently remixed Christian’s solemn but stunning Bergen. What did the original track possess that advocated for Roman’s bright twist? What were the differences in techniques and processes from the original Bergento the remix?

Roman Flügel: Christian suggested Bergen and I initially liked the idea. I wanted to keep the basic structure and atmosphere of the track but give it a bit of my own texture by adding some of my own synth lines and drum patterns.

Christian Löffler: I suggested Bergen because I think the song itself is pretty open for a reinterpretation. I was just very curious where Roman could take it.

Torture the Artist: Roman’s Bergen remix preserves the original’s preliminary elements with a touch of reverb. In a perfect world… at what part of a set would you play the remix versus the original?

Roman Flügel: That’s hard to predict. But in general, I see the original as part of a full album concept whether my mix is dedicated to be mixed at a party. It could work best as an opener or at the very end of a set I guess.

Torture the Artist: Expectedly, both of your soundscapes fuel senses through personal resonation. From your perspective, what is the feeling that spiked interest in each other’s distinctive sounds?

Roman Flügel: Christian’s work is characterised by his own sound that has been developed through quite some years now. I think that’s something great to achieve. His sound has a certain tenderness. It feels like he’s painting his music in watercolours.

Christian Löffler: It’s the variety that always impressed me in Roman’s music. I remember when we used to do our own parties as teenagers and we loved to blast out Alter Ego’s Rocker. Since then I was always following Roman’s work. I loved his releases for Dial Records and his album Themes. I’m just a fan, to be honest. <smiles>

Torture the Artist: Letting creative urges lead the way, is there a specific emotional state(s) or situation(s) that inclines you to produce?

Roman Flügel: There’s no specific situation. It’s life in general with all its ups and downs processed through the subconscious and digested into music.

Christian Löffler: I agree. I think it’s all the things you’re going through. Like Roman said, all the ups and downs and also the progress you’re making as a person.

Torture the Artist: On a lighter note, what have been some of your top staple tracks over quarantine?

Roman Flügel: There have been too many to mention. I recommend diving into my Spotify playlist

‘interesting stuff’ to get an idea of what music got me through the quarantine.

Christian Löffler: Since I’m working on this new project at the moment, I was listening to a lot of classical music like Brahms, Bach, or Chopin. But I also have a ‘Favorites‘ playlist on Spotify that I’m updating constantly.

Torture the Artist: Since Christian performs live sets and Roman now delivers DJ sets, the preparation and organization are quite different for a show. Has there ever been a time that either of you wandered to the other side, why and why not?

Roman Flügel: Until around 2007, I was playing a lot of live shows with my project Alter Ego for many years. At a certain point, I got tired of it and had to move on. If I’d prepare a live show again I might ask some people to join me and create something entirely new for me.

Christian Löffler: I never really DJ’ed. I used to do it at home playing vinyl just for friends but never in a club. I’m not sure if it will ever happen because I’m just having too much fun playing my own music, improvising, and collaborating with other musicians.

Christian seems to be able to develop his signature sound, something that’s been hard for me since my focus is constantly oscillating between different worlds.  (Roman Flügel)

Torture the Artist: (Staying focused on one craft at a time may be for the best:) What qualities do you see in one another’s specialization that you can’t always execute yourself?

Roman Flügel: Christian seems to be able to develop his signature sound, something that’s been hard for me since my focus is constantly oscillating between different worlds.

Christian Löffler: Roman is constantly delivering outstandingly inspiring and timeless music for almost 30 years now and he is still setting the tone. This is very impressive.

Torture the Artist: Roman, your structures take a thrilling turn by an untraditional route. How do you balance your development without losing (all) predicability? Christian: most of your tracks roll to a dark undertone that flows a calm continuity. How do you create variability in your sound, especially for live sets?

Roman Flügel: Unpredictability is something great to achieve and keep. There’s something beautiful about a certain extend of freedom that is based on your very own decisions. Overcoming fear gives room to grow artistically. But it sometimes takes a little longer to convince people and to make them take your twists and turns.

Christian Löffler: A huge part of my live show is based on improvising and jamming. I try to let myself go at some points playing with the machines. Also, I’m trying to find a good balance between cinematic parts and more uptempo sections. 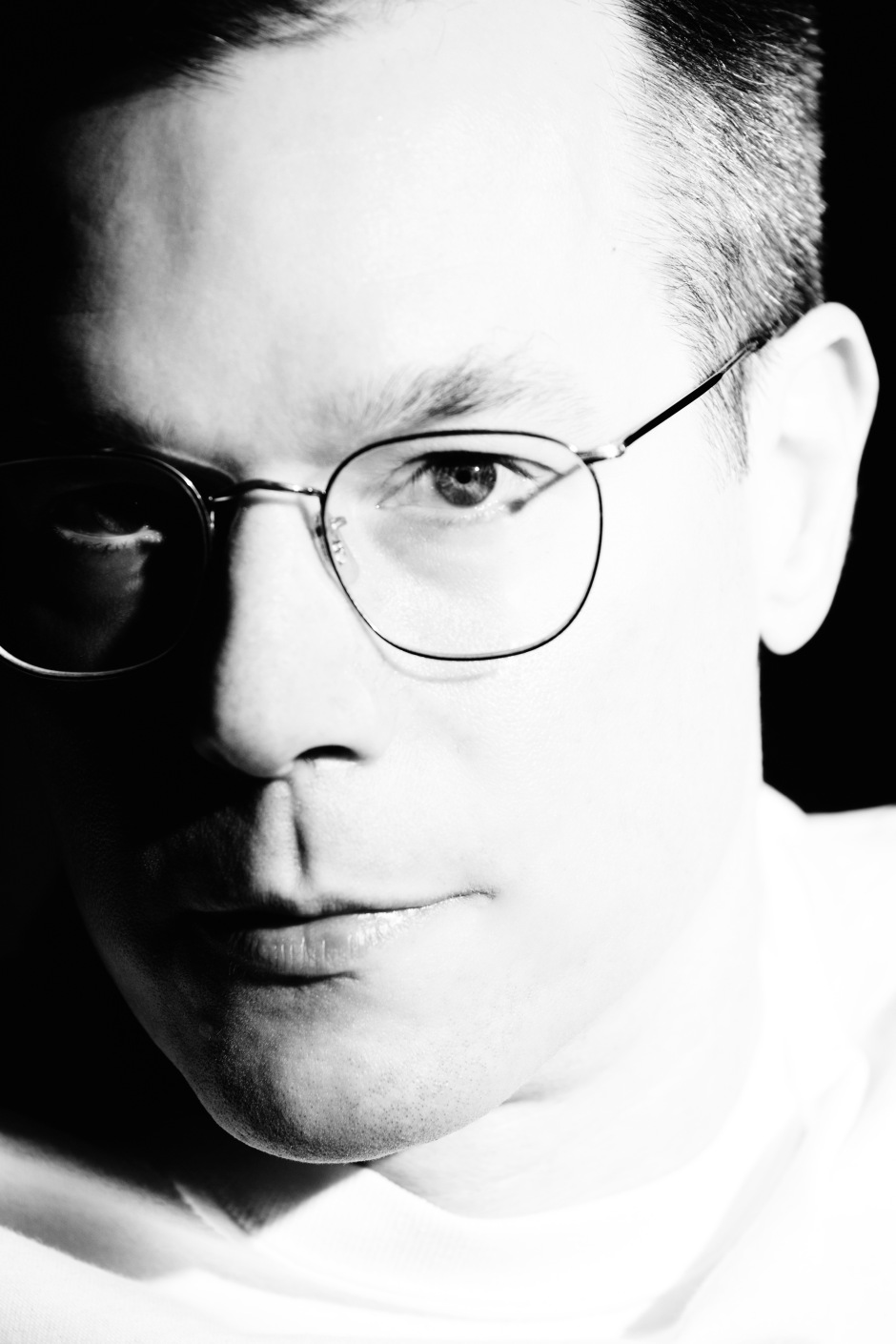 Torture the Artist: Although collaborations come and go, for the most part, you two are mainly solo producers. Aside from other people, what de(vices) do you use to help keep pushing the envelope?

Roman Flügel: It’s still the fun of trial and error for me. Allowing ‘mistakes’ and remaining playful keeps me going.

Christian Löffler: There’s much great music out there and I love discovering artists or genres I haven’t really been listening to. And I’m really enjoying the music, I want to create something similar myself. That’s what brought me into electronic music as a teenager.

I really enjoyed locking myself in the studio in past weeks. (Christian Löffler)

Torture the Artist: Whether it be a book, place, or company, who or what has been a source of comfort over the summer thus far?

Roman Flügel: Since I was staying at home for so long, I developed a stronger relationship with my cat and she’s finally managed to make sure she’s in total control.

Christian Löffler: To be honest I really enjoyed locking myself in the studio in past weeks. Last year at that time it wasn’t possible at all. And now there was all the time to dive into somethings and pushed back for a while.

Torture the Artist: It seems as if you are both home-bodies, what solace do you find in growing up in the same place throughout different phases in your life? Do you think your career in music has encouraged this?

Roman Flügel: There’s a saying, “everywhere you go, you always take the weather with you”. I never wanted to move somewhere else just because I wanted to run from myself. So I had stayed in Frankfurt for many years for many good reasons. One of them being very closely connected with the labels Playhouse, Klang Elektronik, and Ongaku back in the day. Two years ago though, moving to Berlin felt like the right change at the right time.

Christian Löffler: In the past months I realized that I haven’t really been home for a long time before Covid-19. There was also another tour or show and I just came back for a few days before another gig. But after a long tour, I was always happy to go back and recharge. I really need nature around me to relax and really let everything go.

I love to do something that is non-creative at all. (Christian Löffler)

Torture the Artist: Is there a favorite local spot in your hometown that has earned a mandatory visit whenever you return?

Christian Löffler: My regular running route through the coastal forest. I love to see it changing with the seasons but also after heavy storms for example.

Torture the Artist: With a lot of studio time and limited gigs in the current pandemic, what is the most useful way to break — if at all — from producing to give you a fresh perspective?

Roman Flügel: I rather see the current time as an opportunity to dive deeper into my studio. I’m still learning every day.

Christian Löffler: I love to do something that is non-creative at all. I usually go running every second day but I also go surfing or biking.