Over the past couple of years, namely ever since the release of his ‘Lovers EP’ on Permanent Vacation, The Drifter has not only left his footprints in the scene but has also helped putting Ireland on the electronic music map, which had been mainly represented by his longtime friend Niall Mannion alias Mano Le Tough. Fortunately Mark Flynn, how close friends call The Drifter, decided to expose his extraordinary yet and until the present day very few own productions to the public and above co-founded the label Maeve, which gives home to like-minded artists. It’s the calmness combined with carefulness and thoughtfulness in his music and appearance that attracts listeners and followers likewise. Mark – at least in public – is deliberate when it comes to words and rather has his own or music he appreciates fetch the attention it deserves. Torture the Artist was happy enough to catch up with Mark shortly before the release of his ‘The Drifter Edition’ of Kieran Apter‘s track ‘The Mirror’ on Chapter 24 and speak about his music digging habits, his radio show and the difficulties to finish an EP while listening to his latest piece of art/music.

The Drifter: Hello there. I moved back home to Ireland recently and I must say I’m enjoying getting up early and joining my brothers for some training. They are early starts but you feel super after the exercise. A great way to start the day. Then I head home, listen to some new music and stuff that I’ve been working on.

I quite enjoy doing remixes. It’s like working out a puzzle, getting something you’re happy with out of the original parts.

Torture the Artist: It’s been years since your last EP, ‘Again’ was released on Maeve in 2014, even though you provided your audience with single tracks and remixes in the meantime. When is a full The Drifter EP seeing the light of day again and what do find most challenging when compiling an EP?

The Drifter: I’ve been working away on tracks and I think an EP is pretty close. I do find it harder to finish original music. To trust that it’s good enough and is worth releasing. Also it takes time to learn and develop and have something you are truly happy with. And I quite enjoy doing remixes. It’s like working out a puzzle, getting something you’re happy with out of the original parts.

Torture the Artist: You host your own radio show, Cast Adrift, on Dublin Digital Radio where you showcase the latest of electronic music once a month. Playing 2h per months on the radio and finding the right music can be quite challenging and time-consuming. Do you follow a certain routine to dig for new music? What were the last 5 tracks you listened to on your soundcloud/spotify or any other platform you use to check for music regularly?

The Drifter: I’m really enjoying doing the radio show. Yes, it is time consuming, especially if I have another mix to do that month but I love finding new music. I’m addicted to it. And the radio show is a great outlet to be able to showcase that music and share it. I tend to find new music on download sites like Bandcamp, Beatport,Juno, WPP, Traxsource. I find the more the better. On Spotify I tend to listen to older stuff, favourites and albums. I don’t really do much digging for new music there. Maybe I should!

I find that just being there and putting in the time is the best way to get those moments when something special happens.

Torture the Artist: You are a DJ, producer, label-owner among many other things, how do manage juggling all that? What part of being an electronic music artist takes most of your time, and are you happy with that ratio?

The Drifter: Making music takes the most amount of time for sure. You need to put in the hours to get the results. And sometimes they’re fruitful, sometimes not so much. I find that just being there and putting in the time is the best way to get those moments when something special happens. Over the years I’ve gotten better with my time finding new music and selecting it. Also travel time to gigs can be vital time for music organization.

Torture the Artist: As a DJ, label owner or producer you are permanently surrounded by music, but how do you give yourself a break from all the musical input in order to be perceptive for new tracks?

The Drifter: You often don’t want to listen to music for a while after a weekend of DJ gigs. Sunday or Monday can be a nice music break. But what usually happens is I’ll listen to something new and it inspires and gets me back in music mode.

With my own music I find it’s good to give yourself some time with a track, to leave it, disconnect from it and then come back to it with fresh ears. I can then make decisions quickly, editing arrangements and deleting sounds. I tend to then not have the emotional hangups of leaving elements in or out.

Producing and DJing are such different worlds. They are opposites in a lot of ways. One social, one not at all.

Torture the Artist: Your productions have been solid for as long as we remember but what really makes you stand out in this very volatile electronic music scene is your impeccable DJ sets. Did you DJ or produce music first? You and the dancefloor have such good chemistry, do you enjoy DJing more than producing, the other way around, or just about same?

The Drifter: Thank you, that’s nice to hear <smiles>

I started DJing first and then producing came after. Producing and DJing are such different worlds. They are opposites in a lot of ways. One social, one not at all. I love both and I love the contrasts. Both are ever changing and you are always learning. I must say I’m really enjoying DJing at the moment. But producing, when you find something right, it is a great feeling.

Torture the Artist: Your Boiler-Room-sets were very well-received by the audience. What was one of your most memorable gigs and why it is extra special. Which track did you close with?

The Drifter: Recently I really enjoyed our Maeve ADE show. We did our biggest ADE party yet and we were very happy with how it turned out. 2 rooms and guests including Tijana T, Nathan Micay aka Bwana, Jennifer Cardini, Map.ache and Mattheis b2b Oberman. We closed our B2B at the end with the Daso track ‘Daybreak‘. A classic for me.

Torture the Artist: How would you describe your music to your grandparents?

The Drifter: ‘Granny, it’s like the showbands but there’s a better soundsystem and some interesting looking keyboards.’

Torture the Artist: Who are among your greatest artistic influences? Name some artists that lured you into music? Is there any other style besides electronic music that inspire your creativity?

The Drifter: I grew up listening to a lot of Rock’n’Roll and Folk music. Your typical big names first. They definitely influenced me and still do. And they inspired me to go deeper into the roots of all of that. Also of course being a child of the 80s and 90s, all the Pop andDance chart music of the time too. So now you should be able to work out all of the names!

Torture the Artist: You just remixed Kieran Apter’s track The Mirror, which is out on Chapter 24. Speaking of the remix, what made you decide to give it the remix-treatment and generally speaking what does a track have to have so you remix it?

I’d like to remix something more Indie or Pop, something with good vocals.

The Drifter: I knew Kieran and he’s a great guy. He asked me and sent me the original. The track had some interesting parts and I knew I could do something with them.

Torture the Artist: Seeing you got a preference for remixing tracks, what’s a track you are dying to remix at the moment?

The Drifter: I’d like to remix something more Indie or Pop, something with good vocals.

Torture the Artist: Name a track of yours which you produced at your most vulnerable moment and one which you made when you were most inspired.

The Drifter: Well I’m not sure there were vulnerable times but I remember the remix I did of ZK Bucket. I couldn’t get it to gel properly. The last sound I found was the arp bass sound that holds the track together and is probably the stand out part of the track. Sometimes it happens that way. 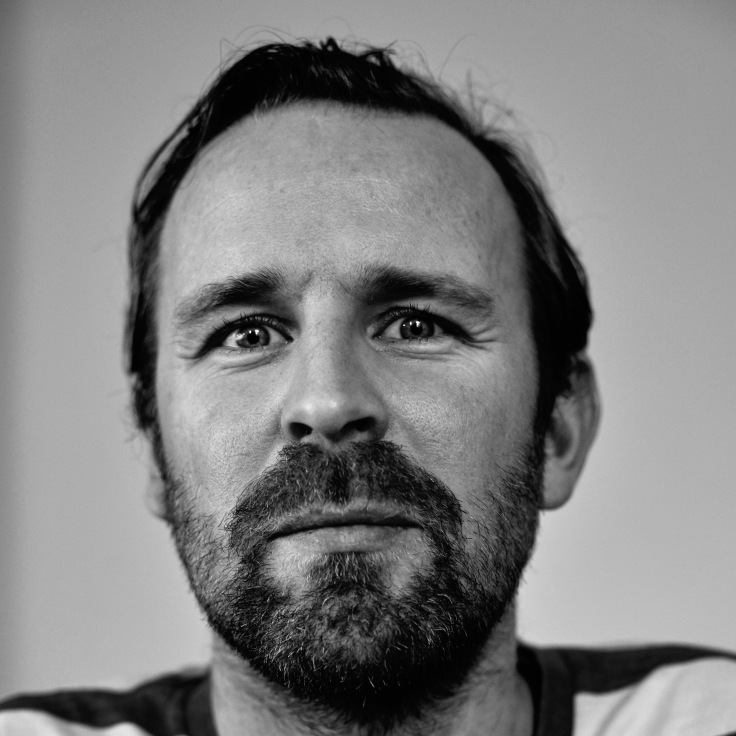 Torture the Artist: In 2012 you added Label Owner to your repertoire with the launch of Maeve, how did the idea of founding a label with Mano Le Tough and Baikal come about. What pushed you to go this route?

The Drifter: Mano and me had been friends for years. We had always admired Baikal’s earlier music under the name Mark August. So when we all became friends in Berlin the label was a natural progression. Baikal had some great new music he was working on that just had to be released. So that was the catalyst to start Maeve.

Torture the Artist: Has your vision of running the label changed over the past years?

Torture the Artist: How much of an idealist do you have to be to run a label these days?

The Drifter: It depends on your mindset and what you want from it. You can do it many different ways.

The main thing is to do new things and keep releasing music you believe in.

Torture the Artist: Where do you ultimately want to take the label and what have you planned for the future of it and what’s an artist whose music you would love to release on Maeve?

The Drifter: There’s no ultimate goal. We have some interesting new projects coming. Reissues and some more firsts for us. I don’t want to go into more detail just yet. The main thing is to do new things and keep releasing music you believe in.

Torture the Artist: What was the last track that touched you?

The Drifter: The new Map.ache album has some lovely stuff on it. Check it out.

Torture the Artist: Which track or sound from your childhood would you consider sampling in one of your future productions, and why?