Based in southern Germany PHCK, consisting of Paul Hoffer, Chris Kusterer and Stefan Kling, have made quite a name for themselves with releases on Connaisseur Recordings and All Day I Dream over the past two years. Thereby the trio’s preference for melodically influenced soundscapes with a dreamy-attitude has emerged and manifested itself even more and is most likely connected to Paul’s and Stefan’s general musical requirements as both either teach or work in a creative and musically influenced surrounding daily. For Torture the Artist’s art:cast the trio has chosen a consistent approach for themselves, namely that of creating an improvised live-take of their music in the studio, which emphasizes PHCK’s musicality. In a 52 minute lasting session the formation leads the listeners through dreamy soundscapes enriched with Stefan’s vocals and depict their passion and joy for music as well as their love for details.

Torture the Artist: Hello guys, tell us something about your day.

PHCK: Hello Mr. Torture the Artist; we had a beautiful and productive day, thank you. Autumn is knocking on the door and we love this season.

PHCKSK would not be the best name for a group to be honest!

Torture the Artist: PHCK started as a project of Paul and Chris, whilst Stefan joined you guys later on. Knowing that PHCK stands for Paul Hoffer and Chris Kusterer, how do the guys make up for you, Stefan, not being included in the project’s name?

PHCK: We don’t see PHCK as a combination of our names – it’s more like a project. You’re right that the project name comes from the initials of Chris and Paul’s full names, but I feel comfortable with that, and PHCKSK would not be the best name for a group to be honest!

Torture the Artist: How did this troika come about?

PHCK: We, Chris and Paul, started making music in 2013 with not much direction at all. Soon after, we found our direction and style of music. In 2016, we found a talented singer and musician – Stefan Kling. Paul has known Stefan for quite some time because they’ve already been in an electronic music group together. It was the perfect additional touch to our duo. We love Stefan!

Torture the Artist: How do you actually pronounce the name PHCK?

Torture the Artist: With releases on Connaisseur and All Day I Dream you’ve gained quite some recognition and built up a reputation within the scene over the past year. How do you manage to balance this appreciation?

PHCK: What’s important is that despite all the changes and the new size of the group, we still remain true to ourselves. We consider ourselves down-to-earth and we think this is part of the recipe for success. We also love the forest as a place of retreat for us.

Torture the Artist: What’s a characteristic that you mutually appreciate and is helpful when working together?

PHCK: The point is that we are different – like most people are – and therein lies the charm. Even though we are all very different, we share the mutual ability to approach difficult situations in a relaxed manner.

I’m pretty much the mediator, which overall produces a great synergy in us all collectively.

Torture the Artist: Stefan, what habit can you reveal about your partners and the other way around?

PHCK: Lovely question, because I’m often the middle part and the connection of our trio. If we produce a track, for example, we have these two extremes. Chris wouldn’t mind sending it directly to a label straight away, and Paul, meanwhile, is the one who would be checking the track over and over again. As a third person I offer a neutral, balancing perspective. I’m pretty much the mediator, which overall produces a great synergy in us all collectively. 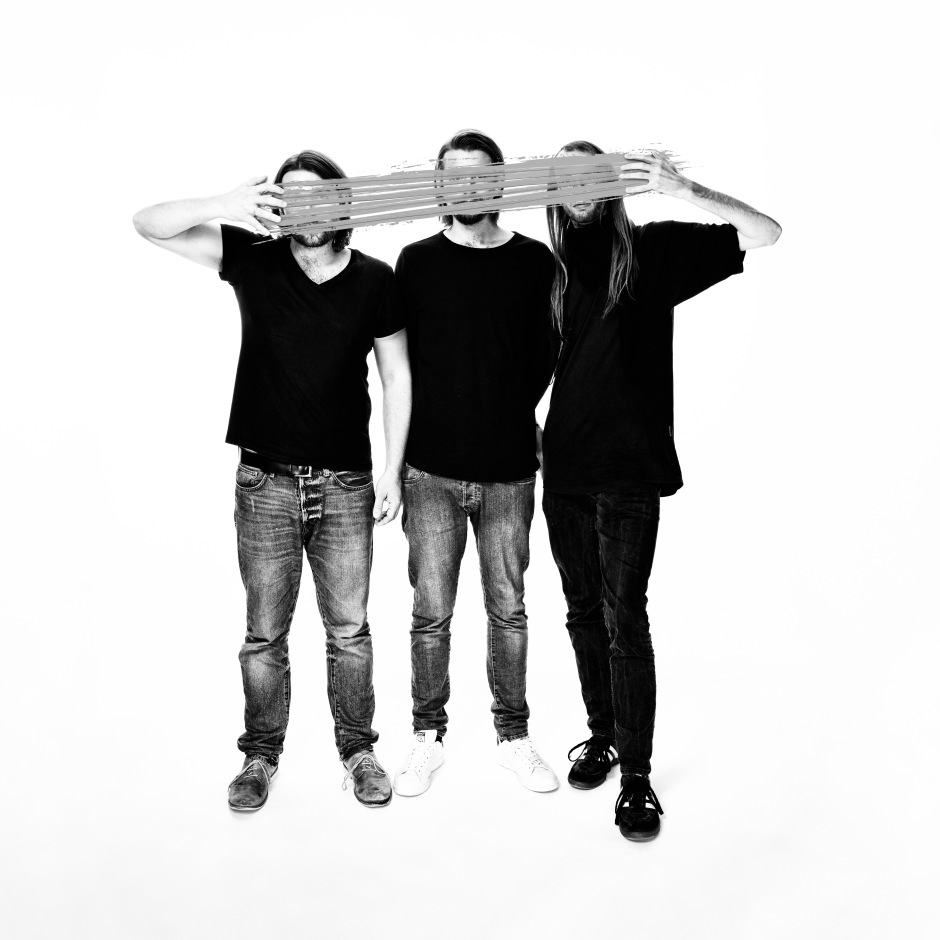 Torture the Artist: PHCK obviously needs a lot of dedication. How do you combine the project with your day-jobs and, since the group is flourishing, would you consider working on PHCK full time?

PHCK: As Germans, structure and routine are incredibly important for us. We meet every Monday and try to meet whenever we can in our free time. We founded PHCK as a hobby-project, and at that point we were not able to imagine where we were headed. The project developed so well that we could imagine doing it full-time at some point for sure.

Torture the Artist: We’re aware that you are currently working on new material; to what extent is each new track a manifestation of your musical personalities?

PHCK: That’s true. We spent a lot of time in the studio producing our biggest project ever recently. We remained true to our style, but of course it developed in so many beautiful ways throughout the creative process; you’ll hear that when listening to the upcoming songs. We’d say that they are both diverse yet equal at the same time. Due to his experience as both a composer and producer, Stefan brought new inspiration to the project from external enterprises which pushed the boundaries of the final product more than before.

It’s just an incredible feeling when you’ve created a new sound and hear it together in harmony with the other stems.

Torture the Artist: What’s a sound, technique or device that plays a recurring role in your productions, yet still varies between each piece?

PHCK: The sounds we build are mostly handmade. It’s our passion to create unique sounds. It doesn’t matter if these sounds are pads, leads or drums. It’s just an incredible feeling when you’ve created a new sound and hear it together in harmony with the other stems.

Torture the Artist: What’s the kind of track you’ve always wanted to produce but does not fit with your current style?

PHCK: We’re definitely doing what we love and going towards what our heart beats in appreciation of most. Electronic music has a wide range with lot of genres. There’s always something you’d like to do, but we’re focusing on keeping our music organic and saving these other ideas for future project.

Torture the Artist: What approach did you choose for your art:cast and what was the intention behind it?

PHCK: The intention was to create a special and unique podcast for Torture the Artist. It’s a completely improvised set. You don’t have a straight plan whilst improvising. It’s not easy to keep an eye on a supposed plan while you’re being confronted with a steadily-changing situation. 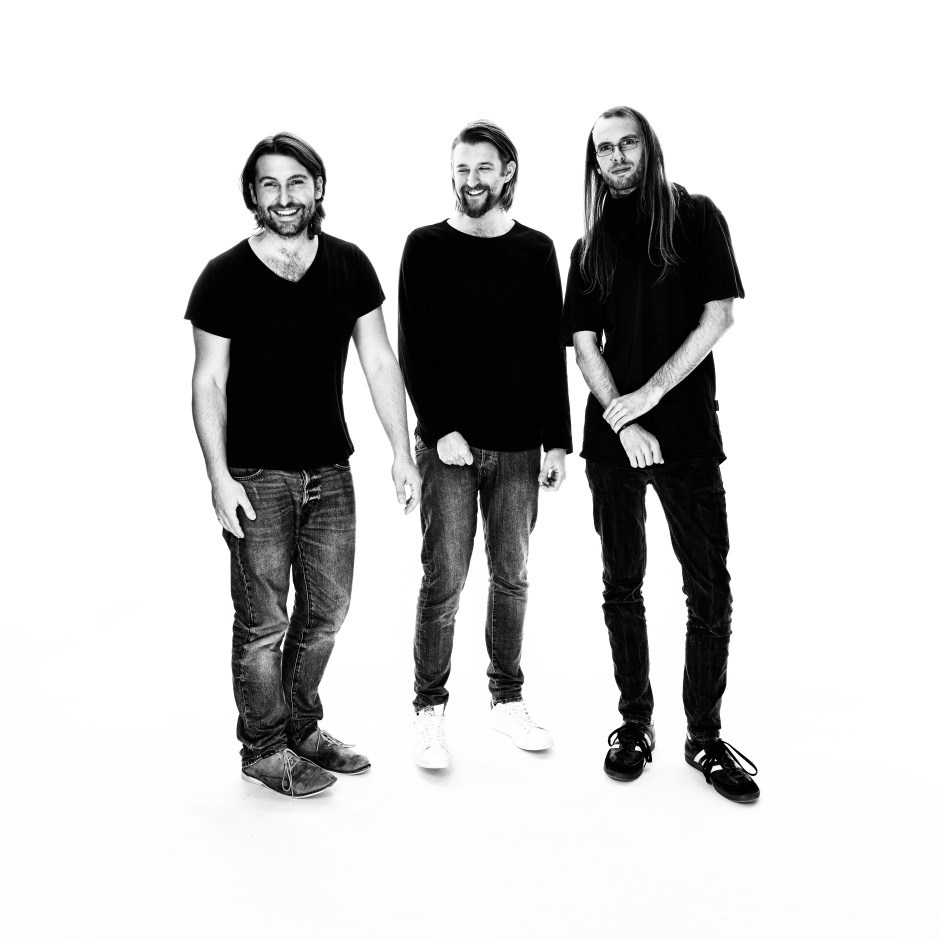 Torture the Artist: Where and when should one best listen to your art:cast?

PHCK: Autumn is approaching which is a very special season. You can listen to it while you’re sitting in your home on a rainy day watching the leaves fall, on a plane flying to your favourite destination, or just cruising on the freeway.

Torture the Artist: What things in life should have reset buttons permanently installed?

PHCK: Every moment is unique which makes it so special. We could imagine how tempting it would be to push that reset button again and again on some moments – but it would lose its uniqueness.

We need to then value every instant as though it were the only one.