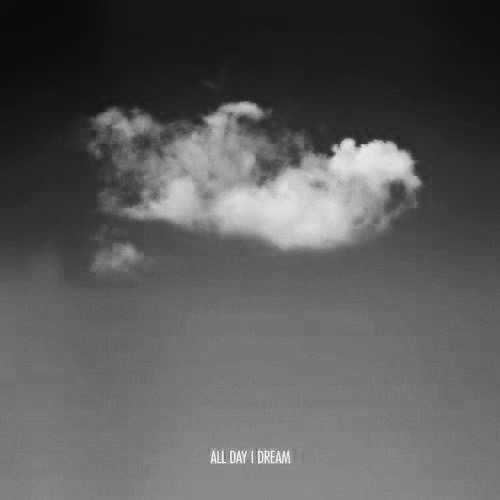 Following up on their applauded first appearance on All Day I Dream’s Summer Sampler 2017 with the track, ‘Death of a Butterfly,’ PHCK, one Black Forest native more, returned with a three-track EP this autumn. Just in time for the season of cold weather blues, Paul Hoffer and Chris Kusterer grow their duo into a crowd, with the company of musician and vocalist, Stefan Kling, and together generate an equally introspective, seemingly less melancholic on the exterior at least, EP than their previous contribution to the DJ Lee Burridge’s ‘dreamy’ Deep House enterprise.

Starting of ‘Elephants’ is the title track, ‘Elephants’ which multitasks as a Burridge favorite and Kling debut. ‘Elephants inside my head’ are the enigmatic vocals that let Kling ease into PHCK listeners’ minds without having to add his initials into the group name – if you have not noticed, PHCK are Hoffer and Kusterer’s initials combined; it has also been witnessed to set ADID’s ‘great grandfather’ Lee Burridge in a contagious groove during his iconic dayparty sets. And that’s what it is, day parties. While most electronic artists focus on what ignites dancefloors well into the night, deep-thudding bass, itchy percussion, PHCK draws on Hoffer’s classical music background, and follows Kusterer’s lead as a seasoned DJ, into creating a different take on dance music. ‘Elephants’ is for drifting away, for detaching from the ‘present’ to live in the present, and filling the mind with other thoughts, perhaps something so magnanimous it takes all space – such as elephants. Although, ironically ‘elephants in the room,’ as the common idiom says, always go unnoticed. And that’s okay, PHCK’s musical artistry is plenty to work with, and a delightful option for some aural immersion.

The eight and a third minute track starts off rather fragmented, forming ‘space’ within sounds from the get go. Congruent to the story of Paul, Chris and Steffan as individual artists into a trio, the track emerges not singularly, but elemental, but through an artful utilization of the concept of space, PHCK carefully builds what comes forth initially as an interaction, into a well-developed euphoric concurrence. As most relationships, pronouncedly in musical ensembles, the key to producing a composition that moves, is integrating elements and finding a balance that allow them to coexist. The underchassis of ‘Elephants’ is a gentle and consistent bass, and an enveloping violin orchestration that shows no fear of feeling. Elephants are majestic, symbolic of stamina, intelligence, but also altruistic and full of emotions. ‘Elephants’ is soothing, chimerical and mellifluous, but as its namesake, equally evocative and introspective.

Rattling percussion, a kiss of ethereal lamentation, and a timid yet jumpy bassline rev PHCK’s second track. An organic gentle-bass driven groove propels this rhapsody but also maintains its groundedness through the track’s trascendental proclivities – ‘as (it) turns, this way (it) moves in the logic of all (our) dreams.’ Just as the more widely known Sting track, PHCK’s interpretation of ‘Desert Rose’ is peppered with Middle Eastern elements, lacking of Arabic vocals, but equally mystical. Deeper into the track, bass takes a step back and allows the indistinct chant to lead, pushed by an airy violin procession that stir emotions not out but forward. ‘Desert Rose’ is charismatic, and ambitious enough to visit dreamers, but be wary, as the further its ‘shadows play in the shape of human desire’ such as in escape, the deeper the ‘sweet intoxication of the fall.’ Count on that bassline.

Wrapping up this 28:53 daydream is what seems a stark deviation from PHCK’s first ADID venture, countering death with birth. But just as the butterfly, symbol for metamorphosis and resurrection, does not actually die, a birth of an ocean – though the rare phenomena has rattled our truth by actually having begun – cannot be fulfilled in one lifetime. In reference to the brooding birth of a new ocean in the Afar region of Africa, a seismologist portrays ’it will pull apart, sink down deeper and deeper, and eventually parts will drift off, create a new island.’ Melody lacks in the onstart of ‘Birth Of An Ocean’, rather a consistent beat tickled with undulating echoes from a distant, and high-pitched electronic chime, congregate.. Initially a disconsonant prance, the elements at some point find a particular wave in which they are able to ride and harmoniously ebb and flow. A slow, meticulous strike on the violin weaves the track together, and as the rhythm and beat pick up, a beautiful, nuance dance takes place and the thought of drifting, even on an ocean, becomes less anxious.

PHCK as a trio, simply, made this EP work. All three tracks behind All Day I Dream’s 24th release, lighthearted and emotional as a listener will allow it to be, provide plenty of conjectures, congruences and complications that parallel day to day life. Elephants, Desert Rose, and Birth of an Ocean are filled with color, texture and various shapes of sound, and yes it may be emotional. But essentially, emotions make art and music meaningful, because emotions are what move life, and whether you dream with PHCK alone or in a day party, inward or adrift, enjoy the dance because ‘the meaning and purpose of dancing is the dance. Like music also, it is fulfilled in each moment of its course.’ – Alan Watts