It got complicated. But only when speaking of DC Salas‘ EP on Live At Robert Johnson, as his four tracker, out in the midth of the pandemic, was entitled The Complicated Art of Dreaming. A few weeks back the Belgian-based D(iego) C(ortez) Salas released a chaotic approach, but avant-garde and Italo-disco enough to bring in Roman Flügel in the scene, who took on remix duties for Undivided and thus fulfilled a long-lasting dream of Diego. However, Roman’s remix result and Diego’s three original takes were out on French imprint Slowciety summed up as Exquisite Chaos. Now Diego delivers a dreamy exquisite chaos as he, the Kiosk Radio-resident, compiled a more than two hour-lasting partly downtempo disco-esque journey for Torture the Artist’s art:cast series, marking the 99th edition of it. The experienced Biologic co-label head lets Acid bleep, bass lines wobble, chords resound and genres merge to create a vocal poor but musically rich approach to the DC Universe and it’s marvellous. Accompanying his tribute to DC11-mix, Diego’s resident club in his hometown of Brussels, he tells us how he’s overcoming and dealing with the pandemic, his tasks when it comes to the Biologic label, spoils us with his favorite musical findings over the past months and teases us with upcoming releases from him and on the label.

Those 2 hours and 15 minutes are like a condensed version of what I would play there during an all nighter.

Torture the Artist: Hello Diego, tell us something about your day.

DC Salas: Living the lockdown life from my new apartment in Brussels. Busy between setting up the new home studio, chilling with my girlfriend and some freelance work.

I saw the pandemic as a chance for being more focused on the studio side of things.

Torture the Artist: How has the pandemic changed you, maybe some of your routines and views and how difficult is it for you to deal with the current situation as an artist, who can basically not pursue his career?

DC Salas: I saw the pandemic as a chance for being more focused on the studio side of things. It helped me finish some EPs and remixes. I really felt inspired. But I consider myself lucky, because I have a freelance daytime job. I’ve never been 100% dependent of my gigs. It helped me to see the situation from another perspective: a time for creativity, a time for new priorities. I tried to stay optimistic, but it’s not as easy as it seems.

Torture the Artist: Has the pandemic changed your taste in music, for example do you enjoy certain genres or influences more than before?

DC Salas: The pandemic (and my moving <laughs>) have changed my way of listening to my own record collection first. I spent a lot of time rediscovering my vinyls and my music on my USB sticks. Even before the pandemic, I wasn’t listening to club music 24/7, but those weird times pushed me to listen to more ambient, slow paced music. I also enjoyed rediscovering my dad’s music collection including a lot of MPB/Brasilian music. 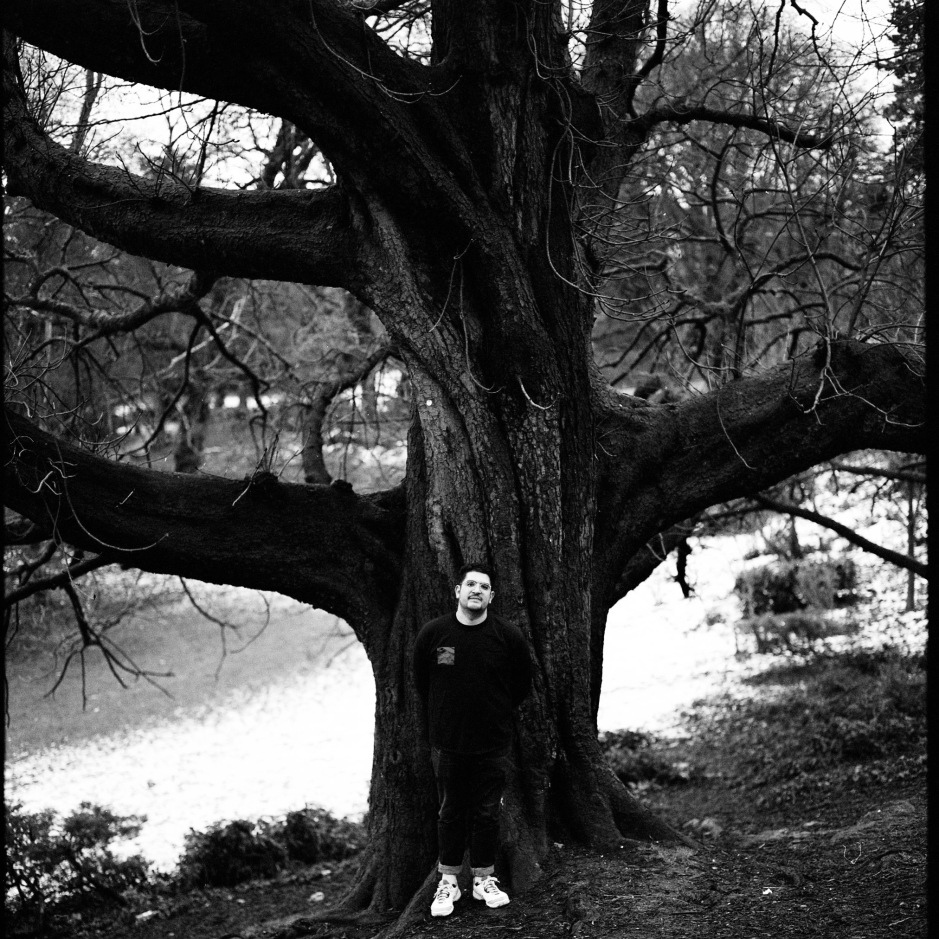 Torture the Artist: What are your top 3 track discoveries from or during the pandemic?

DC Salas: This is a reaaaally difficult question to answer. However, here are some of my favourites:

You can listen to more of my favorites in my Spotify playlist here:

Torture the Artist: You just released your EP Exquisite Chaos on French label Slowciety, which comes with a remix from legendary Roman Flügel. How did this come about and was having a track of yours remixed by Roman on your bucket list?

DC Salas: I’ve been following Slowciety since their launch and I always found their artistic choices super on point and original. At some point, they contacted me with the idea of releasing an EP. We met in Paris, drank a (Belgian beer) and the deal was sealed. The human aspect is also a big priority for me. I loved their motivation and their team spirit.

Regarding Roman, it’s still a dream for me. Roman has played a pivotal role in my electronic music life since forever. But this year, even more. He’s an example of kindness and artistic consistency.

Torture the Artist: Generally speaking the past months have been going quite well for you in terms of releases. You’ve had an EP on Live At Robert Johnson, another on River Rapid and now on Slowciety. Did or do you use the pandemic to work on more original material and how does this forced break impact your workflow and output?

DC Salas: I signed and finished 5 EP’s + 3 remixes during the pandemic. I can clearly say it helped me to finalize all those demos stuck in my computer. <smiles> I’m a home studio kind of guy, so my workflow didn’t really change. I just felt less in a hurry and took more time to express myself.

Torture the Artist: Paradoxically you’ve released quite some music this year, but your own Biologic label’s last release dates back to June. How does this go together?

DC Salas: Biologic is an important part of my life, it’s the platform I developed with Harold/Abstraxion to give more visibility to (relatively) young talents. We’ve been pretty quiet because Harold released an amazing project in August: his second daughter, Alma. <smiles> There’s no pressure in our project. We’re releasing music when we feel we have something strong. And trust me, we’ll be back soon.

We took this pandemic as a time to think about the future instead of putting a lot of pressure on our platform.

Torture the Artist: In terms of making income a lot of labels keep releasing music even when it cannot be played out in clubs. How does all this influence you and did it play a role for not releasing anything on Biologic Records for some months?

DC Salas: Biologic is a music lover’s project. We took this pandemic as a time to think about the future instead of putting a lot of pressure on our platform.

Torture the Artist: Biologic Records is run by Abstraxion and you, what’s everyone’s task when it comes to label works?

DC Salas: I’m more on the A&R side of things. I love spending hours listening to demos and discovering shady Soundclound accounts. I’m also working on the communication part of the label, since it’s my day job. Harold is dealing with the admin part, but he also plays a big role in the artistic decisions. Everything is discussed together.

Torture the Artist: How did founding a label with Abstraxion come about or rather what was the pick-up line for your musical relationship?

DC Salas: We met 14 years ago in Brussels, in a place called Wax Club. I was 17 years old and the resident DJ there. I did a warm up for Harold and we instantly became friends. He started Biologic for his own productions, but a few years later he proposed that I should join the adventure and here we are.

Torture the Artist: Belgium allows ‘cuddle partners’, who’s an artist you’d like to cuddle up with in the studio to produce new music with or are you more of a maverick when it comes to producing music?

Torture the Artist: What kind of track would you like to produce that you maybe have not?

Torture the Artist: What sound from your childhood would you like to implement in one of your tracks?

Kiosk will be the place where I’m playing the weirder part of me.

Torture the Artist: You hold residencies or regularly play at Kiosk Radio as well as at Tsugi Radio. How do you approach the preparation for each show? Are your selections planned, or completely spontaneous? And how difficult is it for you to stay musically inspired to play radio shows without any club action at the moment

DC Salas: Kiosk will be the place where I’m playing the weirder part of me, less club oriented. Tsugi will be more about new/upcoming stuffs, promos with a club focus. There’s always a wide selection made before the shows. But I never have a clear view on what I will play. I need this spontaneity.

Torture the Artist: What’s your approach for the latest art:cast episode you mixed and compiled and to what extent does it differ from your radio residencies?

DC Salas: I recorded with an intention in mind: paying a tribute to the lovely C11 club, the club where I’m regularly playing in Brussels. I play in the smaller room, C12, and it’s the best venue in town. Those 2 hours and 15 minutes are like a condensed version of what I would play there during an all nighter.

Big up to the C11 team during these rough times. You can support them by buying some nice merch.